The orca is one of the most instantly recognizable creatures of the ocean, and many people know it as the ocean's apex predator.

While people like to think of them as the ocean's deadliest species, these killer whales aren't very fond of humans, and orcas have attacked very few humans in general.

As of today, the only killer whale attacks that have been documented are captive orca attacks.

There is no record of an orca ever killing or eating human in the wild. The reason for this is that humans are not part of the killer whale's diet. However, once in a blue moon, a killer whale will lunge at humans due to cases of mistaken identity, as humans in wetsuits look a lot like seals.

For example, in 2017, a killer whale chased a surfer in Norway during the Lofoten Masters surfing competition. Just before it made contact, the killer whale appeared to pull out, realizing at the very last second that it was a surfer, not a seal.

Orca Attacks In The Wild

On September 9, 1972, Hans Kretschmer, a local Californian surfer, was surfing off the coast of Point Sur when an orca bit him. Many researchers maintain that this was one of the only well-documented instances of a killer whale attacking a human. Kretschmer had to get 100 stitches for his wounds.

On February 20, 2014, diver Levi Gavin was diving for crayfish and kina at the Horahora Estuary, about 40 miles east of Whangarei. While in the water, an orca bit onto a catch bag attached to his right arm. The orca ended up dragging Gavin down in the water for around 40 seconds before the rope that connected him to the bag came undone, and he was able to free himself.

Gavin was not injured, and the killer whale was only interested in the fish he was holding. 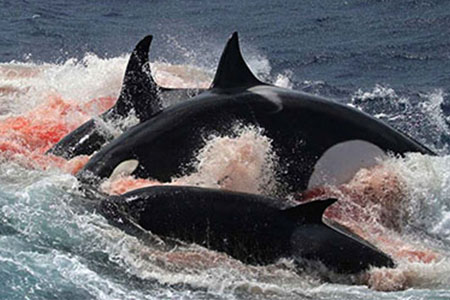 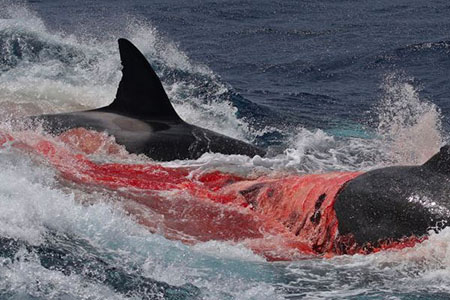 One of the most famous attacks from killer whales was on June 15, 1972, when a pod of killer whales attacked the hull of Dougal Robertson's wooden schooner named Lucette. He and his family were cruising on the schooner 200 miles outside of the Galapagos Islands when the killer whales holed and sunk the boat.

Luckily, he and his whole family were able to escape to a dinghy and inflatable life raft. They spent 38 days at sea before being picked up by a Japanese fishing trawler.

We wouldn't classify killer whales as "dangerous," especially wild killer whales. These apex predators don't usually give the time of day when it comes to humans. However, that doesn't mean you shouldn't be cautious.

While they don't purposefully attack humans, they have on accident in the past. With such enormous bodies and powerful jaws, an attack can be fatal. Most of the time, the only reason orcas tend to attack is if they feel threatened or distressed.

They don't eat people, though they may fear people. Our human instincts are to fight back for survival if an attack occurred, and killer whales share the same instincts.

Some of the most famous attacks came from captive orcas. Here are a few of the most notorious:

Dawn Brancheau was one of SeaWorld's most experienced dolphin trainers during the height of her career , which is why it came as a shock to everyone when she was mauled to death by one of the southern resident killer whales that she'd come to know and love.

During a "Dine with Shamu" show in February of 2010, Tilikum, the largest bull orca in the tank, grabbed Dawn by the ponytail and dragged her into the pool. At only 126 pounds, it was nearly impossible for Dawn to break free from this 12,500-pound whale. 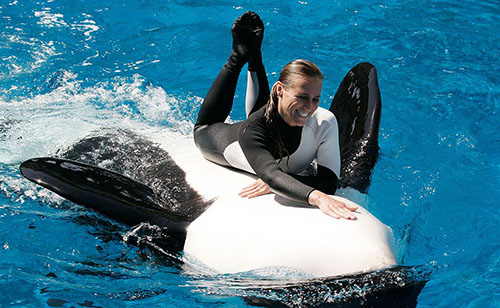 Dawn's colleagues did all they could to try and get Tilliku to release Dawn, though he would not respond. Instead, he began thrashing Dawn around, her arm eventually coming off in his mouth. Before she drowned, Tillikum has scalped her, dismembered her, and broke just about every bone in her body.

This was not the first time Tillikum had killed.

Before he was sold to SeaWorld, he was involved in the death of a young trainer at Victoria's SeaLand. He also killed a SeaWorld trespasser in 1999 named Daniel Dukes, who was found the next day completely naked on Tilikum's back with puncture wounds and bite marks. 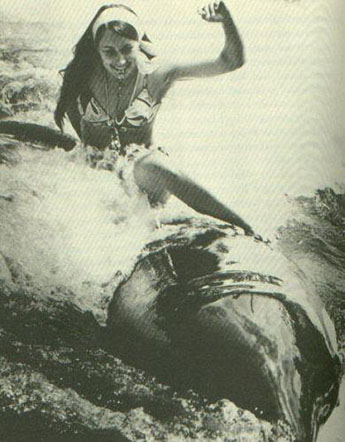 On April 20, 1971, Annette Eckis, a SeaWorld secretary, decided she would go out for a ride on the park's main attraction: Shamu (a ten-year-old killer whale).

This Shamu was the original Shamu at Sea World in San Diego, California.

When the ride was nearly over, the whale suddenly threw Eckis off its back, grabbed her leg, and began pushing her through the water.

Trainers standing by on the side of the tank tried grabbing onto Eckis to help her get up out of the water, but Shamu would not let go of her leg.

Eventually, a team had to use a large pole to pry Shamu's jaws apart so she could get loose.

Eckis suffered wounds that required 25 stitches. Later on, she sued SeaWorld, though the case was overturned with a monetary appeal.

Why Do Orcas Attack Humans In Captivity?

While wild orcas typically leave humans alone, there are many attacks on humans from captive orcas. All fatal attacks from these killer whales occurred at marine parks or other orca-holding facilities.

In most instances, the attack victim is a park employee or a trainer rather than one of the public visitors. Since the 1970s, more than 30 incidents involving captive killer whales have resulted in injury or death.

Researchers believe that the reason there have been so many fatal attacks in captivity has to do with the stress of the orcas' confinement. The stress leads them to be aggressive towards humans and other dolphins in the vicinity.

Whales are complex. There is a reason why they don't attack or kill humans in the wild. When trapped in marine parks, they live shorter, more stressful and aggressive lives.

Not quite done yet? Check out our recent article: Are Orcas Dolphins Or Whales?  The answer may surprise you!