What exactly is a mermaid and should you be worried next time you take a trip to the beach?

Mermaids are mythical creatures that appear in stories and folklore around the world. They appear in ancient tales and are still popular today, featuring in famous writings such as The Little Mermaid and modern-day movies like Pirate of the Caribbean.

If you love mermaids, or just want to find out some information about the fascinating mythology surrounding them, carry on reading!

With around 80% of the Earth's oceans being unexplored, let's dive into the fascinating world of mermaids.

Mermaids are sea creatures that are half-fish, half-human, however, there is no proof mermaids are real.

Mermaids, the female counterparts- are half-woman, whereas mermen are half-man half-fish.

These mythical creatures appear in many maritime stories throughout history, from all around the world. 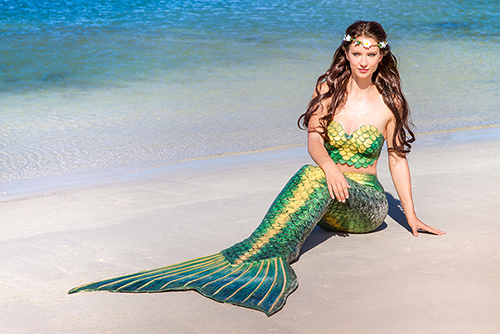 What's The History Of Mermaids? 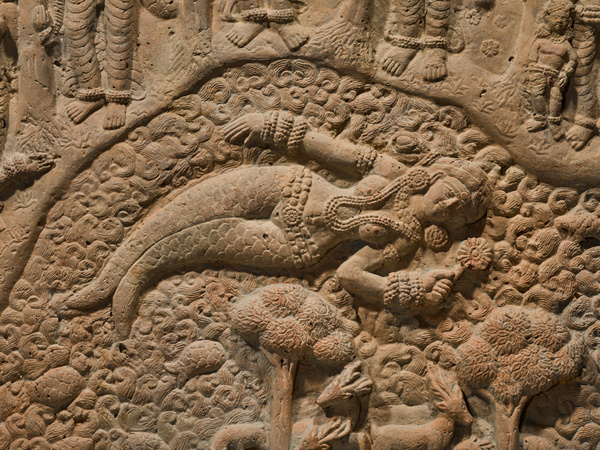 These aquatic humanoids appear in stories from many cultures throughout history. People believed the oceans hid an array of creatures such as mermaids, sea serpents, and the Kraken.

Mermaid stories have fascinated people for thousands of years. Depiction of magical females like mermaids have been found on Stone Age cave paintings around 30,000 years old.

There are stories of mermaids from around the world. Ancient Assyria (modern-day Syria) mythology describes the goddess Atargatis or Derceto, as half-fish half-woman.

These mythical creatures appear in Babylonian tales, Oannes or Era the Fish-God is depicted as being half-human and half-fish. Ancient Greek mythology featured the sea god Triton, and also the Romans had Neptune as their sea god. Both are shown as half-human, with a muscular upper body and a fishtail.

There are also many stories and legends from Scotland where the mermaids can take human form. In Ireland, they have beautiful creatures with long green hair called Merrows which look like what we think of as mermaids but with the male counterpart being more fish-like than human. 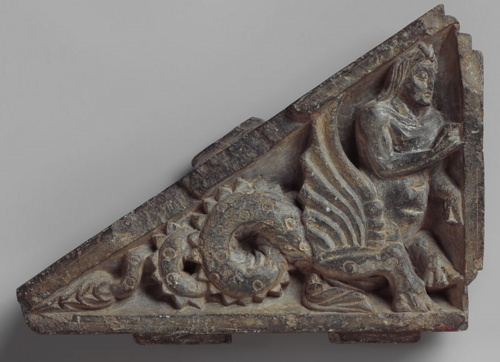 In more recent times religions such as Hinduism have Suvannamaccha, a mermaid princess, who also appears in some Thai folklore. The popular religion in Brazil, Candomblé, is based on beliefs from Africa and features Oxum and Iemanjá, mermaid water goddesses.

Are Mermaids Friend Or Foe? 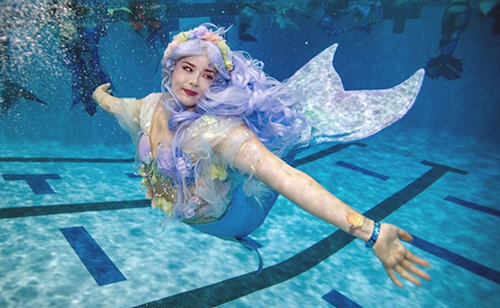 This very much depends on which stories of mermaids you are looking at. Some mermaid myths depict them as evil whereas in some stories they are good.

There is plenty of folklore and mermaid mythology where these aquatic humanoids are associated with bad luck and tragedy. One story, a very famous tale from Ancient Greece, Homer's Odyssey features the notorious sirens, beautiful creatures which lure sailors to their deaths with their singing. These mermaids eat the unlucky men.

Not quite as famous as their female counterparts, the half-human mermen also have a reputation for misfortune causing ships to sink and sailors to drown in the sea.

The Blue Men of the Minch from Scottish folklore are said to challenge ship captains to rhyming competitions and only if the captain is successful do these half-human half-fish creatures let the ship go safely.

Mermaids exist as children-sized water spirits in Japanese folklore. In these mermaid myths they would challenge humans with games where if the human lost, they would be killed.

Slavic myths feature Rusalki which are water nymphs. This can also be translated as a mermaid, and these water nymphs were originally quite benevolent with a positive influence on agriculture and fertility but later ended up with darker aspects to their story. People thought these mermaids were ghosts of those who died violently by drowning and lure sailors to their deaths.

These sea maidens aren't all doom and gloom as there are positive mermaid myths out there. A water spirit called Mami Wata was worshipped in South, West, and Central Africa.

Portrayed as a snake charmer or mermaid, she was said to be able to bestow health, wisdom, and beauty to her followers. The American museum, the Smithsonian says that her appearance as a mermaid has been influenced by other African water spirits, Hindu gods, and the European-style mermaids.

In maritime folklore, mermaids or sirens are associated with shipwrecks and bad omens but mermaids were often used as figureheads on ships. These mermaid carvings feature a woman's head at the bow of the vessel and were thought to appease the ocean to help the ship find a safe way home and ensure the weather whilst at sea stays favorable.

What Are The Explanations For Mermaid Sightings?

The scientific community has no proof that mermaids are real. No one has accidentally killed one whilst fishing or found real mermaid bodies. Mermaids exist only in fiction, so what are the explanations for the existence of mermaids and all the mermaid sightings from around the world?

Christopher Columbus, the famous explorer reportedly saw three mermaids whilst he was at sea, sailing somewhere close to where the Dominican Republic is located, describing these aquatic creatures as “not half as beautiful as they are painted.”

The infamous English pirate, Blackbeard even reported seeing mermaids in a similar area. It is thought that Christopher Columbus and Blackbeard actually saw manatees. 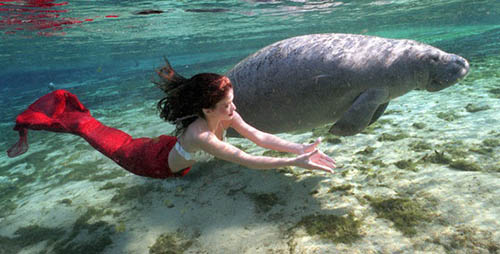 Manatees are not half-fish aquatic humanoids but marine mammals that are also known as sea cows. They are found along the eastern coast of North America from Florida all the way to Brazil. Some sea cow species live in the Amazon River whilst the African sea cow inhabits the West African coast and river.

Over the years there have been claims that mermaid bodies have been found but they have either been other partially decomposed corpses of other creatures or a hoax.

One of the most famous mermaid hoaxes was the Feejee Mermaid also known as the Fiji Mermaid.

This supposed aquatic creature was created by P. T. Barum in the mid-1800s.

The Feejee Mermaid was displayed in Boston, New York, and London and shocked those who viewed it, however, it is thought to be the upper body of an ape sewn to a fishtail to create a gruesome-looking mummified corpse.

Who Are The Most Famous Mermaids?

There are also plenty of other mermaids in popular culture. If you love mermaids, you are in luck as there have been loads of TV shows such as Mako Mermaids. H20 Just Add Water, Ocean Girl, Tidelands, Aquamarine, and don't forget Daryl Hannah's fabulous mermaid tail in the 80's classic 'Splash'. 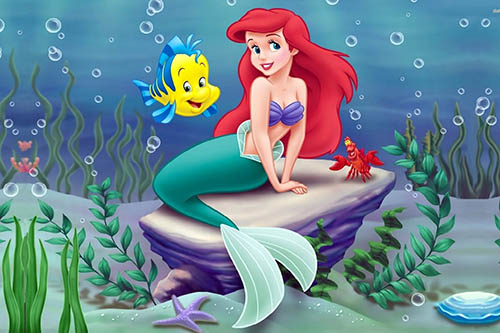 Although fictional, mermaids offer a fascinating history steeped in mythology and legends. Tales of mermaids span the globe as well as the ages and have influenced modern-day fiction.

From children's stories and cartoons to horror movies, these fabulous aquatic humanoids still hold a place in everyone's imaginations.