Why Do Waves Break

You know that waves provide hours and hours of fun, whether getting barreled on your board, or bodysurfing, but do you know where they come from?

Well, the study of breaking waves is under the scientific discipline of fluid dynamics, which studies how liquids and gases interact with the Earth.

Is this starting to feel like your eighth-grade science class yet?

No worries, we promise we'll make it fun! So come dive in with us as we explore how breaking waves, well... break!

Why Do Waves Break As They Approach The Shore?

According to the scientific community, wave breaks occur when wave amplitude hits a critical peak, causing immense wave energy to transform into wild, kinetic energy. You can think of it like a basketball rolling down the side of a steep hill.

When waves approach shallower water, typically near the coast, they become steeper. At some point, their crest must adhere to the laws of gravity.

As waves move into shallow water, the bottom of the wave will slow down. At some point, the top of the wave moves faster than the base, causing it to spill over itself.

The general consensus is that waves break when you have a water depth that is 1.3 times the wave height. 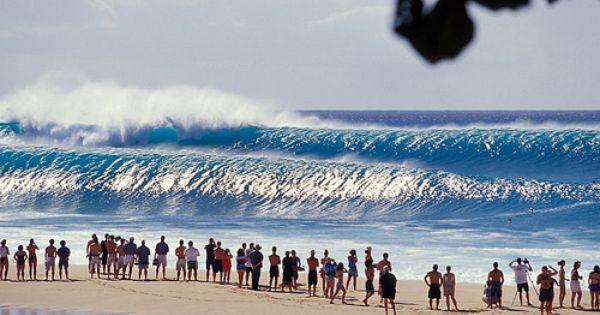 Another way to think of this is when the steepness of the wave (the ratio of wave height and wavelength) exceeds a 1:7 ratio, the wave becomes unstable and breaks. The slope of the seafloor has a significant impact on how quickly it will impact the wave.

The wave height increases when the ocean floor is steep, which is why wave height grows in shallow water.

One must also factor in wind direction when studying wave breaks. Offshore wind, when the wind blows against the top of the wave, is excellent for creating breaking waves. The beauty of these winds is that they slow the wave down so that it has time to build energy as it travels towards the shore.

Onshore winds, on the other hand, do the opposite. These winds blow AWAY from the beach and speed up the breaking process.

FUN FACT: The process of the deformation of incident waves on a lower shoreface is called shoaling.

Why Do Deep Water Waves Sometimes Break Instead Of Just Getting Bigger?

The reason a wave would break far out is because the bottom of the ocean gets shallow due to a reef. Shallow reefs out in the deep ocean do happen but it is rare, most of the deep ocean topography is much more deep and that allows the swells to continue to travel (and not break) until they roll further into the coastline and turn into shore break.

The two types of swells are wind swells and ground swells. The best type of surf swells though are going to be ground swells for good waves. Longer wavelength waves move fast into shallow water before they break. As these waves approach the shore, they meet the ocean floor. The ocean floor creates drag for the waves, reducing the wavelength to transfer energy up and over.

However, if there is a wind swell, waves will often break in deeper water. By the time these waves reach the shore, they will usually be crumbly. 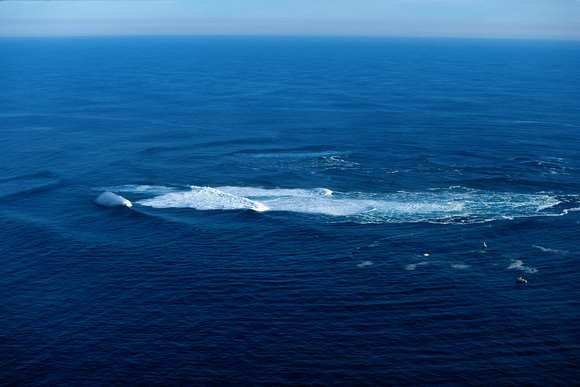 It is important to note that there are four types of breaking waves, including:

Funny fact, one odd occurrence is when swells from two directions come together, which creates square waves.