The way the waves shift about in the ocean can be inspiring, calming, heart-pounding, and every emotion in-between. Since the dawn of time, the ocean's beautiful waves have had a profound impact on us as humans.

If only there were a way to describe that feeling, right?

Well, if you come along with us, you'll find a huge collection of new and old unique words and ways to describe the feeling of the waves beneath your board.

"You can't stop the waves, but you can learn to surf."

"A wave isn't like a skate ramp or mountain; everything's moving around, and you have to time how to move along with it. That's easier with a slow wave."

"You never really know what’s coming. A small wave, or maybe a big one. All you can really do is hope that when it comes, you can surf over it, instead of drown in its monstrosity." 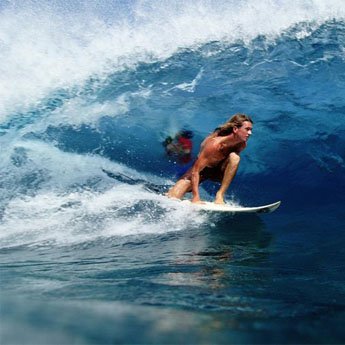 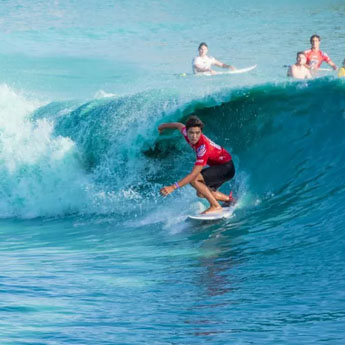 "Be water. Flowing, flexible, and soft. Subtly powerful and open. Wild and serene. Able to accept all changes, yet still led by the pull of steady tides. It is enough.”

"The wet sand on the shore

Feels good to walk on.

The waves lick my feet;

Beg me to return

To have a row with The Sea

"The waves of the sea help me get back to me."

"Listen to the sound of waves within you."

"The waves broke and spread their waters swiftly over the shore. One after another they massed themselves and fell; the spray tossed itself back with the energy of their fall. The waves were steeped deep-blue save for a pattern of diamond-pointed light on their backs which rippled as the backs of great horses ripple with muscles as they move. The waves fell; withdrew and fell again, like the thud of a great beast stamping."

"I wish to spend a lifetime near a lighthouse where loneliness will be the glimmer of luminous prancing upon ocean waves… rising and falling only for my breathing."

"Just like the ocean always in love with the moon."

"Life comes at us in waves. We can’t predict or control those waves, but we can learn to surf."

"Waves are the practice of water. To speak of waves apart from water, or water apart from waves is a delusion."

"Waves are the voices of tides. Tides are life. They bring new food for shore creatures and take ships out to sea. They are the ocean's pulse, and our own heartbeat."

"Love was like the waves in the sea, gentle and good sometimes, rough and terrible at others, but that it was endless and stronger than the sky and earth and everything in between."

"Through living in a space that we do not understand, everything may become meaningless, incoherent, and forcefully scary. If fear rules our lives, we lose the core of our being, since 'fear' disrupts the schedule of our existence and blocks the soothing waves of the sound vibrations."

"In a mind clear as still water, even the waves, breaking, are reflecting its light."

"Life is a wave, which in no two consecutive moments of its existence is composed of the same particles."

"Someday, after mastering the winds, the waves, the tides, and gravity, we shall harness for God the energies of love, and then, for a second time in the history of the world, man will have discovered fire."

"The secret of success is to be in harmony with existence, to be always calm to let each wave of life wash us a little farther up the shore."

"The breaking of a wave cannot explain the whole sea."

"Waves are inspiring not because they rise and fail, but because each time they fall. They never fail to rise again."

"Surfing waves of water or clouds of powder snow is the best feeling on earth."

"Just take your time - wave comes. Let the other guys go, catch another one."

"Don’t worry if you’re making waves simply by being yourself. The moon does it all the time."

"It’s a wonderful metaphor, catching a wave, for how you can look at other challenges in your life."

"Stop running after the waves. Let the sea come to you."

"The sea is a desert of waves, A wilderness of water."

"The sea, to be happy, like hearts, must be stirred."

"When you do dance, I wish you a wave o’ the sea, that you might ever do nothing but that."

"The castle of Cair Paravel on its little hill towered up above them; before them were the sands, with rocks and little pools of salt water, and seaweed, and the smell of the sea and long miles of bluish-green waves breaking for ever and ever on the beach. And oh, the cry of the seagulls! Have you ever heard it? Can you remember?"

"For a surfer, it’s never-ending. There’s always some wave you want to surf."

"There is no new wave, only the sea."

"Just as the ocean has waves or the sun has rays, so the minds’ own radiance is its thoughts and emotions."

"I found myself in a sea in which the waves of joy and sorrow were clashing against each other."

"Waves, once they land on the beach, are not reversible."

"Let the waves carry you where the light can not." 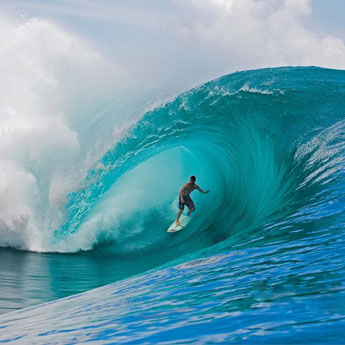 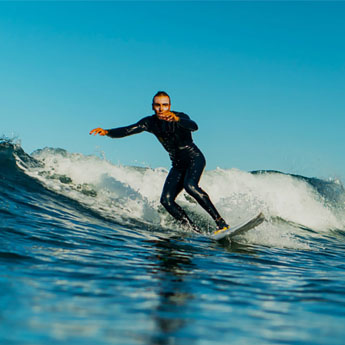 "Dance with the waves, move with the sea. Let the rhythm of the water set your soul free."

"Her happiness floated like waves of ocean along the coast of her life. She found lyrics of her life in his arms but she never sung her song."

"Currents shift and move but it’s only where the water breaks that the wave becomes visible. A pandemonium occurs, where substances collide, and then something new comes into being."

"People choose to struggle when people don't want to relax. Sometimes it is not on your side. Relax; calm down. No matter how hard the waves are, you will float on the ocean."

"Be like the cliff against which the waves continually break; but it stands firm and tames the fury of the water around it."

"Home is where the waves are."

Sometimes, you just need to see some beautiful salt, sand, and waves in your life. Though they may not all be about surfing, we hope that these quotes and sayings about waves make you want to get away to the beach more.

Whether you're looking for an inspirational Instagram caption or a collection of wave quotes to share with your friends and family and motivate you each day, make sure to take these sayings along with you.