This past year, Vans did the unthinkable and released a pair of rubber slip-on shoes, completely rinsable and ultra-comfortable.

We know what's going through your head right now,

"Did Vans REALLY make a pair of Crocs?"

It definitely looks that way!

The true question is, are they legit?

Let's dig in and find out!

However, we think that the Vans Trek Slip-On was a bit of a retaliation move after Crocs released their Citilane Roka Court Fashion Sneakers this past year, which closely resemble classic Vans.

This Croc doppelganger could be the next best casual piece of footwear in the skating industry, or it could be a total atrocity.

The feedback has been pretty hilarious, with one guy on Twitter saying: 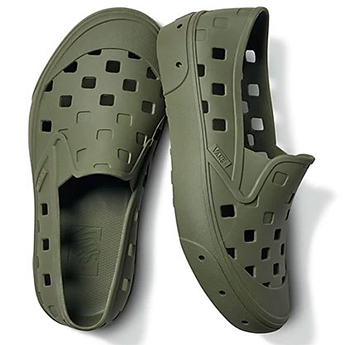 "You either die a hero, or you live long enough to see yourself become the villain."

Regardless of where you stand, it's hard not to love how ridiculous these things are!

What Is The Vans Trek Slip-On Made Out Of? 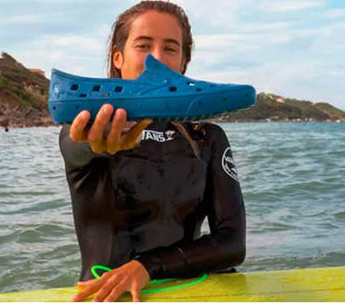 This comfy shoe is made out of a single, durable piece of rubber. You'll find a very familiar waffle traction pattern on the bottom, which has been somewhat of a staple for the company for more than half a century.

If you head to the online shop, you'll find tons of options to choose from. The color palette ranges from blue to black to pink to army green. We're pretty sure that Vans will continue rolling out different color options as the year goes on.

The rubber is surprisingly strong, allowing you to wear them just about anywhere without feeling vulnerable. In essence, they're a solid alternative to sandals.

Whether you love how ironic these rubber slip-ons are, or you genuinely have the desire to rock them, we think they're an absolute win for either camp! If you're planning on getting yourself a set of Vans Trek Slip-Ons, many people say to go a half-size down from your regular shoe size.

So throw on your socks, slip on your Crocs, and head out to the shore, you Shoobie!