The question of who the most stylish surfers are, or even what makes a stylish surfer, is a hotly contested one. Most surfers have their own definition of style, and even getting two friends to agree on what they love to watch most in surfing is never simple.

The key is - there are several competing approaches regarding how to surf a wave. From the tradition-inspired flow of longboarders, to the radical back foot turns and airs of a progressive shortboard surfer. Generally, what surfers consider most stylish is the surfing they themselves aspire to.

Let's look at the most popular styles of surfing. But, which is best? You'll just have to make up your own mind on that one.

Archaeologists and researchers believe the act of riding waves has existed in some form or other for as long as there have been people living by the sea, watching waves break on the beach.

The idea of paddling and standing up on a board to ride waves appears to have originated in Polynesia. Explorers first reported witnessing a stand-up style of surfing in Tahiti during the 18th century, but it is unknown how long the local residents had been practicing the sport. It is around this time that the haole meaning came to be used for foreigners.

When Europeans first reached Hawaii, the sport of surfing was well established, having cultural as well as recreational importance. 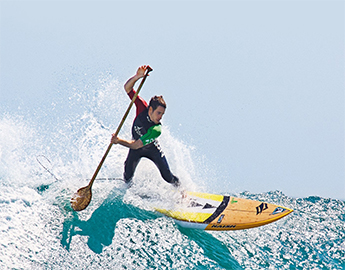 Following his impressive Olympic career, he toured America and Australia giving exhibitions of swimming and surfing prowess. Hawaiian surf style had been seen outside of the islands before, but Duke's fame helped spread awareness of surfing, paving the way for the surfing Olympics of today.

The development of modern surfing styles occurred in tandem with advances in surfboard technology. The early wooden boards were heavy and not particularly maneuverable, limiting what could be done on the face of the wave. They were also finless, which affected control.

In the 1930s, fiberglass longboard surfboards appeared. The first (single) fins were added at the same time, leading to more refined surfing styles. Extra maneuverability and stability allowed surfers to draw out a deeper bottom turn and hold the board more effectively in the lip for nose-riding.

With this progression, more stylish surfers started to appear at beach breaks and points. The better they looked on the wave, the more people took up surfing. Even as newer styles of surfing develop, longboarding is still popular at beaches all around the world. For some super-stylish action, just check out anyone with the surname Tudor. Father Joel is a multiple world champion and son Tosh looks set to carry on the legacy (although he also rides a shortboard just as well).

While many surfers were content to practice their smooth longboard lines on the beach breaks, others wanted more speed, sharper turns, and to ride deep inside the barrel. The desire to explore a new surfing style led to the development of shorter, lighter surfboards through the 1960s and '70s. Experienced surfers like Gerry Lopez caught plenty of attention both with their surf style and because they could catch waves that weren't accessible to longboarders, being too steep and critical for giant boards. 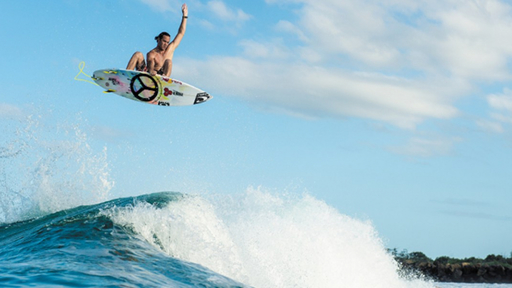 So came the big divide in surfing styles. Cruisy, smooth longboarding vs. the excitement offered by the new shortboard shape. As the latter style developed board designs changed along with it. With the introduction of twin and eventually the thruster surfboard (3) fin setups, modern progressive surfing was born.

A few names have become synonymous with style when it comes to progressive surfing over the decades.

Tom Curren was considered the most stylish competitor of the 1980s, and many modern competitors cite his swooping carves as an inspiration for their own surf style.

One surfer heavily influenced by Curren was Kelly Slater. 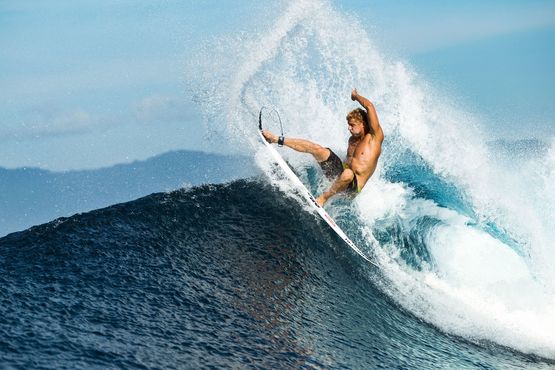 It's hard to argue against the opinion of the most successful competitive surfer of all time, with his own reputation for style and 11 World Championships to his name.

In the modern era, when discussing the most stylish surfer, a name that comes up repeatedly is Australia's Joel Parkinson.

Taking his place as one of the surfing champs, Parko's powerful carving maneuvers are linked together so smoothly, even on big waves, that judges have been accused of underscoring his rides because he "makes it look too easy".

Others claim style in modern surfing is about above-the-lip aerial maneuvers. If that's what you love, you're spoiled for choice. John John Florence, Gabriel Medina, Felipe Toledo, Jordy Smith, Italo Ferreira - the list of candidates for aerial surfing style king goes on and on.

Another type of surfer often springs to mind when talking about style in a surfing context. Soul surfers are not focused on progression, but rather combining the right board with the right wave to produce a balance of speed, power, and flow that feels amazing and looks effortless. 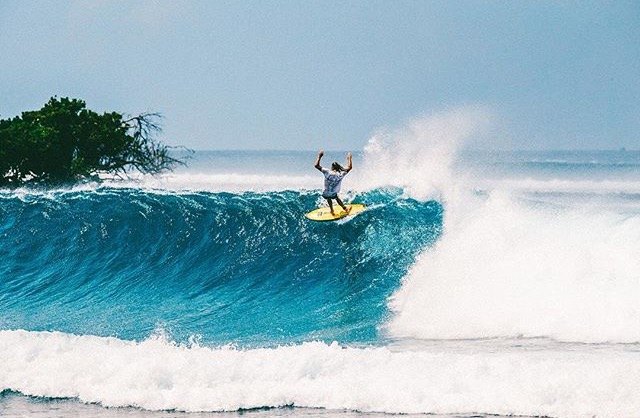 The epitome of this movement has to be Australian-born, American-raised surf legend, Rob Machado. Whether he's surfing a standard shortboard or one of his signature fish designs, the way Machado reads a wave makes for poetry in motion.