As technology pushes forward exponentially each day, the ability for surfers to optimize the surf increases as well. If you've never been to a surf pool, you're missing out.

From North America to Asia and beyond, are so many great wave pools out there for surfers to catch waves on, many of whom were never lucky enough to live near the ocean!

If you're looking to get some wave pool action in this year, come dive in with us as we check out some of the best surf pools in the world today.

The Surf Ranch was revealed back in 2015 as an incredible feat of technology, pumping out pristine, high-energy tubes for the chosen few to ride. The pool, which is an artificial wave pool that was originally used as a waterskiing park, is located in Lemoore, California.

The unique thing about Kelly Slater's Surf Ranch is that it produces the longest open-barrel wave made by men in the world.

Currently, the Surf Ranch is owned by the WSL and is only accessible to those who are very wealthy, well-connected, or in the pro realm. A daily rental during the season will cost you around $55,000. Even in the off-season, a daily rental will set you back $33,000.

Many people joke about how it is essentially $450 for one wave at the Ranch. With 12-25 waves hourly, surfers can expect to get a good days work in if they are able to visit.

The Wave first opened back in 2019 as the very first Wavegarden in the UK, marking the first in what may become many Wavegarden facilities spread around the world. This spot means business.

This incredible surf pool produces head-high slabs and gentle, knee-high rolling waves, all of which come from the company's top-secret technology. The neat thing about the waves here is that they can be set according to rider skill level.

The place stays open throughout the year, though winter hours are shorter, running only from 8 am to 3 pm. Surfers can spend an entire day surfing here, as there are 900 waves per hour.

At £45 for adults and £30 for groms, it is a much better deal than trying to worm your way into a sesh at Slater's spot.

Anyone who has ever heard anything about wave pools has likely heard about the BSR Cable Park in Waco, Texas. In 2018, it became the talk of the surfing community. Anyone who was seeking out one of the world's best wave pools was going here.

The great thing about BSR is that the combinations of artificial waves the machine has the ability to produce are absolutely astounding. Stab hosts a wave pool contest known as "Stab High," which riders book out many months in advance.

BSR is open for all ages and all skill levels from newbie to intermediate riders. You must show up an hour before your booked session to sign waivers.

The pool makes use of American Wave Machines PerfectSwell technology, which creates lefts and rights. The semi-hollow to hollow waves roll for about 30-60 yards each. On an average day, BSR will see anywhere from 120-160 waves hourly.

As for the price, you can expect to pay next to the same that you would pay for a day at The Wave in Bristol. One thing we love about this spot is that the company has made it feel very relaxed. People often BBQ nearby and you get the vibes of hanging out at the beach rather than being at a sterile facility.

The Urbnsurf facility was the very first wave pool in Australia. The facility sits just next to the Melbourne Airport about 20 minutes outside of the downtown area.

Urbnsurf is open to riders of all ages and has a range of different artificial waves for beginners and veteran riders. The waves come in both left and right-hand breaks and can be anywhere from 2-7 feet in height. Beginner waves are a few seconds shorter than intermediate and advanced waves.

Surrounding this massive concrete pool, you'll find the Three Ducks restaurant, a shop for all of your surfing necessities, and a bar to enjoy some cervezas after the ride!

On the other side of the world lies Wadi Adventure, which was made famous by the "Electric Blue Heaven" video from Dion Aguis. Up until this clip, surfers hadn't realized the full potential of artificial waves. This particular surf pool is quite unique in that you either get a really steep right-hander or a left-hander that breaks off of a wall and spreads out into the center of the pool.

The surf pool allows for six riders for each session and charges a rate of $18 for entry to the waterpark and $48 for hourly surf sessions. You get six waves in this sixty-minute sesh, which divides up a few right and lefts.

If you choose, you can rent out the pool for private use, which is $460 and includes custom wave settings. While Wadi Adventure is a family waterpark at heart, many people enjoy having private parties because of the nightclub-like atmosphere surrounding the big surf park.

The Typhoon Lagoon, which first completed construction back in 1989, is known for generating a single six-foot wave every 90 seconds. The waves come in both lefts and rights, both of which move fast into a closeout near the center.

The Typhoon Lagoon is the perfect spot for those who don't know how to surf, as they offer lessons. Plus, unlike some other major surf parks out there, you can rent out the Lagoon for private surfing.

This waterpark makes use of Murphy's Artificial Waves technology and is 2.5 acres in size. Admission for the waterpark is $65, though you can pay $165 extra if you'd like to get some surf lessons in while you're there.

It should be noted that surfing space is limited, as the waterpark is open to swimmers only from 10 am to 5 pm. Surf sessions are in three-hour increments, providing around 100 waves. Many say to wear swim shoes as well, as the bottom of the pool has a sandpaper-like texture that can do some damage if you scrape up against it.

If you're looking for big, performance-oriented waves, this might not be the best one for your desires. However, if you're a fan of Disney and would like to get in the water to escape Florida's heat, this place is a great choice.

The early 2000's were full of quirky yet exciting clips from companies like Quicksilver and STAB. If you were watching surf videos during that era, then you likely saw some riders hitting the Sunway waves.

The park is open to the public and serves riders of all ages. Murphy's Waves technology generates a combination of rights and lefts, all of which are pretty slow and crumbly. The waves reach heights between 2 and 6 feet and run for 30 yards until they dissipate.

The surf park hosts a maximum of 12 people and costs the price of entry to the park. For surfer on his or her way to Bali, going for a stop in Malaysia to enjoy this public Sunway resort is a must.

So there you have it, the world's best wave pools, surf parks, and surf lakes. From the exclusivity of the Kelly Slater Ranch to the free-for-all attitude of BSR in Waco, there are many ways to enjoy an artificial wave experience. 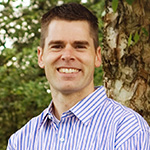