Come dive in with us as we explore the ins and outs of surfing in the Olympic and Paralympic Games.

Is Surfing In The Olympics?

Surfing made its debut, along with five additional sports, at the 2020 Olympics. The International Olympic Committee and the Tokyo Organising Committee added these sports to bring a more youthful spirit to the event.

Now, the IOC recognizes the International Surfing Association as the World Governing Authority for a variety of watersports, including surfing, bodyboarding, stand-up paddling, and prone paddling.

A member of the Argentinian National Surfing Team, Fernando Aguerre, became the ISA elected president back in 1994. After his election, he went to meet with Juan Antonio Samaranch, the former IOC president, to talk to him about include surfing in the Olympic Events. That meeting was the catalyst for ISA to develop the sport globally and spread the word about Olympic inclusion.

Surfing took place at the Tokyo 2020 Olympic event, though only one of the US Surfers brought home a medal.

Here are the results for the Olympic Surfing Events:

The wave of Olympic success carried on past the Tokyo 2020 games, as the Executive for the IOC confirmed the proposal for Paris to include Surfing as one of the sports in the 2024 Summer games. As of now, Tahiti is the location the committee selected.

Carissa Moore was the first surfer to win both a gold medal and a WSL World Title in the same year.

Carissa was born and raised in Honolulu and learned how to surf when she was only five.

Moore noted that winning gold in the Tokyo 2020 competition was a dream come true, especially since this was 101 years after Duke Kahanamoku, the father of modern surfing, first mentioned his dream of taking the sport to the games.

Moore is known for her power and finesse in the waves.

In both male and female categories, Caroline Marks was the youngest surfer to have qualified for the WSL Championship Tour when she was only 15 years old. Marks finished off the 2019 WSL Tour, ranking second behind Carissa Moore.

Marks grew up in Melbourne Beach, Florida, and learned to surf when she was 11 years old.

However, before she decided that riding waves would be her main focus, Marks frequented horseback competitions, which was her primary sport.

After winning a Championship title in the USA Surfing Under 12 competition, Marks said that she wanted to be the "best in the world" and "change the sport." 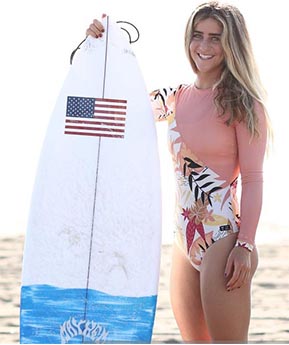 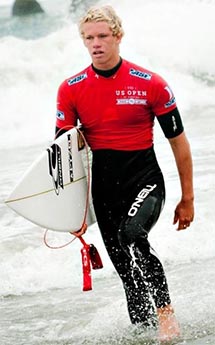 John John Florence is a two-time world champion surfer and has slowly become one of the most decorated and dominant surfers of our time.

Florence was raised on Oahu's North Shore and learned how to ride Pipeline, one of the world's most sought-after waves, at a very young age.

At only age 13, Florence became the youngest surfer to compete in the Triple Crown of Surfing.

Beyond his highlights in the world of surfing, Florence envelops himself in pure ocean mastery.

From sailing to swimming to filmmaking to environmentalism, you can find Florence just about everywhere.

He also started a production company known as Parallel Sea, which gave birth to films such as Tokyo Rising and Vela.

In the summer of 2020, Florence released an apparel company known as Florence Marine X.

Andino was the first person that qualified for the USA Surfing team back in October. His performances were so strong during the fall of 2019 that he took the first position without difficulty. Andino grew up in San Clemente surfing with his father, who was a pro surfer.

During his childhood, he won nine National Scholastic Surfing Association titles and seven USA Surfing Champion titles. These wins were record-breaking for male surfers under the age of 18.

Kolohe's style can be described as progressive and aggressive, making him one of the most exciting surfers to watch.

With speed and power, he dominates the competition, leaving other athletes in the dust. 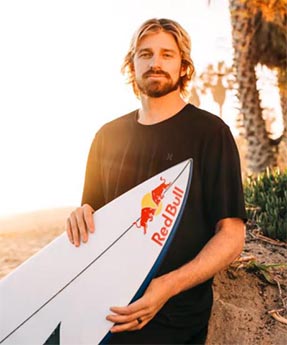 Many San Clemente locals look up to Kolohe, who provides them with support and encouragement as they learn to ride.