If you’re like me, the second-best thing to scoring firing waves and having an epic day of surfing is to play surfing video games!

Check out the top 3 that made out list below! 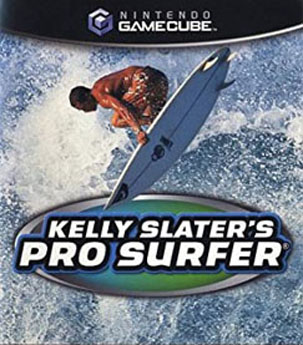 This was my go-to back in the day, you can’t go wrong here.

Kelly Slater has been held as the world's best surfer to date and with good reason.

His professional skills in the sport have garnered recognition and fame along with a video game title called Kelly Slater's Pro Surfer which was released in 2002 for the Gamecube, Gameboy Advance, PS2, and Xbox.

It was also later available on the PC in 2003 and made a splash on the scene with fruitful results.

Not only that, but Kelly Slater appeared as an unlockable guest character in another prolific sports title we all know as Tony Hawk's Pro Skater 3 in 2001 before his game was released.

This is a testament to his prowess in the surfing sport and he has an impressive track record.

The surf games he has featured in portray the style of the Tony Hawk games but are adapted to the innovative surfing sport. It accomplishes its mission while featuring licensed catchy music that gives the player a surfing vibe and brings the experience to life. Kelley Slater's pro surfer got generally good reviews and remains a staple classic in the gaming industry even when competing with modern titles. Many still enjoy riding the relaxing waves with new challenges and gameplay options. Kelly Slater has made the biggest splash on the surfing scene not only with his video game endeavors but primarily as a professional surfer, musician, and philanthropist. His competitive achievements are staggering with 11 World Surf League championship titles and an even longer list of general wins. This video game has stood the test of time with fun and memorable gameplay that will have you coming back for more waves!

He has also appeared in many films and television shows over the year and has solidified his presence as the face of the surfing industry. His commitment to excellence can be felt while playing this title, and many still view it as a valuable treasure of their collection. Kelly Slater's Pro Surfer empowers players to experience the same waves while playing as their favorite surfers. The key element of this surfing title that makes up most of the game is the career mode which is a pleasant and enriching experience full of surfing wisdom. Many sports games lack this history in storytelling, but this game dives deeper into the ocean of his backstory and keeps players informed so they understand it better while playing.

There are ten playable professional surfers to choose from and each one has its own backstory to consider with varying stats. Those who haven't played this legendary game can expect to travel the globe on an epic boat journey to catch the most amazing waves in the world. The boat is only the transportation aspect of the video game and serves to add continuity and connect the dots so to speak. It helps to make the game stick out and give it character among other similar titles.

The experience is distinct and made a big splash on the scene when older consoles were the new thing. You won't stay on the boat for long because you have to get to different beaches to experience the epic waves of a lifetime. There are standard score challenges and specialized location feats to conquer with rewarding and stimulating gameplay. There's nothing like achieving that elusive high score trick after trying a few times and then finally nailing it. There are many facets to this title including unlockables and new maps with each successful challenge, and it also features a relaxing single-player mode for a serene and freeing experience for casual preferences. 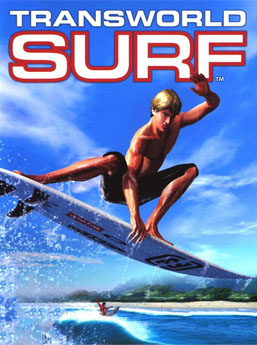 Transworld surf is another epic surfing game that has appealed to many over the years with stylish results.

Surfing video games have evolved since this title was released, but it was ahead of its time.

There are over 20 breaks that will give you an extreme challenge and also a rewarding gameplay experience.

Video games make anything possible and this has been prevalent across many sports, and Transworld surf is a remarkable example of a genre of video games that have captured the hearts of players on the older consoles and even into the next generation.

There are iconic locations featured such as the Todos Santos, Hossegor, and the epic Tavarua. You can take on the waves by yourself or with a friend to get a sweet ride with the Reef Girls, but one should be wary of the sharks. The game features some incredible sound and very nice-looking waves for an older generation of consoles. It can be either a very calming or extreme game that will stimulate the senses with a wide variety of characters to choose from totaling 13 real-life professional surfers. There are nine different real locations to select that include Hawaii, Pipeline, and other classic locations where these surfers have all shredded. An interesting feature in this title that isn't found in other surfing games is the concept of Karma. The developers realized that there might be players who abuse certain parts of the game and ruin the experience for others by stealing their waves or purposefully hitting them.

A penalty system was wisely placed that punishes players for bad manners and encourages a more friendly experience. Video games have the vast capability to bring the waves to life and make you feel like a real surfer without even touching the water. Many are deterred from the sport for various reasons and sharks are a big one. Here you can experience all the realistic elements of surfing from the comfort of your home and it can serve as a fun and exciting social activity for you and your friends. Each one of these titles has their own distinct makeup and were designed to give the player a memorable and enhanced experience that will have you shouting "Cowabunga" in no time! 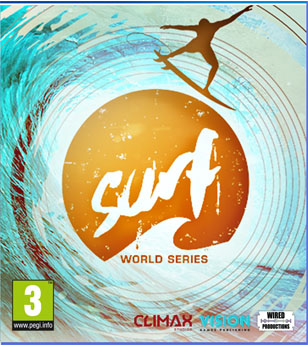 Surf video games have continued into the next generation of consoles with fantastic results and have sparked an interest in many new players.

Surf world series is a perfect example of a game that utilizes a stunning graphics engine and impeccable game design that makes it a pleasurable experience for hours on end! There are five classic shorelines to traverse such as Bell's Beach and Waimea Bay.

Each location brings its own distinctive quality to the game and helps the player experience a sense of realism that is unparalleled.

The single-player is massive with 45 individual challenges that will test your surfing skills and bring your game to the next level.

The game features a comprehensive leader board so you can observe how you stack up against the competition and strive for increased prestige.

The arcade-style is unique and innovative in its approach to a modern surfing game and over-delivers with content and additional features. If you're looking for a more prolonged competitive edge then it also features an online tournament option where you can wash away the competition and see the fruit of your labor from long hours of practice. These tournaments contain up to 15 other players to compete against for the righteous title of best surfer! There are three exciting game modes to choose from to give players variety, longevity, and replayability for the long term. The first game mode is called the big heat battle which gives players a chance to show off their tricks and raw skills. You actively battle surfers in a race against time for the high score on as many waves as you can within the framework of two scores.

If you achieve the highest score overall then there is an immense sense of accomplishment from tackling the steep competition. The next mode to consider trying is called survivor mode which takes other players out of the water and pits you against the swell. Players can expect to challenge a single wave, but each one varies in difficulty. If you wipe out on one of the more daunting waves then you have to start over from the beginning so this mode can be a major adrenaline rush when you finally conquer that elusive swell. The final game mode to play is called wipeout which is the last thing you want to do in this mode because it will give you a hefty penalty against your final score. After practicing the game and getting acquainted with the controls you can test your consistency in this mode to reap the benefits of high-scoring tricks in a race against father time.

This challenge is for experienced players who are experienced in staying afloat under pressure and can be an incredibly rewarding experience. The graphics of this title are surreal and therapeutic as opposed to all the other standard genres. It is noticeably special and makes an excellent addition to your gaming arsenal with versatile options and replayability. It is available on Steam, Xbox One, and Ps4 which makes it accessible to everyone. Surf video games are a distinct genre of sports gaming that has a relaxing yet exciting effect while playing. If you've ever been to the beach before then you will understand that tingly feeling when the sun is fractured over the water and glimmering with an otherworldly visual appeal. Many are passionate about surfing and it has been more popularized thanks to iconic surfers. Gamers now have the power to join them in a flawless simulated surfing experience.

That wraps up our list of the best surfing video games but be on the lookout for the release of The Endless Summer Search For Surf video games that is soon to be released.