While squid and octopuses may look the same to the untrained eye, they are two very distinct animals. From diet to lifestyle and beyond, there are a multitude of traits that make each of these sea creatures unique.

Today, we're going to take a deep dive and explore the differences between these two long-armed sea specimens.

What is the difference between a squid and an octopus?

Before we dive in deep, let's look at some of the main differences:

What Is An Octopus?

Octopuses are part of the Cephalopoda class and the Octopoda order.

These unique sea creatures have eight arms and small, beak-like mouths in the center of their bodies, have an incredibly complex nervous system.

Almost every octopus has a round head as well.

The smallest octopuses around are about five centimeters in length, though some of the largest can be anywhere from 20 to 30 feet long.

Because they spend most of their time on the 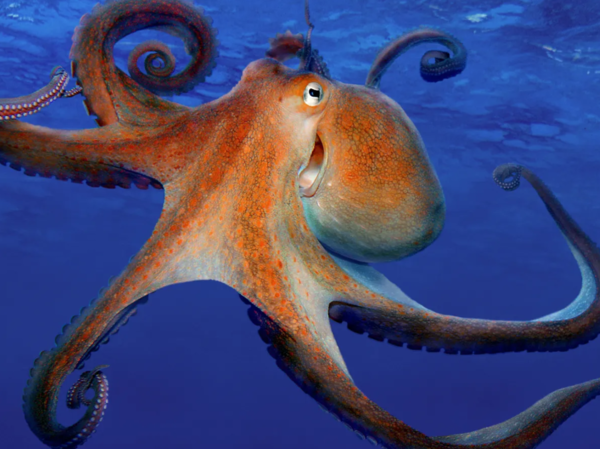 ocean floor, they must use their arms to crawl around and look for food.

People all over the world enjoy octopuses in cuisine, especially in Japan.

What Is A Squid? 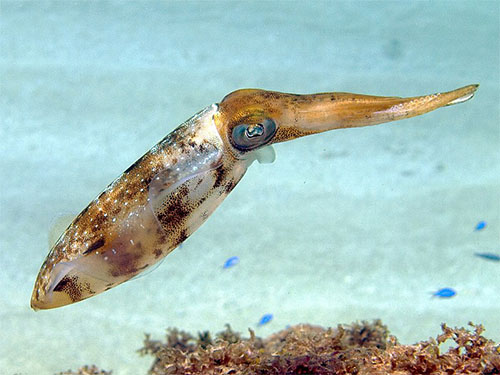 A squid is a soft-bodied marine animal that lies in the Cephalopoda classification, underneath the umbrella of the Teuthoidea order.

Squids are feather-like in structure, with two highly complex eyes on each side of their head.

Not every squid is giant like you might think. While some can grow up to 20 meters long, some are as small as 1.5 centimeters.

Every squid has eight arms and two extra tentacles to hunt prey. Two of these tentacles have rows of suckers with pointy rings.

Squids also use a unique camouflage technique to squirt dark ink into the water to escape from harmful situations with ease.

In terms of diet, squids love eating small fish and shrimp. When not feeding or hunting, they spend their time mating in groups and laying their eggs on nearby coral or rocks.

People enjoy squids in cuisine all over the world, especially in Japan. Some of the most popular squid dishes include tempura, sashimi, and vermicelli strips. 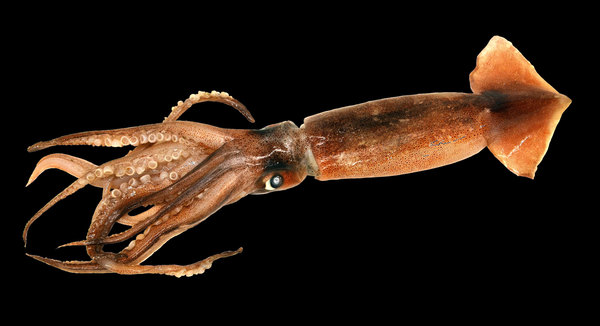 Squids can grow much larger than octopuses. Giant squids reach up to 20 meters (66 feet) long. On the other hand, even the biggest octopuses never grow past 5 meters (5.4 feet).

While they are both very intelligent Cephalopods, many marine biologists believe that squids are just slightly less intelligent than their octopus and cuttlefish counterparts. However, with that said, squids are much more social than octopuses, displaying greater abilities to communicate with one another.

What Is A Group Of Squid Called?

A group of squid is referred to as a "squad," though many people might refer to squads of squid as "schools" or "shoals."

What Is A Group Of Octopus Called?

There is no term widely used to talk about an octopus group, as they are usually very solitary animals. However, some people refer to a group as a "consortium."

What Color Is Octopus Blood?

Like snails and spiders, the color of octopus blood is blue, unlike most other mammals with red blood. Many researchers believe their blue blood is an adaptation that resulted in the inability of the octopus to migrate far in the ocean.

What Is A Baby Squid Called?

A baby squid hatchling is known as a "paralarvae," which is a term that we use to describe all baby cephalopods.

For More Fun, Check Out Our Recent Articles:

Clams vs Mussels vs Oysters