You may have heard the term "square waves" pop up when surfing before, though you may have felt confused as to what they were. Understanding different types of wave patterns like square waves can be incredibly helpful for avoiding dangerous situations when in the water.

To learn more about square waves and why you should avoid them at all costs, continue reading below.

What Are Square Waves?

As you probably know, the majority of the waves that reach the shoreline break parallel and horizontally.

Strangely enough, there are a few regions throughout the world, where a bird's eye view presents a square partner on the surface of the water, very similar to a chessboard.

While the phenomenon of these waves is quite unique and rare, they can be very dangerous. 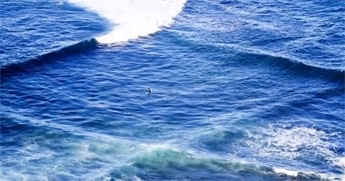 A look from above makes it seem as if there is a grid beginning to form underwater.

The strange thing is that these types of waves are caused by the intersection of two seas, otherwise known as cross seas. Essentially, two opposing surf swells will collide into one another, forming these unique cross waves in the ocean. 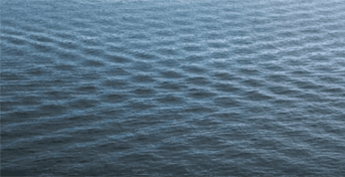 While this type of pattern formation from above may look majestic, it can present a lot of dangers, even when the swell is small.

If you ever see square waves while in the ocean, it is important that you get yourself out of the water as quickly as you possibly can.

Trying to swim or surf in the middle of a cross-sea is incredibly risky. Even if you're familiar with the cross-sea pattern and consider yourself an experienced swimmer or surfer, taking the risk isn't worth it.

Cross-sea patterns are one of the major sources of shipwrecks and boating accidents. One of the things that makes them such a threat is the hard, crisscross angles, which are difficult for people to escape from once they appear.

Where Can I Find A Cross-Sea?

There are many beaches around the world where you can find cross-sea systems. However, many of them will appear and disappear in a matter of minutes, so you need to keep your eyes peeled.

One of the most famous regions in the world for people who study cross-sea systems is the Isle of Re off the coast of France. In many ways, this little island is one of France's hidden gem tourist attractions. People who visit must go during the right time of year to catch a glimpse of the cross seas.

Another place to experience the unique cross-sea phenomenon is right outside of Lisbon, Portugal.

The ocean is quite a fascinating place. However, these are some circumstances in which you don't want to mess around. If you ever see a square wave form around you while swimming or surfing, you need to get to shorter as soon as possible.

The sea can go rogue at any minute and it won't hesitate to swallow an entire ship, let alone a surfer. Be a more vigilant surfer, have an understanding of the waves, and be as knowledgeable about the sea as you possibly can.