Over the last 50 years, there have been 2,785 documented shark attacks worldwide.  Yet that doesn't scare you from sending it on your annual surf trip.

The last thing you want to do is become another statistic.

With five different methods (magnetic, electric, sound, visual and chemical) used to deter sharks, you might wonder which is most effective?

Sharkbanz products, one of our favorite shark repellent manufacturers, has pioneered the way of magnetic shark repellent technology with over a decade of peer-reviewed research and product testing.

Check out how Sharkbanz compares to other shark deterrent technology in this Sharkbanz review. 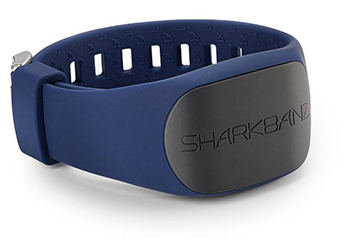 When it comes to the top of the line magnetic shark repellent, look no further than this real review on Sharkbanz.

They teamed up with sun-soaked surfer Nathan Garrison and his father to create a band that is effective, simple, affordable and stylish.

Which they accomplished in 2014 with the creation of the first Sharkbanz.

Countless hours of testing have gone into their Sharkbanz creation.  Testing the product took a baited dummy named Bernie taunting a school of bull sharks.  They sent Bernie with a leg full of fish and an ankle with a Sharkbanz towards a shark frenzy where there were 1,235 total interaction data points made.  When wearing Sharkbanz, 0 attacks were committed by the sharks. When the band was removed an attack was committed by the bull sharks every 46 seconds.

Now it’s nice to know that good ol’ Bernie didn’t get an ankle torn off by sharks while wearing Sharkbanz.  But how does this technology work and prevent you from a shark attack? Inside the band, you will find a set of magnets. These magnets create a strong magnetic field that sharks can detect with their very sensitive sensory organ, known as an Ampule de Lorenzi.  This sensory organ is how sharks see and touch. And when they encounter a Sharkbanz, they undergo a shock to that system. Similar to a flashlight being shone in our eyes, it doesn’t hurt but we don’t like it. This is one of the awesome benefits of Sharkbanz.  It is a non-invasive deterrent that causes no harm to the animal, it just deters it.

Another benefit to their product is how affordable they’ve made it.  At under $100, you can most certainly justify purchasing risk-reducing equipment to gift yourself or a loved one.  There are undoubtedly other effective shark deterrent products on the market, but it will cost you. More on this later.

In addition to the affordability, there is also the added benefit regarding the versatility of a Sharkbanz.  Whether you’re a surfer, diver, snorkeler, cage-free shark diver or swimmer, the Sharkbanz product is designed for all water sports.  The waterproof band is made to stay on your bare wrist while surfing. And it’s also designed to adhere to the water pressure changes while diving down to 100m/330ft.  You can use it interchangeably for any water sport you pursue for the next time.

The ergonomic design is sleek, stylish and comfortable.  You wouldn’t want to be caught dead wearing a gawky eye soar of an outfit, so why settle when wearing a shark deterrent.  There is a range in color choices, from black, white and teal. The premium materials used to make the band provide silky-smooth comfort while wearing.  You can fit it on anyone ages 5 and up.

You are already equipped with so many electronic gadgets that need charging.  Why cram another USB cord into the junk drawer. With Sharkbanz use of magnets for their shark deterrent technology,  there is no need for batteries or charging. So that’s one less charger you’ll have to pack in the briefcase. And don’t worry about said briefcase while carrying your Sharkbanz as the product is TSA approved.

Another upside to Sharkbanz 2 is the warranty.  Sharkbanz stands by their equipment and guarantees a one year warranty against faulty workmanship and materials.

Even though magnetic shark repellent has been proven to deter sharks, it doesn't stop an encounter.  Just like a seatbelt, the Sharkbanz band is intended to reduce the risk of injury. Wearing multiple bands helps provide a stronger magnetic field during a shark encounter.  Keep in mind you can wear them on your ankles, wrists or both. It’s a good thing that they are so affordable in the event you do want more than one.

Be conscious of the strong magnetic field The Sharkbanz yields when you wear it.  The band doesn’t only disrupt a shark's sensory field. The strong magnets inside the product can also disrupt certain electronic devices such as batteries, hard drives and cameras.  Keep your magnetic shark repellent 12 inches away from the items listed along with, computers and credit cards at all times. You can prevent damages by keeping your Sharkbanz 2 inside the magnetic shielded protective case it is provided with.

Keep in mind that Sharkbanz should not be put in direct sunlight in cars.  And should not be left in heated areas exceeding 150 degrees Fahrenheit. This could result in damage to the band and would not be covered under warranty.

As I mentioned earlier there are other shark deterrent products and methods used for reducing the risk of a shark incident.

With all the options out there, you can only rely on scientific backed products.

Another one of those products you can trust is The Shark Shield Freedom 7 by Ocean Guardian.

The electric field used against sharks is a highly effective shark deterrent.

This time if sharks get close an electric current reduces the risk of a shark attack by disrupting the sharks Ampullae De Lorenzini.

The Lithium rechargeable battery it comes with has over 300 charge cycles and a charge that lasts up to six hours during use. This model has a depth rating of 50 meters or 164 feet.

Now there are two Shark Shield 7’s on the market, that being the Freedom 7 and the Surf 7.  The only difference between the two is that the Freedom 7 is worn as an ankle model. Whereas the Surf 7 is directly installed onto a surfboard or kayak.

A user commented that the product really works as he could feel the electric current when his shark shield 7 touched him.  In fact, it kept touching him and became a disturbance during his dive. Unlike the band Sharkbanz 2 uses, the Shark Shield 7 comes with a long 3ft cord that trails behind you.  And can be shockingly effective.

The Shark Shield Freedom 7 is undoubtedly a shark deterrent you can trust.  It puts out a noticeable electric current that sharks don’t like engaging. If you are interested in purchasing one it will cost about quadruple the price of our previously mentioned Sharkbanz 2.

Does shark repellent work on only certain species of shark?

Although Sharkbanz hasn't been able to test their product on every single shark, they have tested it on the most popular to have shark attacks. Those being bull shark, lemon shark, white shark, blacktip and hammerhead. All of which have proven to be deterred from the magnetic band.

Sharkbanz magnetic shark repellent technology disrupts sharks receptors. Which deters the shark away from the person who will wear the band. It must be worn any time you are in close proximity to sharks. 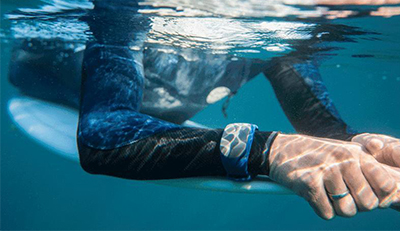 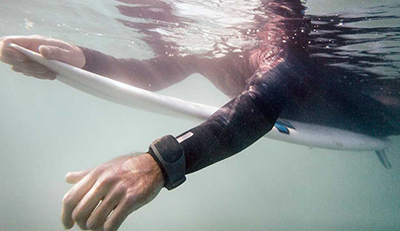 The answer is no. The beauty of Sharkbanz is the use of magnetic technology to disrupt sharks Ampule De Lorenzini. The magnetic filed disturbs shark's sensory organ which is non-invasive and harmless to sharks.

No, Sharkbanz do not attract sharks. They simply deter sharks when wearing the product. Sharks are not interested in the strong magnetic field put out by the band.

Final Decision - Which Should You Buy?

The Sharkbanz 2 and the Shark Shield Freedom 7 both are credible and accountable shark deterrents.  Both products are backed with scientific research proving that sharks are deterred while using their equipment.  So that leaves you asking, “Which should I buy?”.

I say you need to purchase a Sharkbanz 2.  It is exceptionally more affordable than the Freedom 7.  Why not save a lot of money on a product that works just as effectively.  The versatility of a Sharkbanz 2 model also supersedes the Freedom 7.  As you can use it interchangeably with all watersports by wearing it on your wrist or ankle.  You would have to spend several hundred extra dollars on a Shark Shield Surf 7 if you were going in between surfing and diving.

Lithium-Ion batteries can be a hassle to travel with.  There’s potential for delay with the Freedom 7 while The Sharkbanz 2 TSA friendly standards give you the green light.  As long as you remember to travel with your magnetic shielded box.

Don’t put your surf or dive dreams on hold because of some sharky waters.  Grab a Sharkbanz 2 and get out there. 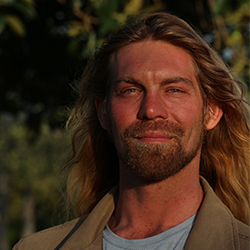