Long before we were able to study the ocean's depths, humans have always been equally fascinated and frightened by what lied beneath the ocean's surface. Even with modern technology, we're still not totally sure what lies in the ocean's deepest waters.

With that in mind, it's pretty easy to see why the world's greatest storytellers wrote about giant sea monsters that laid waste on massive shipping vessels and pulled humans to their watery graves.

Today, we're going to take you through some of our favorite sea monsters and where they came from.

While we're fairly certain that all sea monsters are not real, that doesn't mean there aren't giant and potentially dangerous sea creatures that could easily pass as mythical sea monsters.

For example, a few hundred years ago, European sailors often told the tale of a massive sea monster known as the Kraken, who would destroy ships and devour entire crews of sailors. Today, we believe that sea monster to really be the giant squid, a real-life sea creature that has ten arms and grows up to the size of your average school bus.

Mythological sea monsters are said to come from the human imagination. With a blend of mystical tales, vibrant cultural symbols, and mistaken identities, it's easy to see why these creatures have become so ingrained in our written history. 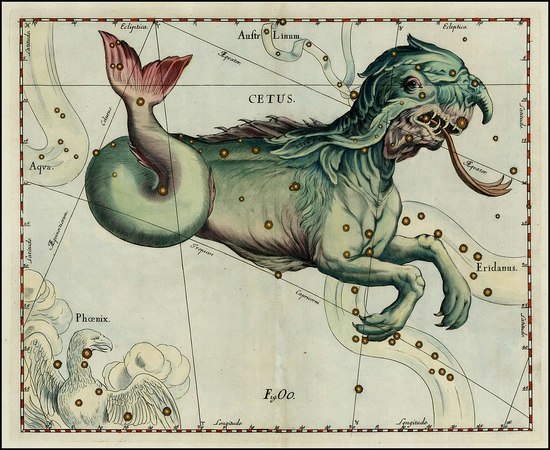 In the mythical tale of Perseus and Andromeda, Perseus was heading home after having beheaded Medusa when he stumbled upon a gorgeous woman chained up as food for a sea monster known as Cetus. So Poseidon sent Cetus to terrorize the lands of Aethiopia.

Perseus eventually slew Cetus in a few versions of the story with the head of Medusa.

Many people believe that the Kraken sea monster in Clash of the Titans was based on Cetus.

Scylla was a mythological sea monster that lived underneath a rock in the Messina straits. Scylla had six heads and was said to use a whirlpool known as Charybdis to devour ships that had escaped its wrath.

The nine-headed Lernaean Hydra sea monster lived off the Lerna coast. The unique thing about the Hydra was that when a human cut off one of its heads, two more would appear in place of it. It was also said that the Lernaean Hydra lived at the entrance of the underworld. In the story of Hercules, one of the tasks he had to go through was killing the Hydra.

The Sirens were famous for luring sailors away to demolish their ships upon the rocky shores.

So the name "sirens" was quite fitting, considering the fact that these sea creatures would use their enchanting songs to hypnotize the sailors passing by.

These mythical sea monsters had their most infamous display when they plagued both Odysseus and Jason and the Argonauts on their sea voyages.

Most of the time, artists will depict sirens as half-woman and half-bird.

In a map of Iceland from 1585, titled Islandia, we can see plenty of sea monsters parading about the ocean off the coast. One of the mythical creatures was the Hippocampus, an animal with a horse's head and fish's tail.

The Funayūrei, otherwise known as the "boat spirits," were ghosts of people who died while out at sea. The vengeful Funayūrei were very similar to sirens in that their main goal was to drown sailors. Many tales noted the Funayūrei using ladles to fill ships with water until they sunk.

The first known mention of the Funayūrei was from the Edo Period (1603-1867). To avoid the wrath of the Funayūrei, sailors used to bring ladles with missing bottoms onto their ships and throw onigiri (rice balls) into the water.

The Umibōzu, or "sea priest," is a sea monster from Japanese folklore. While historians don't know much about the origin of Umibōzu, there have been multiple sightings throughout Japanese history.

As stories go, Umibōzu typically appears when seas are calm, though it quickly turns the waters into a tumultuous storm. Umibōzu would demand a barrel or bucket from sailors and use it to drown them. One of the ways to escape the Umibōzu would be to give it a barrel without a bottom. 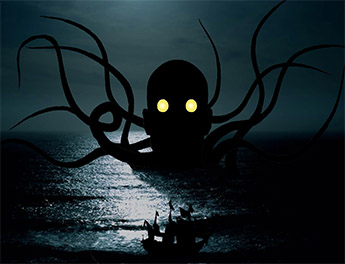 In Chinese mythology, the Shèn was a shapeshifting sea dragon or shellfish-like monster that would create mirages to drown sailors. This aquatic dragon had the power to transform its shape to blend in with the sea and was also said to create mirages known as Fata Morgana.

To this day, the "sea city and tower of Shèn" is a metaphor that the Chinese people use to describe delusions and mirages.

Da Peng is a unique sea monster. It is a massive bird that used its powerful wing flaps to stir the seas. However, some mythologists believe Da Peng was originally an enormous fish whose body stretched thousands of miles long. 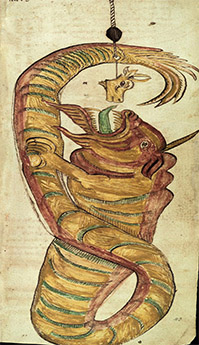 Jörmungandr is a sea serpent from Norse Mythology, otherwise known as the Midgard Serpent.

Jörmungandr had such a long tail that it could wrap all the way around the world and back into its mouth.

According to Loki and Angrboda, when Jörmungandr released his tail, it would mark the start of Ragnarok.

During Ragnarok, a seemingly apocalyptic event, Thor would fight Jörmungandr and slay the monstrous sea serpent, though he would eventually die from its venom.

The Kraken originated in Scandinavian folklore, though has appeared throughout many of history's cultures. In Norwegian, the word Kraken means "unhealthy or twisted animal."

The Kraken is often depicted as a giant squid that could devour entire ships and drag sailors down to their watery graves.

When the remains of a giant squid would wash up on shore in ancient Norway, people would take it as a sign from God or the Devil. Many times, people referred to these giant squids as sea devils or sea angels.

Jules Verne talks about the mythical Kraken in the famous tale, Twenty Thousand Leagues Under the Sea, 1870. 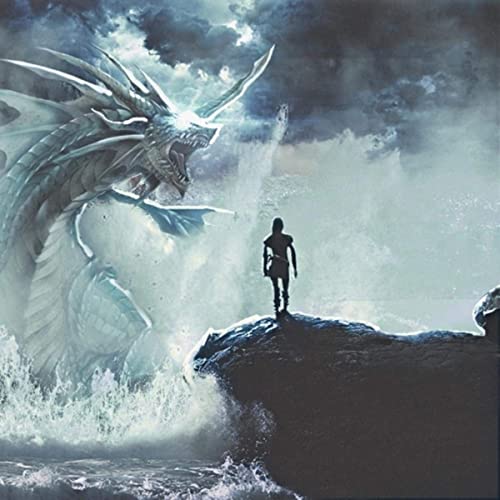 The Leviathan is a massive sea monster found in the old and new testaments. Historians believe that the name "Leviathan" comes from the Hebrew word liwyah, meaning wreath, though some believe it might also come from the Arabic word lawa, which means to twist or bend.

Some stories describe the Leviathan as a dragon with sharp teeth and fiery breath, while others describe it as a giant crocodile with scales like shields that javelins couldn't pierce.

In the 16th century, the Sea Bishop, sometimes referred to as the sea monk, a unique sea monster, was captured and taken to the King of Poland. After gesturing to a group of Catholic bishops that it wished to be released, the sea bishop was taken back to the sea.

According to a different story, a sea bishop was captured again in Germany in 1532. However, this time it refused to eat and ended up dying after three days. You can learn more about the Sea Bishop in the famous Historiae animalium, published by Conrad Gesner in 1551.

Many experts have concluded that this story was most likely based off of a monkfish, otherwise known as an angel shark.

In July 1734, Hans Egede, a Dano-Norwegian missionary, stated that he saw a massive, lion-like monster with glaring eyes while on a voyage to Godthab on Greenland's west coast.

He noted that this terrible creature resembled "nothing they had seen before."

Sir Humphrey Gilbert of England noted a similar sea serpent sighting while returning home from his Newfoundland voyage in 1583.

The loch ness monster is a terrifying creature known to inhabit a lake in Northern Scotland. Researchers and investigators have explored this lake with sonar and underwater cameras for many decades, though nothing has yet been discovered.

All of the fuss started back in 1934, when "surgeon's photo" of the giant beast appeared.

Sea serpents appear in tales throughout human history, many of which are fabled to create chaos and despair for traveling sailors. Modern experts have searched for natural candidates that could have potentially generated these spooky ocean tales. Many indicators pointed to the oarfish.

Oarfish are found in the natural world and can grow up to eight meters in length. With a flame-red crest moving along its entire body and a face like a horse, it's easy to see why the human imagination created the tail of sea serpents. The oarfish can often be found in the eastern Pacific Ocean.

The giant squid is a true specimen of the natural world, though surprisingly enough, it is not the largest squid around. In 1925, scientists discovered an even larger giant squid species, though the only evidence of this mega-giant squid was found in multiple body parts washed ashore.

However, in 2007, a fisherman hauled a massive giant squid specimen in New Zealand. This giant squid was named the "colossal squid." As of today, researchers are certain that the colossal squid can grow up to 46 feet long.

Are mermaids fact or fiction? Find out in our Are Mermaids Real article!