Living on the boundaries between land and sea, seals and sea lions are two marine mammals that we encounter more than most.

Both of these creatures belong to a group called Pinnipeds, which is a family of semi-aquatic mammals. Scientists believe that Pinnipeds split from other carnivorous animals, including felids and canines, over 50 million years ago. With that split, they gained their prominent characteristics, including long whiskers, massive flippers, and a thick layer of blubber that allows them to thrive in cold ocean waters.

However, while seals and sea lions may look similar to the untrained eye, they are very different animals with different habitats, body shapes, and social behaviors.

Let's take a closer look at the differences between seals and sea lions.

What Is A Seal?

A seal is a marine animal made up of several different families.

As of today, we know of 18 different species of seals living on Earth, some of the most popular of which include fur seals, harbor seals, elephant seals, and ringed seals.

The Baikal seal, the northern Elephant seal, and the Hawaiian monk seal are a bit more rare, and the Baikal is the only freshwater species.

Other than that, true seals live in polar, subpolar, and temperate waters. 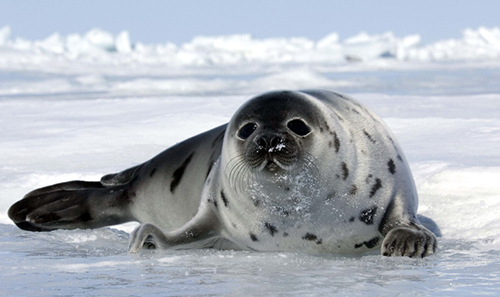 True seals rely on a solitary life, meeting up for the breeding season when it rolls around. Depending on the exact species, true seals can be anywhere from 110 to 8,500 pounds.

FUN FACT: Fur seals are behaviorally and anatomically closer to sea lions, which is why many don't refer to fur seals as "true seals." When discussing these animals, it is okay to use fur seals and sea lions interchangeably.

What Is A Sea Lion? 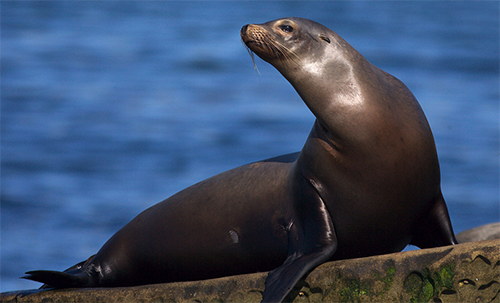 A sea lion is a marine animal made up of 16 different species, some of the most popular of which include the California sea lion, the Australian sea lion, and the Steller sea lion.

Sea lions have unique characteristics, including the fact that they live in large groups and have external ear flaps.

While they also live in temperate and subpolar waters like their seal cousins, you can also find them in equatorial water.

At first glance, seals and sea lions look very similar. However, if you know the five key differences that separate them from one another, then you'll always know what species you're looking at!

It is also important to keep in mind that both of these families have a variety of subspecies, which have particular adaptations for their environments.

Seals and sea lions differ in their adaptations for water and land.

Seals are more comfortable living the aquatic life compared to sea lions, which can enjoy a larger portion of their lives on land. With a more streamlined body shape, seals can move swiftly through the water. Their angled hind flippers are used to propel them where they want to go.

When on land, they can only move pretty clumsily, dragging themselves with their front flippers.

On the other hand, sea lions love life on land. Sea lions' hind flippers rotate forward, functioning more like feet than flippers. Sea lions can also rotate their hind flippers to swim, while seals have to rely on moving their whole bodies.

Compared to sea lions, seals usually have much shorter flippers. Seals also have hairless skin that surrounds their short claws. On the other hand, sea lions have long flippers with long claws on their front flippers tucked between tufts of fur.

Seals have two ear holes on the sides of their heads instead of visible ear flaps. However, fur seals, just like sea lions, have small flaps that lie on the outside of their heads.

For this reason, scientists refer to seals as earless seals or crawling seals to distinguish them from their sea lion cousins.

Seals will often make grunting sounds that are relatively soft compared to the sounds sea lions make. If they have an important point to make, they will often slap the water with their flippers to emphasize what they're saying.

For the most part, however, they're pretty quiet creatures.

On the other hand, sea lions make loud barking noises to communicate with one another instead of soft grunts. When sea lions congregate, you can get a loud, cacophonous symphony of barking and grunting.

Seals often live and hunt on their own. About once per year, they will come to shore to mate with other seals.

In contrast, sea lions love congregating together in single places, living boisterous lives throughout the year.

FUN FACT: One of the best places to get up close and personal with wild sea lions is in San Francisco Bay. For many decades, they've lived out on Pier 39's K-Dock. During the winter months, they will sleep on the docks and hunt for large schools of anchovies and herring in the adjacent waters.

While it is rare to see fatalities between sea lions and seals, it does happen. Steller sea lions are the largest sea lions out there, which can weigh up to 2,200 pounds. The massive sea lions have been known to prey on small seals.

However, this is usually a small exception rather than a food chain rule.

Because most seals and sea lions are comparative in size, they typically won't prey on each other. More commonly, they will have territorial disputes.

Are Seals and Sea Lions Aggressive?

Because behavior can vary pretty greatly from species to species, it is hard to give a blanket statement as to whether seals and sea lions are aggressive creatures.

However, we do know that if either of these sea creatures feels provoked or threatened, they can become aggressive.

Although they didn't make it onto our list of Most Dangerous Sea Creatures, you should never approach a seal or sea lion in the wild. Even the smallest ones are around the same size as your average human. 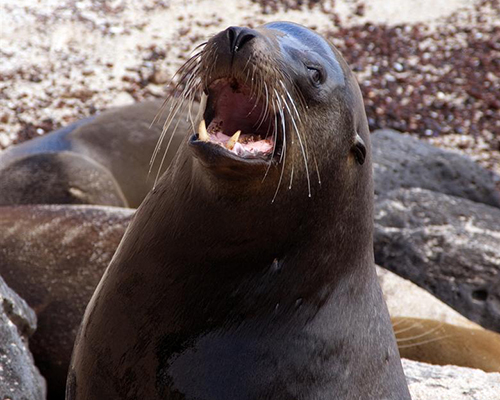 What Is The Difference Between Seals and Sea Lions?

While there are a few physical characteristics that separate these two marine animals, the main difference is that sea lions are better suited for group living on land, while seals are better at surviving and hunting on their own out at sea.