While the sea bunny might have made its debut as an Internet sensation back in 2015, this soft-bodied bunny slug species has been roaming the Earth for thousands of years. Found in the waters of the Indo-Pacific Ocean (between the Central Pacific and the Indian Ocean), it's common for divers to see these little sea bunnies when in the waters off of Japan's coast.

Today, we're going to dive in and explore all there is to know about the sea slug that looks like a bunny. So if you're ready for some incredible sea bunny facts, keep reading.

While the sea bunny is not the most dangerous sea creature towards humans, these cute little sea slugs are VERY toxic to their predators.

They belong to a group of sea slugs known as dorid nudibranchs.

This sea slug species steals toxic defenses from whatever animal it feeds on. For example, sea bunnies will often feed on sponges, which have toxins in their bodies. 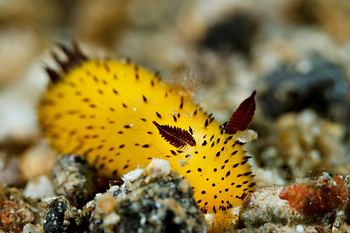 Sea bunnies then use their unique digestive systems to separate the rest of the sponge from its dangerous chemicals and store those chemical toxins to use against predators when needed. A similar defense mechanism is used by their very different looking cousins, the Blue Glaucus.

Sea Bunnies also have the ability to use the stingers from jellyfish as weapons when confronted by attackers! 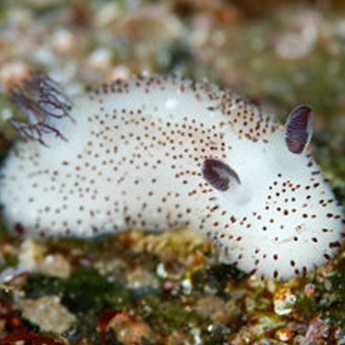 Can You Have A Sea Bunny As A Pet?

While sea bunnies might share many of the same features as the common household pet, they function way differently. While the little bunny slug is undeniably adorable, they are highly poisonous, making them a threat to any other inhabitants of your saltwater tank.

So, can you own a sea bunny?

The bunny of the sea is a tiny little creature, measuring less than an inch long. On average, the sea bunny will grow to be about 2.5 centimeters.

Sea bunnies can be found in a wide range of colors in striking forms, including white, orange, brown, yellow, and pink. However, scientists say that these are simply color morphs of the same species, meaning a yellow sea bunny is no different from a pink sea bunny in terms of its operation.

The color pattern is quite a crazy variable in the J Parva. Most of these tiny creatures have extraordinary colors, while very few are white with black specks. In fact, most sea bunnies look kind of like marshmallow Peeps with a dark yellow color, while others are dark brown with a single, dark yellow band.

Most commonly, sea bunnies are found off the Japanese coast. However, they have been sighted hopping around the waters off the coast of Australia and the Philippines as well. As of today, scientists know that they are commonly found throughout the Indo-Pacific.

Their Coats Are NOT Fur

While they might look like fuzzy creatures with a fur-like coat, a sea bunny's coat is actually made up of tiny rods called caryophyllidia. Some of these rods have black knobs on the end, giving these little nudibranchs their special, speckled appearance.

Sea bunnies do not have visual systems to help them navigate, meaning they rely exclusively on their "fur" and "ears" to get around. On the back of this little sea creature is its gills, which look a little bit like a tail.

Their Ears Are Sensory Organs

According to Dr. Craig McClain from Deep Sea News, though they might look like rabbit ears, the ears on the sea bunny are sensory organs known as rhinophores. These unique, dark-colored bunny ears help these sea creatures detect chemical scents in the water column, which allows them to find potential mates or food.

The sensory role of their "ears" also helps them to feel when predators are lurking nearby.

Compared to other sea slugs, the sea bunny's rhinophores are uniquely fuzzy, giving them better reception over a much larger surface area. When you consider how small they are, it's pretty impressive how long of a distance they can detect scents over.

Sea bunnies have both male and female reproductive organs on their bodies, which is unique in the world of vertebrates. Most mammals, reptiles, and birds have very defined sexual identities.

Sea bunnies can produce sperm and eggs cells, though they do not self-fertilize as you might expect. Instead, a sea bunny will exchange its sperm with another sea bunny to fertilize its eggs.

In essence, every sea bunny parent is the father of someone else's children and the mother of its own children.

So yea, if you believed your family was absolutely nuts, think again.

Sea Bunnies Have a Short Lifespan

Unfortunately, sea bunnies must condense their social and sexual behavior into a very short lifespan, which is why the sea bunny has a well-developed sensory system to find mates quickly. Sea bunnies only live from just a few months to a year.

Mating is never guaranteed in the life of a sea bunny, so they must jump on opportunities when they arise.

Their Toxins Could Be Used To Treat Cancer 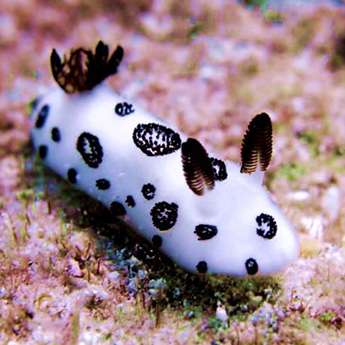 Early in a sea bunny's life cycle, it will lose its protective shell.

After it loses its shell, the highly potent toxin called Mycalolide B, which is found in many nudibranchs, becomes its only defense mechanism against other creatures.

While this toxin might be hazardous to other creatures, scientists have realized that it contains surprising pharmacological benefits.

As a result, the medical community has started instituting it in cancer treatments, limiting the spread of cancer in humans.

However, the scientific community is still trying to figure out how to use these unique toxins to develop tangible drugs that can stop cancer from metastasizing.

Scientists believe that this cute little species only exists where it can find food, and plenty of it. In recent lab tests at California State Polytechnic University, we see that nudibranchs only exist in places where there is an abundance of food to eat.

While we still don't know much about how sea bunnies socialize with each other, we do know that similar to sea birds, sea bunnies will move around in groups called "herds." With that said, they are quite shy in the face of humans and will often try and hide if a human is around.