Many surfers think that the concept of onshore or offshore wind is simple.

What does that mean, and why should I care?

You've come to the right place. Come paddle out with us as we explore the differences between onshore and offshore winds.

Onshore winds aren't the best for surfing conditions because of the way they impact the water.

An onshore wind can hit the waves head-on, causing them to break earlier and deeper out in the water, reducing how steep the wave can build.

In essence, onshore wind makes waves much slower and more difficult for surfers to ride.

Onshore winds also have a nasty habit of causing waves to break in strange ways. If the onshore wind is too strong, the waves can become choppy and near-impossible to surf.

The waves that find themselves the most immune to onshore wind are steep beach breaks and point breaks. 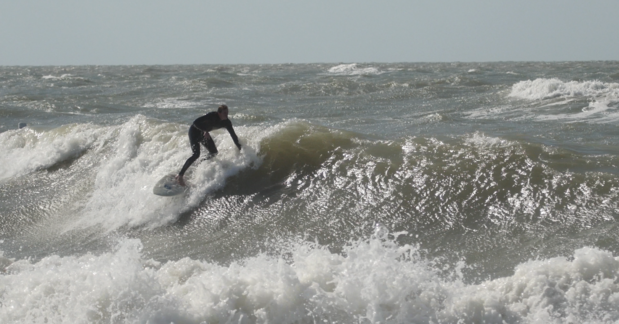 It is worth noting that some surf spots benefit from onshore wind, as they can create unique peaks and prevent closeouts that wouldn't happen organically. However, because the onshore wind has a bad reputation in the surfing community, surfers will often stray away from spots with onshore wind, meaning fewer heads in the lineup. So, if you want to have more waves to yourself, check for a location with notorious onshore wind!

Offshore winds are the best type of wind for surfers, as they create immaculate surfing conditions. Offshore wind has a wonderful habit of delaying wave breaks.

For example, when you look at most waves, you can see that they break at around 1.3x their depth.

However, if you look at these same waves on a day with good offshore wind, the winds can delay the break, creating faster, steeper waves and better surfing conditions overall.

Of course, as with everything in life, you can have too much of a good thing.

If offshore winds are too strong and the waves are small, the waves might never break at all. In some cases, offshore winds can create continuous closeouts, ruining your chances of catching anything. 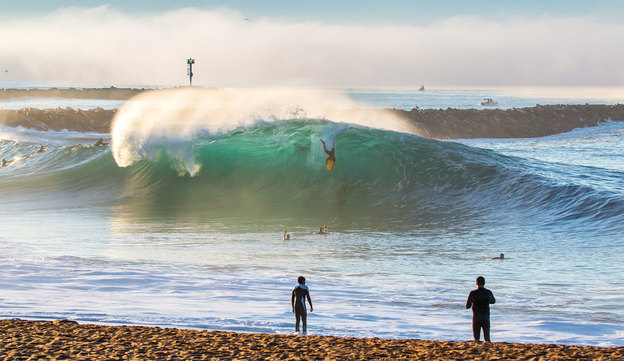 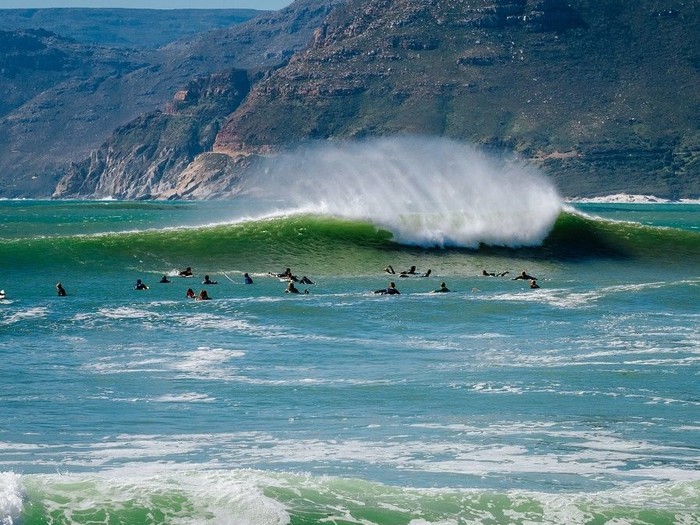 Where Do Onshore and Offshore Winds Come From?

Onshore and offshore winds come from differences in atmospheric pressure along the coastline.

We might experience this wind as a comfortable sea breeze or an offshore land breeze.

If you're dealing with a clear sky and pressure in the atmosphere that is relatively high, the land temperature will remain warm throughout the day and get colder by the time night falls. 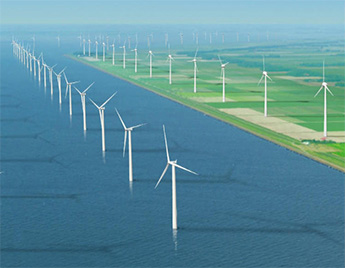 If you live in a warm climate, you have likely experienced local onshore vs. offshore winds. These winds are especially noticeable on the western half of the United States, as the land is composed of a coastal desert with little vegetation.

The pattern is entirely predictable too. Many surfers recognize these conditions as they change, allowing them to optimize their surf sessions and go out on the best days. Remember, the land and the ocean are two very different entities, absorbing heat from the sun and changing temperatures at vastly different rates.

Final Thoughts - How The Wind Affects The Waves

Your main concern as a surfer is how the winds will affect the waves. As you can see, the wind plays an essential role in the way that the waves move. In many ways, surfers take the wind for granted simply because they don't understand it. Poor wind speed and direction can annihilate a surf session that may have otherwise been great.

However, without onshore and offshore winds, we wouldn't have any waves at all!

The wind is the thing that creates waves. But, of course, the creation of waves happens far off at sea around the world, where massive storms produce ground swells, which then travel hundreds of miles until they get to your local shore. Onshore winds will often become combative with far-away offshore winds that have worked so hard to get there, which is why so many surfers see them as the enemy.

Of course, every surf break is unique. In addition, the direction of the wind might have a completely different impact in one place compared to the next, so take everything you hear about onshore vs. offshore winds with a grain of salt.

Regardless of how you choose to see onshore or offshore winds, understanding them and how they affect the sea can help you optimize your surf session and get your fair share of rides when you choose to paddle out. Now that you are a well-trained human barometer, get out to your local shore and show off to your surf buddies!