Ready to explore the freedom that the ancient Polynesians enjoyed hundreds of years ago?

Not so fast, friend! We don't want you to get arrested.

While nude surfing might seem like the most natural way to enjoy the sport, it's definitely illegal in most places. However, there are some shimmering havens here on Earth where hitting the waves in your au naturel state is encouraged.

Come dive in with us as we explore some of the best spots on Earth for Nude Surfing!

Where Can I Go To Surf Naked...Legally?

This deep-channel beach break in San Diego is home to some of the friendliest nudists on the west coast. So don't be surprised when you show up and see a few dudes tossing the frisbee around while letting it all hang out!

While Black's is a famed San Diegan surf spot, the clothing-optional section of the beach is slightly north of where most surfers paddle out.

So you can still enjoy going skin deep in the waves, just don't expect to get the same barrels as your nearby wetsuit brothers and sisters. 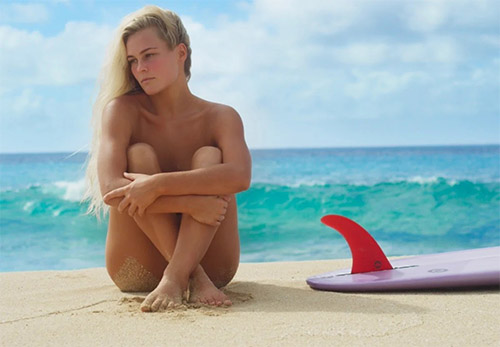 Making our way down under, we hit this gorgeous little strip of shoreline in Adelaide, Australia. Of course, there are plenty of accessible surf zones in Aussie land, though nothing quite like this spot.

Maslin hosts the annual Maslin Nude Games, which used to be called the Nude Olympics, until the suits down at the International Olympic Committee came down like a Hell storm.

While you're not going to get the same kinds of consistent swells that you get at Bells Beach, there are plenty of rollers to tickle your jimmies!

What a name for a nude beach, right?

Unfortunately, you'll need a key to get past the gate that surrounds this beach (or some slight criminal ingenuity), though once you're there, you can enjoy one of Santa Cruz's best righthand point breaks in the nude!

Of course, if you've ever surfed central or northern Californian waters, you know how cold the water can get. So if you're considering hitting the waves sans clothing, make sure to find the right day during the summer. 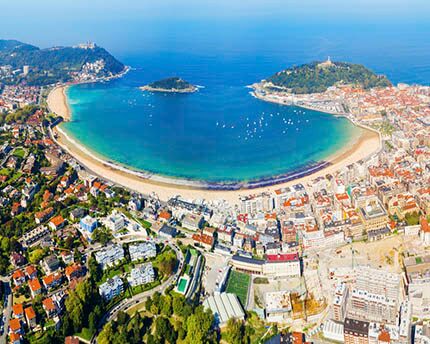 The Spanish aren't nearly as concerned with nudity as Americans. But, in a way, nudity is all about self-acceptance and self-expression.

If you want to express yourself while cruising down a beautiful Spanish beach break, there's no better place than Zurriola! Yes, swells typically come in during the fall and winter, so it's not for the faint of heart.

However, if you have thick skin and can't think of a more exciting idea than riding waves while baring it all, nude surfing in Zurriola is an excellent idea.

Sick of locals snaking all the good waves away from you at Lowers and Uppers?

Maybe you just want a reprieve from the hoards of surfers at these iconic spots?

If so, we recommend heading down to the seemingly untouched coastline that is Trail Six. Here you may find a couple nudist beachgoers. Plus, you won't have to worry about anyone out in the surf with you, except for maybe a friendly dolphin!

Can't Get Enough of Nude Surfing?

This past year, Felicity Palmateer, the coolest West Australian surfer on the planet, created one of the most incredibly empowering films combining the worlds of art and surfing.

This art project, called Skin Deep, was shot in such an intimate way that it was able to intertwine art and surfing as we've never seen before. With the popularity boom of streaming, people demand thought-provoking documentaries.

When Felicity Palmateer came up with the idea for this nude surfing art piece back in 2018, she knew it wasn't going to be an easy art project to make. But, of course, with a long history of female surfers doing similar things for major media companies like ESPN, it was strange that this came off as "controversial."

The four-minute-long Skin Deep surfing film was a true labor of love, which is pretty clear, as it took more than three years to shoot. So many surfing locations are populated year-round, so Felicity Palmateer had to perform quite a bit of research to find the ideal locations for nude surfing.

Most of the film was shot on Red Epic cameras in locations worldwide, including New South Wales, the south and northwest coasts of Western Australia, Hawaii, and Fiji.

“The process was incredibly empowering. By embracing my femininity, it helped immensely with my self-esteem and self-acceptance.”

We hope that Skin Deep inspires other surfers to feel comfortable performing and surfing in the nude! It's an experience that everyone should have at least once in their lives!