For many So-Cal surfers, Lower Trestles feels like home. Plus, it's known as one of the best surf spots in California. From total consistency to excellent left and right-handers to near-endless face waves, this break is a must-ride.

The Low-Down On Trestles

If you're south-bound, take the I5 going south and get off on Cristianitos. Make a left at the stop sign, drive over the freeway, and turn left at the next stop.

Here you'll find parking on both sides of the road. More often than not, you'll see people walking down the path to get to the water. Follow them, and you'll most likely get to the coastal access point.

Mid-tide with rising and falling tides

It gets very crowded during the week and weekend

Nomads Hotel in San Clemente is a beautiful Southern California hotel if you're planning to surf various places around Orange County, even beyond Trestles. The hotel boasts "island-style" decor and has tons of colorful and artistic rooms to accommodate the needs of any visitor.

If you're looking for a place to stay that is even closer to the famous beach, we recommend House of Trestles. This boutique hotel/hostel is excellent for those who want a low-key surf-fueled experience.

The hotel provides rentals, including surfboards, wetsuits, and e-bikes, and you can also book surf classes.

You'll get to enjoy nearly six miles of coastline with 16 different surf breaks, a charming downtown area, and plenty of fantastic hiking trails. 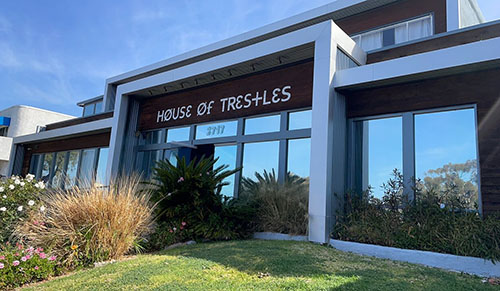 Nomads Canteen is located directly in front of Nomads Hotel and both businesses have the same owner. The restaurant specializes in what they call "surfer soul food." Here you'll find over 32 ice-cold beers on draft and 120 of the world's best Tequilas. Make sure to try the famous poke bowl while you're there!

Pedro's is a solid spot if you're looking to get some quick tacos or a burrito after your surf. Note that there are two locations in San Clemente. One of them is on the south side of town, closer to Trestles, which we prefer. The restaurant is quick-service, meaning you order at the window and sit down. Note that they only have outside seating.

What To Bring & What To Leave At Home

Once you park your car, it's about a 15 to 30-minute walk to get to the Lowers surf site.

If you're thinking of bringing anything heavy, such as heavy beach chairs, coolers, or umbrellas, you might want to rethink it. Instead, pack as light as you possibly can and leave any valuables, including your wallet, phone, or sunglasses, locked in your glovebox.

At most, you should bring a small backpack with only your essentials, including sunscreen, water, and snacks.

To get to Lowers, you must take the trail. We recommend bringing some sandals to get there, as the trail can be a bit rough on the feet.

Make sure to pick up your trash. The last thing you want to do is disrespect the spot.

Back in 2000, Billabong sponsored the very first 2000 ASP World Tour at Trestles Beach. Then, in 2002, Boost Mobile took over with the WSL, and in 2009, Hurley stepped in as the event's main sponsor.

As of today, Rip Curl is the main sponsor for the WSL.

The event usually takes place in September and lasts for just a bit longer than a week.

The contests consist of multiple head-to-head competitions in a traditional heat format. Surfers will compete through the bracket until someone is named the champion.

Here are the past WSL winners:

Dane Gudauskas and his twin brother Pat are two of the happiest faces in the world of surfing. Dane was raised at Lowers and has been surfing the wave since his childhood. After climbing his way through the ranks, he eventually sought out other swells around the globe, including Teahupo'o, Pipe, and Cloudbreak. 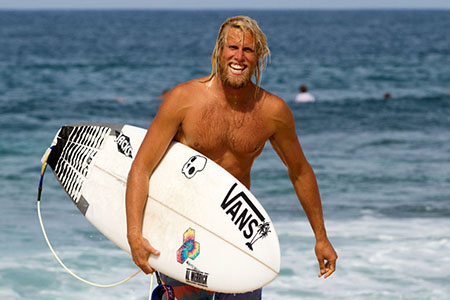 Jeff Lukasik is one of the best locals in town with an air game that could put most pros to shame. Lukasik has probably had more air attempts on the wave's first section than most surfers out there. Plus, many people look to Lukasik when trying to better understand wind and wave conditions, as he seems to have a knack for finding the best conditions to surf. 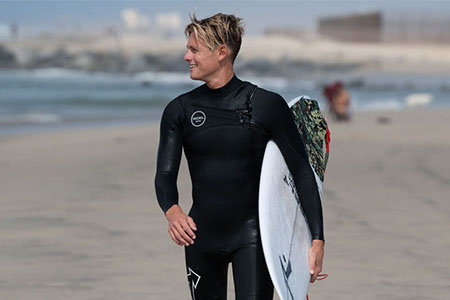 Kevin Schultz is definitely an under-the-radar surfer, though one of the best young surfers at Lowers. At this point, he's taken home a few notable contest wins in some local events, though he spends most of his time on this local wave, progressing and testing out new sequences. 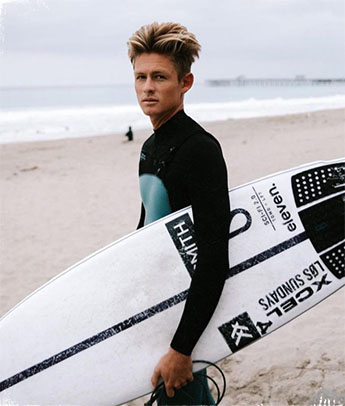 Surfing The Wave Peak To Heaven

Though Lowers is one of the most crowded Southern Californian surf breaks around, it brings in so many great waves each day that there's plenty of room to enjoy. Honestly, hitting a few beautiful rights here can change your life and your outlook on surfing.

The weird thing about this wave is that it almost feels artificial. No matter if you have a wind swell or a storm swell, you can expect reliable surf.

When the crowds get a bit too hectic, you can always roll out to Middles, Uppers, or Church.

We hope that our little guide to Lowers inspired you to get out there. Life is too short not to enjoy this legendary surf spot at least once!