The ocean is full of pretty incredible creatures, which invoke awe, mystery, and inspiration in us simple land-dwellers. But, what many people don't know is that the largest creatures to have ever roamed our Earth live in the ocean.

What's even weirder is that most of these sea creatures fly under the radar.

Come with us as we explore some of the largest creatures of the sea.

The 10 Largest Sea Creatures In The World 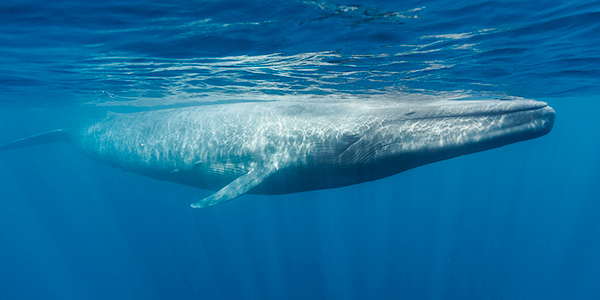 The Blue Whale is the largest animal known to man, even bigger than many ancient dinosaurs. An average blue whale can weigh up to 441,000 pounds with hearts the size of an automobile.

The heart beat of a blue whale is easily detectable from up to two miles away. Unfortunately, the largest whale is at risk of extinction due to climate change's impact and ship strikes.

The whale shark is the biggest shark in the world at 60 feet in length.

Whale sharks are pretty hard to miss when swimming in the ocean, though if you stumble upon one while swimming, it might swim alongside you! Similar to the blue whale, the whale shark is endangered and is still hunted throughout certain regions.

The giant squid is the world's longest cephalopod and is one of the most elusive animals of the deep sea. In fact, the very first time scientists captured the giant squid on film was back in 2012. Many people associate these massive squids with the tale of the Kraken sea monster. With tentacles over 30-feet long, it's easy to see why they've haunted sailors' dreams.

The Giant Pacific Octopus is the biggest octopus species in the world.

This massive cephalopod can spread out over 32 feet and is capable of eating small sharks.

They are one of the most intelligent creates in the world, can even solve mazes, open jars, and play with human objects.

These guys are only found in waters from Baja California to Alaska. 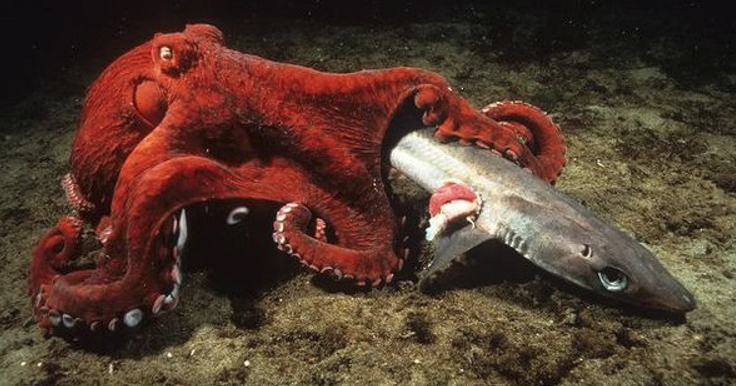 The Sperm Whale is the largest toothed whale at around 80-feet long. It's also the largest predator in the sea, whose unique clicking call is as loud as a rifle shot. At 20 pounds, the brain of a Sperm Whale is one of the largest on Earth. Unfortunately, sperm whales are also in danger of extinction due to fierce whaling.

Fun Fact: Moby Dick's white whale was based on the sperm whale.

The basking shark is the ocean's second-largest fish at more than 40 feet in length (just about the length of your average school bus).

Don't worry if you end up swimming past one of these massive shark species, as its diet consists solely of larvae, fish eggs, and plankton. 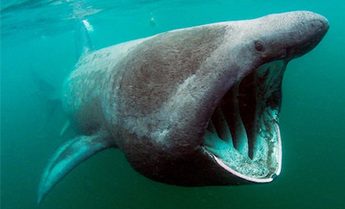 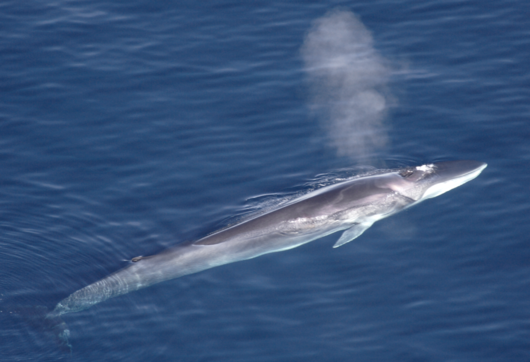 The trophy for the second-largest animal on Earth goes to the fin whale. Many scientists refer to these creatures as the "greyhounds of the sea," as a fin whale can swim as fast as 27mph.

As one of the world's largest animals, the fin whale gets hungry. It can eat up to 2000 kg of krill each day with ease!

The worlds largest bony fish award goes to the giant Oarfish, which many people refer to as the dragon of the sea or the sea serpent.

Oarfish are often found thousands of feet beneath the water's surface and they rarely ever make their way up to the top. Most of our experience with giant oarfish comes from the fact that they wash up on shore in bad conditions. 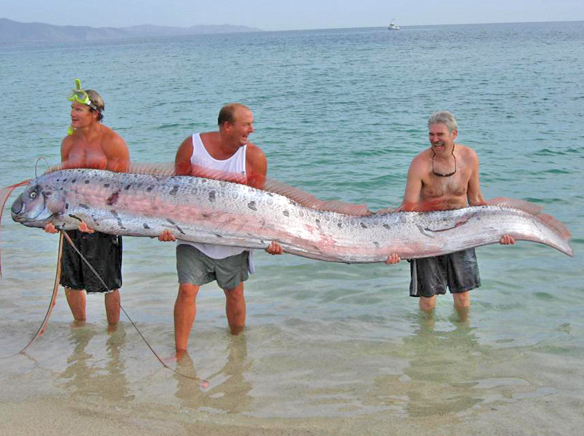 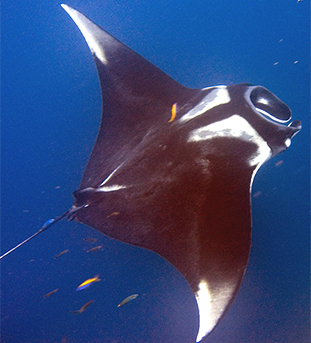 Their large pectoral fins make them about four-and-a-half times the size of Michael Jordan.

Like many other large creatures of the ocean, the giant manta mostly eats zooplankton.

However, not only are giant manta rays MASSIVE, but they also have the largest brain of any ocean creature.

To learn more, see our largest manta ray ever page!

The ocean sunfish is the heaviest bony fish in the open ocean.

Many people refer to this animal as the "swimming head," as it doesn't have a tail.

Ocean sunfish eat most zooplankton and jellyfish and often weigh up to 5,070 pounds!

That concludes our list of the largest but if you would like to see the most scary things under the sea then check out our most dangerous sea creature guide as well as our sea monsters page. 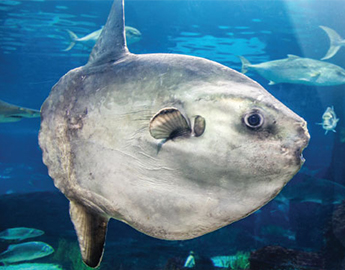