Largest Lobster In The World

How come a giant lobster has never shown up on my dinner plate?

Even though the United StaEvents more than $300 million dollars worth of lobster every year, there are very strict rules as to which ones we can use for food and which ones we must release back into the wild.

Come dive in with us as we explore some of the largest lobsters ever seen, all leading up to the biggest lobster ever caught!

Larry was one of the many large lobsters that were lucky enough to never be put on a dinner plate.

This massive South Floridian lobster was caught and sent to the Tin Fish restaurant nearby.

However, Joe Melluso, who was the founder of the Tin Fish chain, felt that Larry was a gift.

In his best estimation, he said Larry was around 105 years old!

Eventually, Joe's story made it to local news. 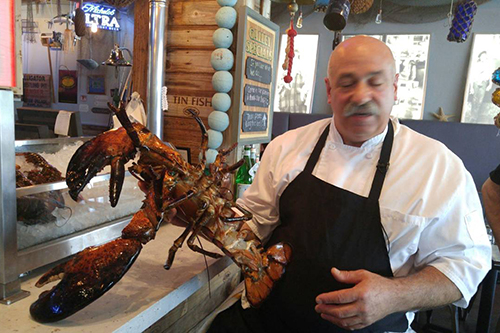 When local Amir Rossi saw the news story, he and his friends decided they would do all they could to make sure Larry got back into the wild. Rossi and his buddies gathered up $300 to have Larry shipped to Maine, where he was released into the sea. 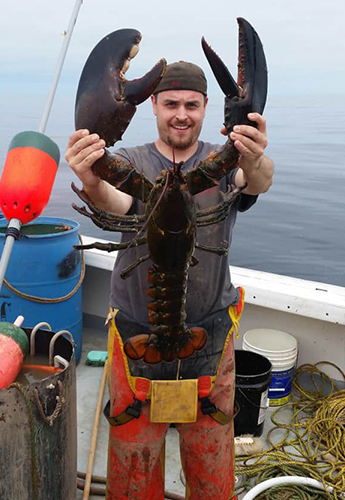 Back in 2015, a photograph of Ricky Louis Felice Jr. holding a 20-pound lobster he'd recently caught went viral on Facebook.

During the time, Ricky was on the Big Dipper crew as a deckhand, catching lobster near Friendship, Maine.

When he pulled it up on the boat, the crew said that it was the largest lobster they'd ever laid eyes on.

Because this lobster was far bigger than the legal Maine limit, the Big Dipper crew had to release it back into the ocean.

Isaac Lash, the captain of the Big Dipper, noted that seeing lobsters as large or larger than this one was not unusual.

George made international headlines when he was caught, making him arguably the most famous lobster ever caught.

At 20 pounds, he was one of the largest lobsters many had seen at the time.

PETA eventually helped free George from New York's City Crab and Seafood restaurant, noting that they believed George was around 140 years old when he was caught.

If that was true, it would've made George the oldest lobster ever caught. 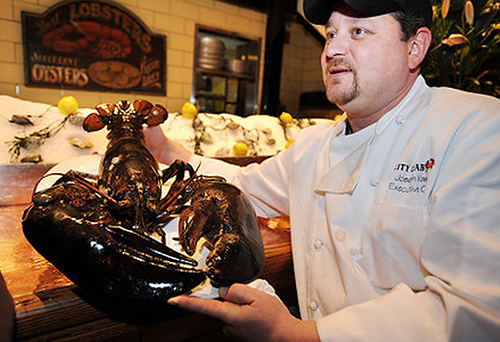 After he was captured by a boating crew off the Newfoundland coast, the City Crab and Seafood Restaurant purchased him. However, he was not in the restaurant tank for more than ten days before a customer reported him to PETA.

Keith Valenti, who managed the City Crab and Seafood Restaurant at the time, said he never had any plans to sell George to customers and was only looking for some in-house marketing.

George ended up getting released back into a rocky cove in Kennebunkport, Maine. 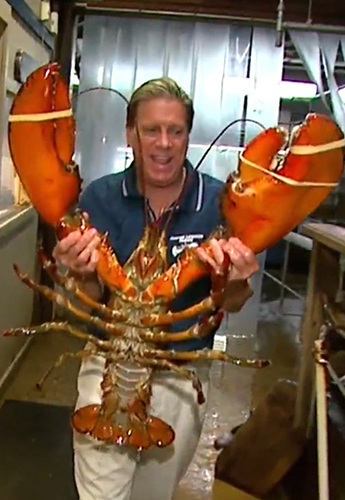 Louie the Lobster is sort of an anomaly on this large lobster list, as he was living in a Hampstead restaurant called Peter's Clam Bar for more than 20 years.

Through his time living in captivity, Louie grew to be a whopping 22 pounds!

Peter's Clam Bar owner, Butch Yamali, decided that it was time to release Louie into the wild after a man came in on Father's Day and offered $1,000 to Yamali to put Louie on a plate for him.

Yamali made it a ceremonious event with town officials in attendance.

The Maine Lobster Institute executive director, Bob Bayer, told townsfolk that Louie would probably survive in the wild even though he was in captivity for 20 years, as there were few predators out there that would be able to eat such a large lobster.

Rocky the lobster was captured off of the Maine Coast back in 2012.

His captors described him as being the "same size as a three-year-old human being."

Rocky was unlucky to end up in a big shrimping net, though he ended up being fortunate enough to make his new home at the Maine State Aquarium.

Rocky weighed 27 pounds and was more than 40 inches long.

The Department of Marine Resources education director, Elaine Jones, said that the majority of Rocky's weight was thanks to his large claws. She noted that his claws could easily break someone's arm. 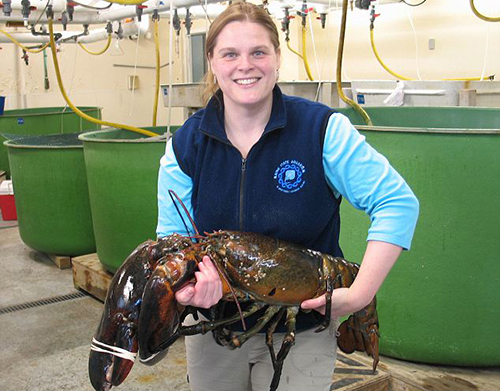 Eventually, the aquarium released this big lobster back into the ocean next to the aquarium.

FUN FACT: The fishermen that caught Rocky had to turn him over to the Maine State Aquarium because fishermen in Maine are not legally allowed to keep lobsters that are more than five inches from the start of the tail to the eye. 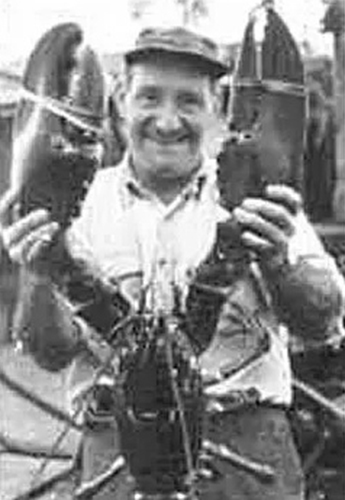 The largest lobster ever officially caught, according to the Guinness Book of World Records, was this 44.6-pound lobster caught near the coast of Nova Scotia.

It was no surprise that this was a North Atlantic/American Lobster, as most large lobsters are.

According to the Maine Department of Marine Resources, this lobster from Nova Scotia was likely around 100 years old.

FUN FACT: The American Lobster is the world's heaviest anthropoid.

While this Main Lobster tops out as the biggest lobster ever caught in Nova Scotia, there is not much information about it, which is why it never received the official title.

This lobster, which was supposedly caught in 1926, only exists through a single photograph.

Now, according to the photo, this lobster's size is no joke.

In the photograph, you can see that the lobster was mounted. 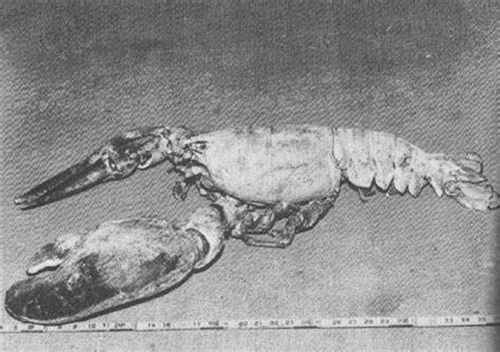 People believe that a man from Mystic, Connecticut, named Charles Q. Eldridge, was taking this big lobster to a private museum nearby. Unfortunately, during the bumpy transport, the lobster was damaged. The only evidence we now have of this beast is the photo that was taken.

Experts believe that this lobster was over 100 years old.

Where Is The Best Place To Catch Lobsters?

The largest lobsters ever caught, and most lobsters in general, are found in North America around the northern Atlantic Ocean. In Maine alone, lobster fishing brings in around $450 million each year.

However, many claim Nova Scotia, Canada, as the world's lobster capital.

With that said, there are other places to look for lobster too! Recreational fishers often look for California spiny lobsters near the Pacific coast. There are also lobsters to be found in waters outside of North Africa, Norway, and the United Kingdom. While more scarce, you can also find them in New Zealand and Australia.

The best tool for catching lobsters is a lobster pot. This one-way trap is baited with a color-coded buoy to lure lobsters in. However, in addition to lobster pots, fishermen use other techniques like spearfishing, hand-fishing, gill nets, and trawling.

When it comes to gill nets and trawling, many countries have very serious restrictions outlining the maximum number of lobsters one is allowed to fish for.