Any angler heading out trying to catch Jack Crevalle is sure to have a wild time. The Jack Crevalle is one of the most challenging inshore saltwater gamefish around, many of which grow to be quite large and aggressive.

If you're looking to learn more about these large, tropical fish, come dive in with us as we explore more!

You can find Jack Crevalle fish in the tropical and subtropical waters all over the world. However, the Crevalle Jack is a much larger fish and one of the largest in the world ever caught, which was in Jupiter, Florida, was just over 54 pounds! 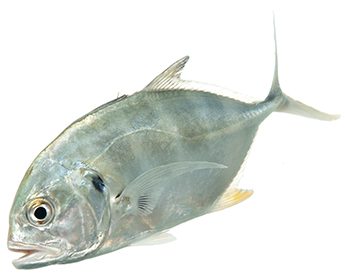 The Jack Crevalle spawning season happens offshore on the Southeastern Atlantic Coast and can last anywhere from March to September.

More often than not, you will find Jack Crevalle in large schools, and they like most flies and lures that resemble the bait they feed on.

Jacks are much like wolves when they hunt, as they hunt in large schools, strike with speed, and make sure they demolish most of their prey. When Jack Crevalle are in open waters, they herd bait fish and corner them into tight balls, rushing them from all sides.

You can find the Jack Crevalle in all kinds of waters, including coastal rivers and deep reefs. Small fish usually have much larger schools, and the largest Jacks often swim around in pairs near offshore reefs, offshore wrecks, or major inlets.

However, they also often come into canals and deep bays where they can catch prey next to seawalls and chase Mullet around.

Anglers often find that Jack Crevalle are voracious predators, making them some of the most powerful game fish around.

You can use the same rig that you would use for just about any inshore saltwater game fish with a Jack Crevalle. The thing is, even though Jacks only have stubby little teeth, you will still need to use a shock leader.

If you don't know, a shock leader is a stronger fluorocarbon line around two feet.

When fishing for Jack Crevalle, you want to keep your eye out for any activity on the surface. Make sure that when you are fishing with lures that you are using aggressive retrieves. When you cast out, you'll want to cast to the edge of the school instead of the center.

While it is certainly possible to catch Jack Crevalle in the surf, it is best to look for them in passes and inlets. If you're fishing at night, look near lighted bridges.

Regardless of where you are, it is best to use strong hooks and heavy tackle. When handling Jack Crevalle, be as careful as possible, as the tail's ridge can be very sharp.

Overall, when you target Jack Crevalle, it is important to make sure you have equipment that can stand the pressure, as small fish can even bend a rod completely as they start pushing towards the bottom. 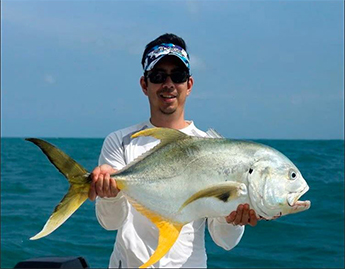 The great thing about Jack Crevalle is that they'll gulp down just about any kind of natural bait, whether it is dead or living. However, if you're fishing for larger Jack Crevalles, who like their meals to be pretty fast, you might have to use an energetic, fresh live fish or make sure your lures are as noisy and as fidgety as possible.

When fishing for juvenile fish, it's best to use crabs and shrimp as your primary forage.

Of course, if you're not into using live bait, there are plenty of other fishing methods you can consider, such as using artificial or fly fishing.

When it comes to catching jacks, jigs are the best artificial lures. These artificial lures imitate a wide range of species, cast easily, and are wildly versatile. Most anglers that fish for Jack Crevalle use a jig with a plastic grub, as changing or swapping out the body is simple and won't cost you a ton.

While you absolutely can use a hair jig when catching Jack Crevalle, they aren't nearly as versatile. You must also match the jig to the water depth and the forage size.

Catching Jack Crevalles On The Fly

Fly anglers love the Crevalle Jack, as they are very aggressive and are often fished by sight. The take can be quite wild, as they put up a serious fight when they get caught on a fly rod.

When you see this fish breaking up along the surface, you know that there is a good fly fishing opportunity on the move.

Fly fishing for Jack Crevalle isn't rocket science, and selecting the right fly is very simple. The fly pattern doesn't totally matter when the Jack Crevalle school is in the midst of a feeding frenzy, though you must at least make sure that the fly is much larger than the bait.