While we've been charting the seas for thousands of years, there is still a lot that we don't know. In fact, many scientists claim that we know more about our solar system than we do about the ocean.

So, just how much of the ocean has not been seen by human eyes?

The answer might blow your mind. So come with us as we learn more about ocean exploration.

How Much Of The Ocean Have We Explored?

We know so little about our own oceans for a variety of reasons.

For starters, ocean exploration is incredibly difficult. As of today, we're still working on technology that will allow us to get down to the ocean floor. Some of the best technology in use, including advanced sonar, deep-sea submarines, scientific buoys, and ocean satellites, have only been used by deep sea explorers for the past 50 years.

When technology improves, we'll be able to explore and map our oceans much more thoroughly. 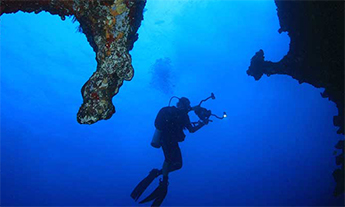 Of course, one of the biggest challenges comes from the vastness and immensity of the ocean.

So, how deep is the ocean floor?

At the ocean's deepest point, you're looking at roughly seven miles. This massive abyss is known as the Mariana Trench, which lies in the deepest parts of the ocean near Guam. Scientists now know that 99% of the planet's livable space lies beneath the ocean surface. And while we are aware of some Mariana trench animals, the majority of livable space still remains unexplored. This is why it is believed that there are still many species that remain undiscovered.

While we aren't able to probe the ocean's depths using satellites, they do work exceptionally well for space exploration.

Light isn't able to permeate deep oceans. Once you get about 200 meters underneath the water's surface, studying the deep ocean floor becomes significantly more challenging. Beyond that, pressures are at the extreme in these depths. The pressure in the deepest parts of the ocean can get as heavy as having 50 airplanes stacked on top of your body. Essentially, if you were down there without the proper vessel, you would basically collapse.

What Percentage Of The Ocean Has Been Explored?

According to the National Ocean Service, humans have only explored and charted 5% of the Earth's oceans. The majority of the unexplored parts of the ocean are far beneath its surface. Astoundingly, the ocean makes up 70% of the Earth's surface which means that we have yet to uncover about 65% of the world we've been living in for thousands of years.

As of 2020, we have only been able to map about 20% of the global seafloor using some of the best high-resolution technology available. However, even though we have a pretty solid idea of how much of our oceans we've explored, it's difficult to get a truly accurate percentage since we don't know much about the water column and the deepest parts of the seafloor.

Though nautical exploration has been around for thousands of years with evidence from the Bible and Greco-Roman-era writings, so much of the oceans still remain unexplored.

From cruise ships to global shipping and fishing, humans cross thousands of miles around Earth's oceans every single day and are extremely dependent on surface sea travel, however we are still unaware of the goings on of what is below us.

Even though we've been able to generate maps of the oceans and explore them in greater detail than ever before over the past couple of decades, a far greater percentage of them is still waiting to be discovered.

How Much Do We Know About Outer Space?

Of course, space exploration isn't nearly as old as ocean exploration, but we've made far more progress in the space race than we have with the ocean.

In fact, as of today, we've explored about 4% of the visible universe. But, of course, with 96% of the universe unseen, we have a long way to go. Many scientists refer to this vast part of outer space as "dark matter." Essentially, this is matter that we have not figured out how to see. Scientists have only now started studying dark matter, hopefully giving us more insight into our universe. 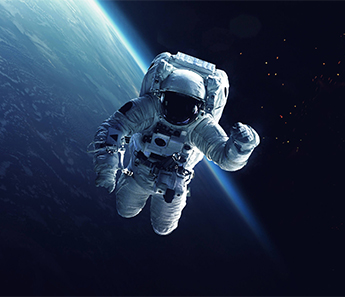 Do We Know How Deep The Ocean Is? 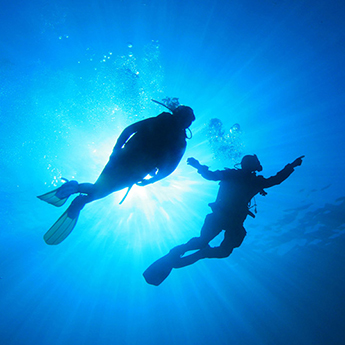 As of today, scientists know that the ocean is about 2.3 miles deep on average.

​However, there are also many deeper and shallower parts of the ocean. To measure the ocean's great depths and get a better idea of the global seafloor, scientists use sonar.

Scientists use ships to send out energy sound pulses to measure depths during deep-sea exploration.

The depth is measured by how quickly the sound returns.

The deepest part of the ocean is the Mariana Trench, though we also refer to ALL of the deep parts of the global ocean as trenches too.

The ocean is studied to help us understand how our world functions. For example, we now know that the outer layer of our planet is made up of tectonic plates. Tectonic plates are MASSIVE slabs of sediment and rock that move with the Earth. There are small mountain ranges or peaks sitting on the ocean floor known as the Hawaiian Emperor Seamount Chain, which came about when a tectonic plate moved atop a volcanic rock that spewed up from the center of the Earth.

When these plates move, and hydrothermal vents appear, so do other forms of life, including fish, worms, and crustaceans. So if scientists can get a better look at how ocean plates moved throughout history, they'll better understand the creation and destruction of the Earth.