When most people hear about sharks, the first thing that comes to mind is shark attacks on humans. Therefore, people instinctively think about some of Hollywood's shark thrillers like Jaws. However, we forget that we're a far more significant threat to sharks than they are to us.

To put this into perspective, we will explore how many sharks are killed per year.

How Many Sharks Do Humans Kill A Year?

Experts estimate that humans kill over 100 million sharks every year throughout the globe.

When you look at this number compared to the recovery and reproduction rates of sharks, it's horribly distressing. 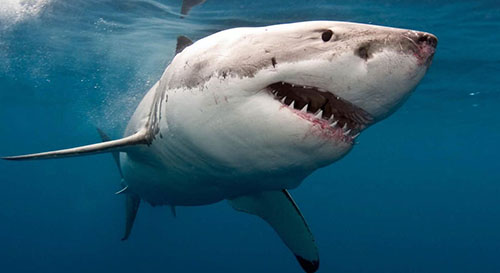 Convert that 100 million-shark figure into time, and you're looking at 11,416 sharks killed every hour. In the last 50 years alone, shark populations have hit a steep decline, decreasing more than 70%.

How Many People Do Sharks Kill A Year?

Each year, around six to eight humans are killed by sharks.

If sharks had a horror movie about humans, it'd be 100 million times scarier than Jaws or The Meg. To put this ratio into perspective, you're more likely to die by falling off a cliff than being attacked by a shark.

One of the main factors of mass shark deaths is the practice of shark finning.

Shark finning is a popular method in the shark fishing community, where fishers will solely hunt for the flesh and skin of the shark, which they can then sell for food or merchandise. Sine 1970, the shark fin trade has dramatically increased, which is one reason the shark population has declined at such a rapid rate. There is no discrimination, as small sharks and the most dangerous & aggressive sharks are finned alike.

If you look at food culture in China and other countries in East Asia, you'll see that shark fin soup is a true delicacy. This dish relies on a constant influx of shark fins, which is why human beings still kill so many sharks today.

The worst part about this whole thing is that the fisherman discard the shark's body after removing it's fin. The ones that don't bleed out and die will lose their ability to swim and sink to the bottom of the ocean, where they'll drown under pressure. World-famous celebrity chef Gordon Ramsay said that seeing a shark de-finned was the worst act of animal cruelty he's ever witnessed. 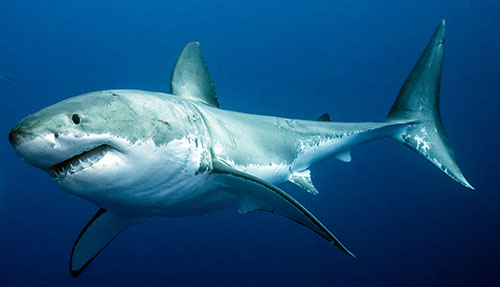 With more and more of this kind of information coming out every day, people are starting to realize how important sharks are to our ecosystems. As a result, we're seeing far more conservation groups come out of the woodwork to protect sharks.

In fact, earlier in 2013, the Convention of International Trade in Endangered Species of Wild Fauna and Flora listed five sharks as sharks that would become endangered if the trade was not regulated.

While this listing in Appendix II does not stop people from trading shark fins, it helps slow down the process and make it more sustainable by adding a layer of protection for these sea creatures.

Beyond that, several countries have enacted their own protections.

For example, the United States ruled in the 2010 Shark Conservation Act that all sharks caught in national waters must be taken to shore with their fins intact.

The true goal now is to change people's perception of sharks to reduce the number of shark killings each year. Your chances of getting killed by one, let alone being hurt by one, are close to none. Despite what you might see in pop culture, the rate at which people kill sharks is vastly higher than that at which sharks kill humans.

It's difficult to ask people to cut something out of their diets that they feel is a deep-rooted part of their culture purely for conservation efforts. It's like asking someone from Louisiana to stop eating shrimp or someone from Wisconsin to stop eating cheese. Because we don't spend our waking lives side-by-side with marine life, we don't witness first hand just how drastically we are dwindling down shark numbers by continuing to consume them.

While the progress is slow, we hope that more will become aware of how crucial it is to stop killing sharks.

To learn more about sharks, check out our informative shark articles!

​All About The Deep Sea Ghost Shark