While many scientists have pegged the average, non-endangered whale lifespan between 40 to 70 years, we now know that several factors play into the lifespan, including habitat, environment, lifestyle, and species.

It's also true that some whale species are far more difficult to study than others, which is why it's been so challenging to conclude actual averages for so long.

Luckily, we finally have enough data to present an accurate number for multiple whale lifespans. Continue reading to learn more.

Bowhead whales are the longest-living whale species. While 100 years might seem like an eternity for a human being, it can be a mid-life crisis for these baleen whales.

While these whales live to be 100 on average, they can live well over 200 years in some cases.

The reason these whales can live so long is that they move slow and live in freezing cold environments, allowing them to grow slowly. In 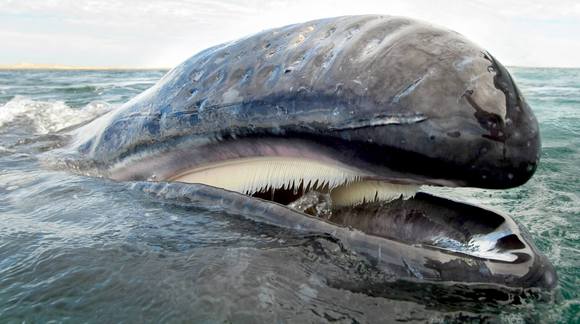 Bowheads have thousands more cells than other animals, which is one reason scientists believe they can live for so long. Essentially, these marine mammals are resistant to aging and cancer, much more than other animals.

They are also the only species of baleen whales that spend their entire lives in the freezing Arctic and sub-Arctic waters.

FUN FACT: The bowhead whale has the largest mouth of any animal known to man.

While we're still unsure of the maximum lifespan for bowheads, there is plenty of evidence that they can live well over 200 years. In 2007, a bowhead whale was killed off the Alaskan coast. Fishermen ended up finding a fragment of a harpoon in its neck blubber that they were able to date back to New England in the 1880s. With that data, they could confirm that the whale was at least 127 years old!

The oldest whale ever discovered was said to be 211 years old.

Of course, even the seemingly long lifespan on the bowhead may seem like the blink of an eye for one of the longest-living species on Earth: the red coral.

FUN FACT: Red coral can live for up to 500 years, and the oldest shark lives for an astounding 392 years!

Average Lifespan Of A Whale By Species:

While numerous factors play into a whale's average lifespan, one of the most important factors is species.

So, how long can whales live?

The blue whale (the largest living animal on Earth, and biggest whale in the world) has an average lifespan of 70-90 years. 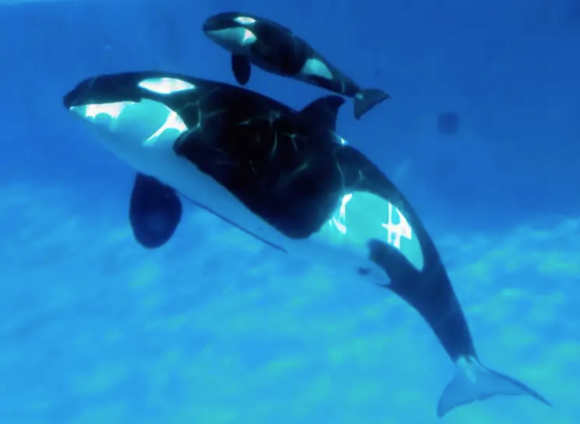 How Long Do Beluga Whales Live?

How Long Do Sei Whales Live?

How Long Do Humpback Whales Live? 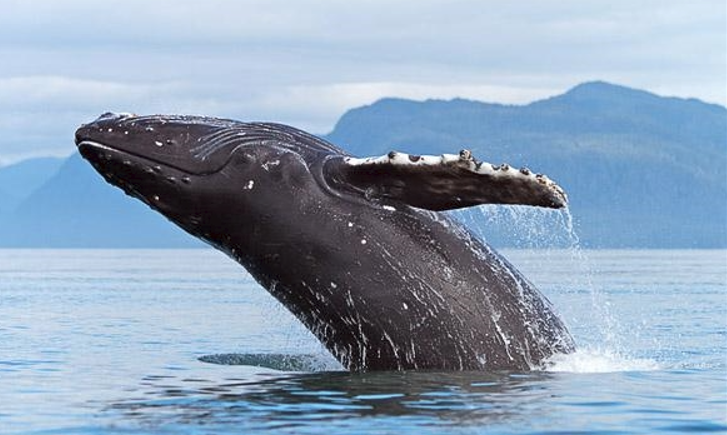 Factors That Impact a Whale's Lifespan

Beyond species type, numerous other factors impact a whale's lifespan, including:

Captive whales have dramatically shorter lifespans than whales that live in the wild. We know this after years of studying beluga whales and killer whales. Prior to 2014, both of these whale species were held in Sea World's tanks. Most killer whales held captive rarely reached the age of 20. On the other hand, wild killer whales live anywhere between 30 and 50 years.

Endangered whales often have difficulty finding social groups to interact with or mate with because there are so few of their species left. Endangered whales often undergo large amounts of stress in their desperate search for mates. This, along with the stress factor caused by lack of social interaction leads to a shorter life.

Most whales have predators that they must watch out for in the wild, but external human factors also shorten their life expectancy. For example, whales living or feeding near commercial spaces are at much greater risk for pollution, ship strikes, or getting tangled in nets.

In commercial frenzies, many whales get separated from their families.

There is much higher competition for food and resources in heavily commercialized areas.

In addition, their food may be contaminated due to human pollution.

Biggest Causes Of Death In Whales

So, how do whales die? Because they are so large, whales don't have very many predators. However, there are certain other threats that could jeopardize their lifespans.

When whales swim into shallow areas and become unable to retreat back to deeper waters, they can become beached. Once a whale is beached, it typically has a few hours to get back into the water before it dies from overheating, dehydration, suffocation, or drowning.

The rise in global temperatures has led to an increase in ocean temperatures. The consequences include habitat loss, prey species reduction, and the increase of toxic algae blooms. In addition, with warm currents, the migratory patterns of whales have changed drastically, increasing the rate of beached whales and impacting birthing rates.

Similar to other animals, whales can succumb to disease and illness. For example, if a whale has an open wound, it can become infected, leading to premature demise. Whales also catch diseases from other whales and get sick from birthing complications, and contaminated food.

As you've probably guessed, humans are up there on the list of whale death causes. Many whales get caught in fishing nets and struck by sizeable commercial fishing ships. Overfishing and pollution contribute to increased whale mortality, as they reduce the amount of food available, meaning fewer whales can get the food they need.

FUN FACT: Most whales sleep with half of their brains on at a time. Even with such long lifespans, they never achieve the deep sleep that humans do.

There's more! To continue learning about the ocean's gentle giants, take a peek at our additional pages: