How Deep Is The Mariana Trench

The Mariana Trench sits between the Philippines and Guam and is the deepest part of the ocean.

Of course, as we know, the ocean is a world completely on its own. Even today, we only know about a fraction of the ocean. Just think about how massive the ocean is compared to the rest of the planet.

Come dive in with us as we explore the depth of the great Mariana Trench.

How Deep Is The Mariana Trench In Miles?

So, how deep is the Mariana Trench in feet?

This massive, crescent-shaped dent in the crust of the Earth is almost 36,800 feet deep.

Now, you might be asking, how many miles deep is the Mariana Trench?

To put that foot measurement into perspective, the Mariana Trench is about seven miles deep. As of today, we know this trench as the deepest part of the ocean.

Unfortunately, we do not know the exact depth of this part of the ocean just yet.

Many scientists believe this part of the ocean could actually be much deeper, as researchers have yet to traverse the entirety of the trench. 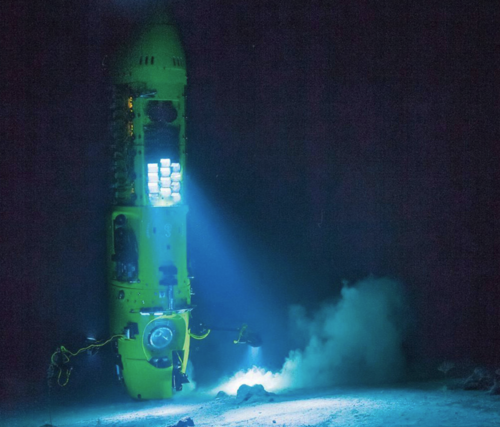 As of now, however, we know it as the deepest place on Earth.

Essentially, if you were at the very bottom of the Mariana Trench and looked up, what you would be looking at would be the tallest rock formation on Earth.

Unfortunately, this wouldn't be possible, as you'll find crushing depths at the bottom of the deepest part. The pressure would literally crush your body. In fact, the pressure is so heavy that your bones would literally dissolve.

Not something that is too fun to think about, huh?

Plus, there isn't any light down there, so you wouldn't be able to see anything anyway, temperatures are just above freezing, and there the floor vents release bubbles filled with carbon dioxide and liquid sulfur, making it a relatively uninhabitable place for most creatures. Surprisingly, specially adapted Mariana trench animals do exist!

However, we humans love trying to perform the impossible, and some people have been able to explore the deepest part of the ocean in incredibly unique ways.

Exploring the Mariana Trench In The 1960 Challenger Deep Expedition

These two deep sea explorers were only able to spend around 20 minutes at the bottom with their navy submersible, as the pressure was too intense. On top of these extreme conditions, due to there being too much dust from the seafloor upon arrival, they were unable to take any photos.

The expedition happened successfully and inspired a new generation to begin exploring the ocean's depths. In fact, it inspired renowned filmmaker James Cameron to dive down in his own vessel in 2012, where he was able to spend three hours. Luckily, he captured a video of its perpetual darkness to bring back. 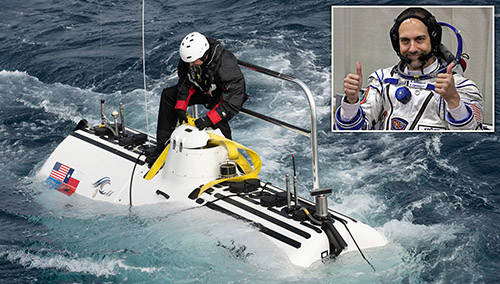 Back in 2021, astronaut and video game developer, Richard Garriott climbed dove down into the Challenger Deep in a unique deep submergence vehicle.

Though Garriott didn't have the titles you'd expect from an ocean explorer, he had already traveled into space and from the North Pole to the South Pole.

Of course, going into the depths of the Pacific Ocean was something new for him.

The point of the expedition was to collect rock samples. However, it didn't quite turn out how the team initially planned. But- they were able to take plenty of photographs and collect a good amount of new data.

What was slightly terrifying about their measurements is that they noted their submarine shrunk due to the deepwater pressure.

The descent took nearly four hours, which, compared to adventures into outer space, is much shorter.

How Deep Is The Ocean?

Of course, the ocean holds an incredibly diverse landscape. Most ocean life lives in anywhere from the middle to just below the water's surface.

The average depth of the ocean is around 12,100 feet, which is not much compared to the deepest ocean trench.

If you were wondering, the Mariana Trench got its name from the Mariana Islands, to which it lies adjacent. It wasn't discovered until 1875.

The HMS Challenger used special sound equipment to measure the depths. It was during the latter half of the 19th century that people were thirsting for oceanic discovery and new technologies, creating a perfect convergence for oceanic exploration.

The Tectonic Plates of the Mariana Trench

The Mariana Trench has a very unique shape unlike anything else in the Pacific Ocean, let alone any ocean around the world. The unique geographical features and crescent-like shape have to do with the tectonic plates beneath it.

Long, long ago, two tectonic plates moved together and ended up creating the Mariana Islands, a grouping of then volcanic islands. This was influential in the birth of the Mariana Trench.

Researchers still conduct seismic surveys of the trench, and have noted that its deepest parts are continuously dragging down into the Earth's crust. There are subduction zones beneath the ocean floor that are sucking ocean waters down into the core, many miles beneath the surface.

Life In The Mariana Trench

While it might not sound like the most ideal place to live, there are actually many species who make due living in the extreme pressures of the Mariana Trench. One of the most notable deepwater species is the Mariana Snailfish.

The body structure of this small snailfish is so unique that scientists used it as inspiration to create a tiny robot that recently dove 10,900 feet under the surface of the trench. Beyond this snailfish, researchers have found around 200 microorganisms, including an array of crustaceans and amphipods.

Of course, just because animals live in this part of the ocean does not mean that it is a very inviting place to live. Not only is there basically no sign of sunlight, but it is also highly acidic.

One of the reasons so many scientists are so excited to explore this deep portion of the ocean is the potential to discover new marine species. It was surprising enough for researchers to learn that any species could survive, let alone thrive, this deep beneath the water's surface.

Pollution In The Mariana Trench

Unfortunately, within the Mariana Trench lies a fair amount of discarded waste.

We often have to tie appreciating some of the greatest treasures on Earth with learning how to protect them from ourselves.

It surprised researchers to find out that pollution and litter have gone so far as to reach the depths of the ocean.

The sheer fact that we've found plastic and metal at the very bottom of the trench should be alarming, reminding us of how much of an impact we have on the Earth. If we are able to find our waste this far down in the ocean, that means it could be anywhere.

Knowing that the Challenger Deep, the deepest point of the ocean, could swallow up the Earth's highest point, is pretty impressive. That is most likely why the United States awarded the trench a National Monument back in 2009.

Of course, this unique geographical anomaly goes far beyond a national monument. In all, it is a new frontier for scientifical, geographical, geological, and biological discovery. We urge you to take what you now know and continue exploring.

If your thirst for the sea is not yet quenched, head over to our other informative ocean articles!