While you often hear about the hot woman surfers of the sport, there are many good-looking guys in the pro surfing world as well.

Considering how many hot surfer guys there are, breaking down some of the hottest wasn't exactly a walk in the park.

Keeping some attributes in mind, however, such as looks, skill, and achievements, we were able to narrow down a list of some of the hottest surfer guys on the planet today.

Kelly Slater was born in 1962 in Cocoa Beach, Florida. Considered by many to be one of the best pro surf legends to have ever graced the sport, Kelly has earned 11 world championships and has become an all-time event win leader.

While he might not be the same young guy posing for magazine photos as he did back in the early 90s, there is no doubt that Kelly still has plenty of attractive qualities about him. Kelly began surfing when he was just five years old, eventually winning his first title at the age of 10 on the Atlantic Coast.

He has appeared in a number of books and films about surfing and founded the ever-popular Kelly Slater Surf Ranch in Lemoore, CA. 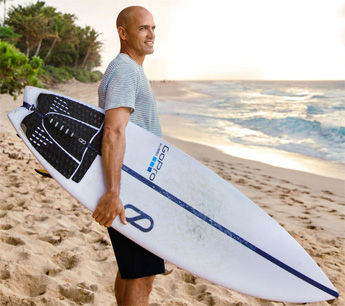 Dane Reynolds was born on September 7, 1985 in Long Beach, CA. Dane came on the scene at the age of 10 and became known for his "go for broke" surfing style. While he first began competing at age 13, it wasn't until 2003 that he made his big break at the X-Games, receiving the highest single-wave score.

In 2012, Reynolds was inducted into the Surf Hall of Fame. Some of his past and present sponsors include Vans, Channel Islands, and Quiksilver. 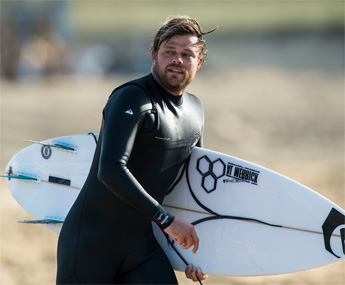 Julian Wilson was born on November 8, 1988, in Coolum Beach, Queensland. He began surfing as a child.

Wilson is not only known for his innate skills as a surfer, but also for his ambassadorship of the National Breast Cancer Foundation. You can see him riding his pink board in support of his mother, who survived breast cancer many years ago.

Wilson was also in the water during the 2015 J-Bay Open when Mick Fanning was attacked by a Great White. Some of his past and present sponsors include Hurley, Oakley, FCS, and Nike Footwear. 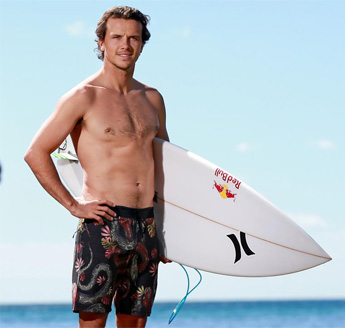 Bruce Irons was born on November 16, 1979, in Kauai, Hawaii, and might be best known as the younger brother of Andy Irons, the three-time world champion.

Bruce is often revered for his fearless tube riding and jaw-dropping aerials. He was raised on the North Shore of Hawaii and took up riding at just seven years old. Soon after graduating high school, Bruce went pro.

He would go on to win a number of championships, including the Quiksilver in Memory of Eddie Aikau, which has waves over 40 feet high. Some of Bruce's current sponsors include DC Shoes, weedmaps, and Fox Clothing. 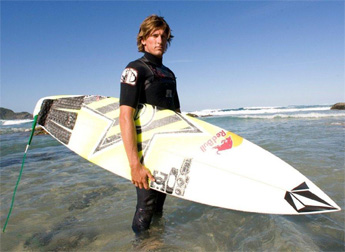 Soli Bailey was born on May 31, 1995, in Byron Bay, Australia. Bailey began surfing when he was only two years old, gaining sponsorship from Quiksilver when he was ten.

At just 25-years-old, he has gone on to compete in a number of high-profile events, including the Australasia Pro Junior, the ASP Portugal World Junior Championship, and Pro Junior Hawaii. He currently rides alongside Jordy Smith on the O'Neill team. 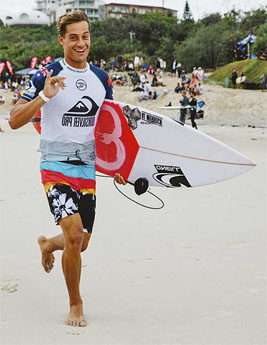 Craig Anderson was born on September 7, 1988, in Port Elizabeth, South Africa. He began surfing at age 15 when he moved to Australia.

Craig eventually picked up a sponsorship from Hayden Shapes after competing in amateur competitions and shooting a number of pro-style clips. Beyond his surfer life, Craig is the co-found of Former clothing company, which sells hats, shirts, and other gear. 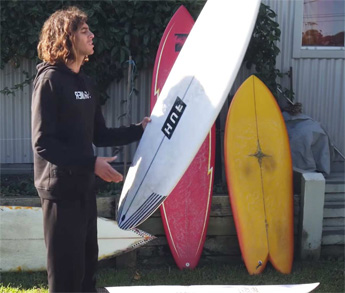 Eric Geiselman was born on March 9, 1988, in New Smyrna Beach, Florida. Eric is the son of Greg Geiselman, a legendary surfboard shaper that goes by LaLa.

He is also an older brother to Evan Geiselman, who has won 12 championships on the east coast. While surfing out in Santa Cruz back in 2009, his board was snapped in half by a great white. Eric has a variety of sponsors, including Globe, Monster Energy, Slater Designs, Softech Surfboards, and Orion Surfboards. 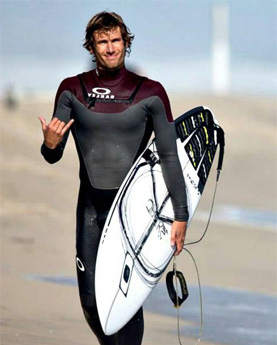 While Luke Davis might be known to many for his hair, which seems to be ever-evolving in terms of style and color, he is known in the surf community as one of the best surfer boys on the Association of Surfing Professionals Circuit.

Davis was born on January 23, 1993, in Capo Beach, California. Some of his current sponsors include VZ, Reed, Lost Surfboards, and Dakine. 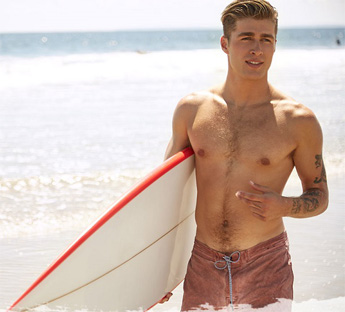 Ozzie Wright was born on July 1, 1976, in Sydney, Australia. While many might know him as one of the few dudes that can bust out ten different tricks on a single wave, many know him as a man of many talents, including filmmaking, punk rocking, and painting.

Ozzie's story is a very eclectic one. Beyond his wacky surfer hair, he is known for his gritty style and innovation in the sport. Some of Ozzie's sponsors include Volcom, Santa Cruz, and FCS. You can see his art in Volcom clothing or catch him rocking in his punk rock group, Goons of Doom. 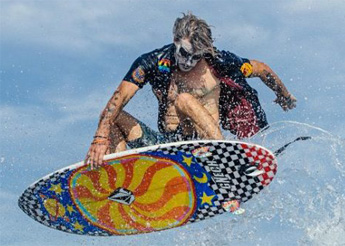 With so many good-looking dudes in the sport, it would take a way longer list to name them all. Of course, we believe the men on this list define the different aspects of the sport, from style to skill to innovation and beyond, which is why we chose them.