The women and girls in the world of pro surfing are some of the most talented and gorgeous athletes on planet Earth. Breaking down the hottest surfer girls was quite difficult considering how many there are out there.

However, with attributes in mind such as talent, beauty, and skill, here are some of the hottest surfer girls in the world.

Bruna Schmitz is a Brazilian model and surfer. She spent two years crushing the world tour in 2010 and 2009.

Shew grew up in Matinhos, a little town in Brazil. At 14 years old, Bruna became the youngest Brazilian athlete to ever win a pro surfing competition. By 15, she was touring and competing on a pro-level. 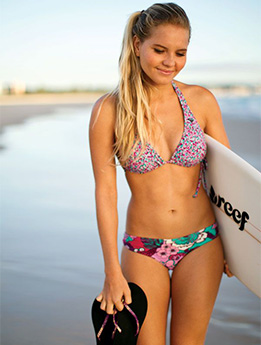 Ellie Jean Coffey is a professional Australian surfer, model, and softcore actress. She grew up in Australia as the youngest of seven, learning to surf on the coast of Coolangatta.

She eventually scored a deal with Billabong clothing in 2017 after ranking 97th in the QS world rankings. 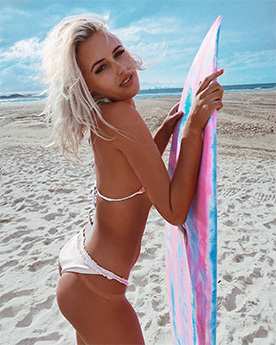 Bree Kleintop is a professional surfer and model from Virginia Beach, Virginia. At six years old, Bree Kleintop began her surfing journey before getting into modeling at around 13.

She has done a number of campaigns for Dragon Eyewear and O'Neill women's. One of her biggest claims to fame was winning second place in New Zealand's 2010 Taranaki Surf Competition. 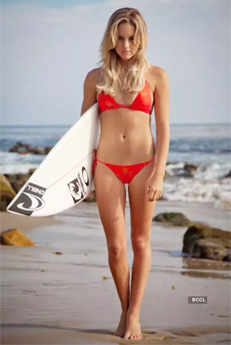 Laura Enever is an Australian pro surfer who made her professional surfing debut back in 2011. She is best known for winning the ASP Women's World Junior Championship back in 2009.

As of March 2015, Laura Enever began competing in the World Surf League at the highest level of pro surfing. One of Laura Enever's most recent achievements was coming in 10th at the Women's Samsung Galaxy Championship Tour in 2014. 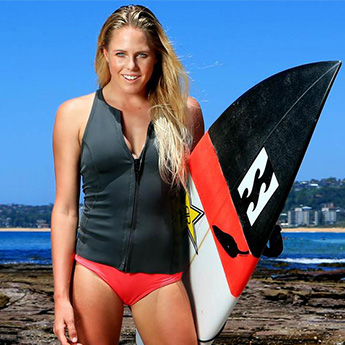 Catherine Clark, a surfer and singer, grew up in Ventura, California, and began surfing when she was only four years old! It wasn't until she was 11 that she picked up her very first shortboard.

One of her favorite places to surf is out at Rincon. A few of her past and present sponsors include Les Ettes Perfume, Billabong, Channel Islands Surfboards, and ProLite. 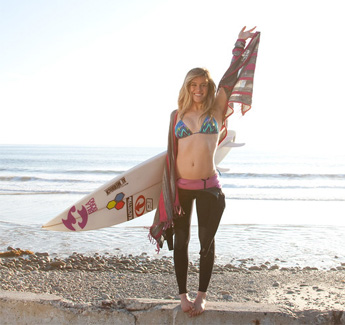 Carissa Moore began surfing when she was only five years old with her dad out on the beaches of Waikiki in Honolulu, Hawaii.

She began winning NSSA junior surfing competitions and began ranking in the ISA World Junior Surfing Championships, putting her Hawaiian team on the map. She was set to represent the United States in the 2020 Tokyo Olympics before they were canceled.

Some of the companies that sponsor Carissa Moore include Red Bull, Nike, Hurley, and Target. 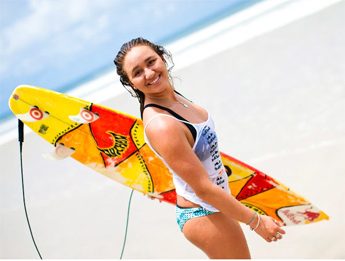 Erica Hosseini was born in Newport Beach, California, though was raised in Newport Beach and Lake Tahoe. As a child, Erica was very active, learning to ski, play volleyball, baseball, lacrosse, soccer, and basketball.

Erica Hosseini first picked up surfing at eleven years old and began competing in the NSSA at thirteen. She placed in a number of competitions, including second place at the Lower Trestles 2002 Foster's Cup. She also won a number of NSSA titles as well. Beyond that, Erica became the champion of the 2021 Association Pro Surfing Series. 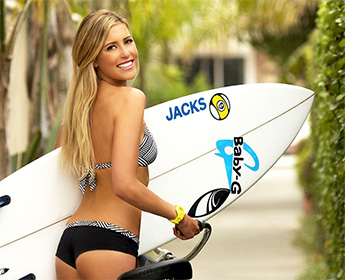 Malia Manuel is an American Surfer born in Kauai. She has an incredibly smooth and progressive style of surfing with heroes such as Bruce and Andy Irons.

Malia Manuel burst onto the surfing scene at 14 years old, becoming the youngest surfer to ever win the US Open of Surfing in 2008. Some of her past and present sponsors include Lululemon, Paul Mitchell, Mayhem, Sun Bum, O'Neill, and Falken Tires. 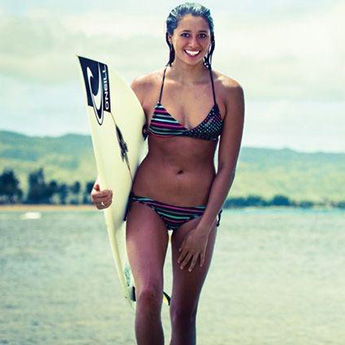 Alana Blanchard was born on March 5, 1990 in Kauai to Holt and Cydney Blanchard. As a good friend of Bethany Hamilton, she was present when Bethany had her arm bitten off by a shark at age thirteen. Alana Blanchard ended up with a role in the 2014 movie Soul Surfer, played by actress Lorraine Nicholson.

Alana Blanchard first learned how to surf at age four, riding her first wave in Kauai at the Hanalei Pier. She would then go on to compete at just nine years old. Some of her past and present sponsors include Reef, Hurley, SPY Optic, GoPRo, Sticky Bumps, Channel Islands Surfboards, and Rockstar.

In 2017, Alana launched the Alana Blanchard Foundation to help support female surf talent around the world. 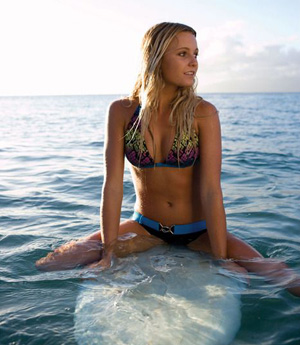 Quincy Davis was born in Montauk, New York on May 18, 1995, and began surfing when she was only seven years old. She began attending local surfing events, competing against boys, as there weren't any other girls in her age division. One of her first major achievements was winning the NSSA Championships in 2009. 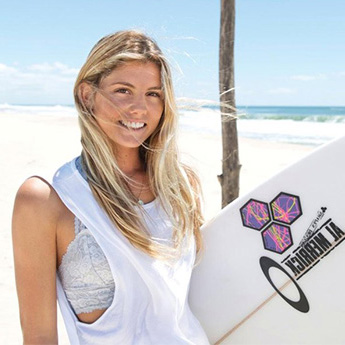 Sage Erickson moved with her family from Ojai, California to Oahu, Hawaii when she was nine years old. She began surfing at age 11 at Sunset Beach and hasn't missed a day since. When she was fourteen years old, she moved to Ventura, California, starting her competitive surfing career.

After dominating the Pro Junior Circuits and NSSA, Sage Erickson became a qualifier for the Women's Association of Professional Surfing ASP. She has been featured on a number of channels, including GrindTV and ESPN, and was listed as #87 on Maxim's 100 hottest women in 2014. 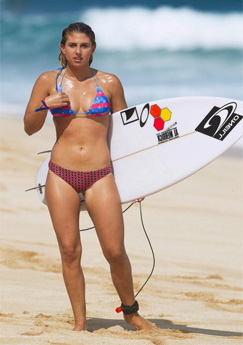 Coco Ho is the daughter of Michael Ho, two-time winner of the Triple Crown, and brother of Mason Ho, one of the top pros in Hawaii right now. Coco Ho was born in Honolulu, Hawaii and began surfing at seven, following in the footsteps of her father. Known for her spontaneous and athletic surf style, she landed her first sponsorship at eight years old.

Coco Ho is currently the face of Volcom and is sponsored by a number of companies, including Etnies, Swatch, and Beats by Dre. 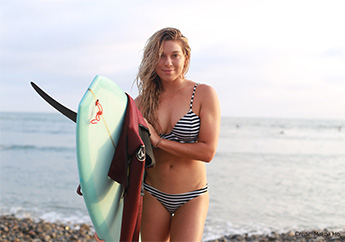 There you have it, the hottest surfer girls around. Of course, there are so many more we could have mentioned on this list, which is why we want to make a few honorable mentions: