The official state fish of Hawaii is just as fascinating as the reason it became the Hawaiian state fish in the first place. But, out of all the amazing fish species in Hawaiian waters, why did they choose this particular one?

From sharks and rays to the many colourful fish adorning the reefs around the Big Island, Hawaii's ocean biodiversity is certainly worth celebrating. Dive into my guide to Hawaii's state fish and the story of its rise to official recognition.

What is the Hawaiian State Fish

Its Latin name is Rhinecanthus rectangulus (meaning rectangular triggerfish), while the Hawaiian word for the species is Humuhumunukunukuapua`a.

In Hawaiian, you should pronounce every syllable clearly, making this "who-moo-who-moo-nuu-koo-nuu-koo-ah-pua-ah".

The Reef Triggerfish is a colorful species with distinctive stripes around the eyes and tail.

It has strong cutting teeth which it uses to eat snails and other invertebrates, tube worms, crustaceans, mollusks, as well as to scrape algae from the rocks and coral reefs.

Triggerfish species take their name from the main spine on the top of their body, which can move up and down and resembles a trigger.

When threatened, such as when a predator swims close by, triggerfish make a grunting sound which sounds a bit like a pig 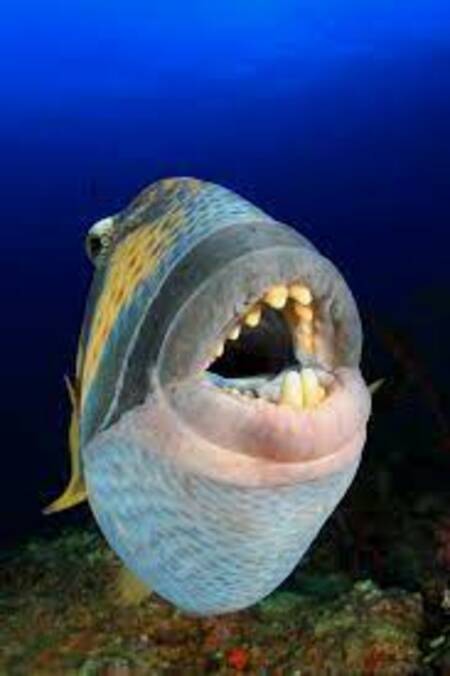 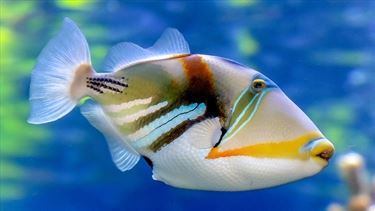 to alert other nearby fish. This is especially fitting since the Reef Triggerfish's Hawaiian name translates to "fish with the snout of a pig.

Triggerfish are quite aggressive and are more than willing to defend themselves against predators. They have also been known to attack divers and snorkelers who get too close for comfort. This is exactly why their cousins, the titan triggerfish made it onto our most dangerous sea creatures list.

The Hawaiian state fish may be beautiful to watch, but always keep a safe distance.

How Did the Reef Triggerfish Become Hawaii's State Fish?

There is a famous Hawaiian story about a god called Kama Puaʻa, who was chief of Oahu and empowered with the ability to change forms between that of a human and a wild pig.

He could also control the waters of the rain and the ocean.

Kama Puaʻa fell in love with Pele, a fire-goddess from the Big Island, when he was on a trip there.

Pele knew Kama Puaʻa was a trickster and was initially unimpressed by his advances, sending a plume of lava and smoke to see him off. However, he was undeterred, eventually winning her over to the extent they got married.

Pele soon grew tired of Kama Puaʻa's piggish habits and violent nature, and summoned her allies from the underworld to banish him into the sea with lava and fire. Once he entered the ocean, Kama Puaʻa was changed into a Triggerfish. This gave him scales thick and tough enough to survive the heat of the boiling waters and make his escape into the deeper sea.

Largely owing to the story of Kama Puaʻa and Pele, the decision was made to install the Reef Triggerfish as the Hawaiian state fish in 1985, on a five year trial basis. However, it appears everyone had forgotten this when the five years expired. Neither was the tenure of the Hawaiian Triggerfish renewed, nor was a different fish species designated.

Despite their love of the ocean and thriving seaside culture, Hawaii actually remained without a state fish for 26 years. Finally, in 2006, officials realised the error and a brief re-election campaign was launched for the Hawaiian Triggerfish. This was successful and the Reef Triggerfish was duly signed in as the permanent state fish of Hawaii later the same year.