Many scientists believe that we're in the middle of one of history's most significant extinction periods. From habitat loss to rising ocean temperatures, some ocean creatures are having their populations driven down at faster rates than ever before. So it is not surprising that the species listed as extinct continues to grow.

Remarkably, on the other hand, other species have adapted so well to these changes that they have continued to thrive in the world before, during, and after the dinosaur eras.

Today, we're going to explore more modern sea animals that have already gone extinct, as well as some prehistoric ocean dwellers who have survived extinction and continue to flourish today.

The short-nosed sea snake may be one of the most recently extinct creatures on this list, as no one has seen one since 2000.

This unique sea snake is from Ashmore Reef, Australia, though it has also been found off the coast of Northwestern Australia in the Hibernia Reefs.

The snake was known for its ultra-venomous characteristics, though it preferred to munch on fish and eels.

Unfortunately, the snake had been negatively impacted by rising water temperatures and hasn't been seen in more than two decades. 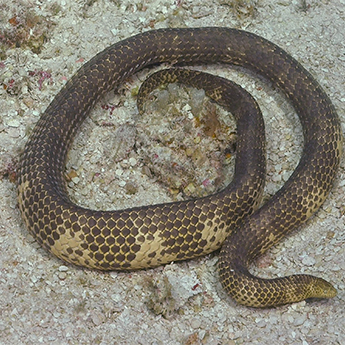 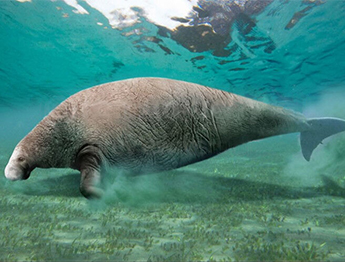 This creature looked a lot like a manatee and was first found swimming slowly around the freezing cold Alaskan Bering Sea back in the early 18th century.

Unfortunately, people hunted the stellar sea cow to extinction within the past three decades, capturing it for its hide and meat.

The sea cow, though very large, was an herbivore and for the most part, fed on local kelp supply.

To maintain its warmth in the frozen waters of the Arctic, it developed thick blubber.

The sea mink was a carnivorous 3 foot creature with very close relations to the American mink. It was found swimming along the rocky Nova Scotian and New England coastlines. Unfortunately, humans started hunting these marine mammals during the latter half of the 20th century.

Because the sea mink was so large in comparison to other mink species, fur traders and hunters loved pursuing it. 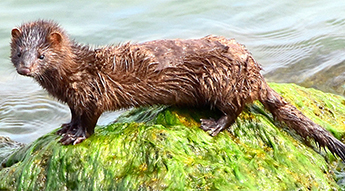 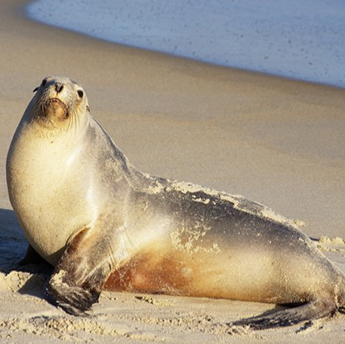 The Japanese Sea Lion, which was often found swimming around the Sea of Japan and the Northwestern part of the Pacific Ocean, unfortunately went extinct back in the latter part of the 1970s.

More recently, a few ocean experts believed they sighted Japanese Sea lions swimming around in the Pacific, though they ended up being California Sea Lions, a closely-related cousin.

After 50 years without any sightings, the 2008 IUCN finally declared the Caribbean Monk Seal extinct.

The Caribbean Monk Seal was a prominent predator in the tropical oceans of the Caribbean and one of the New York Aquarium's most popular marine animals in the early 1900s. 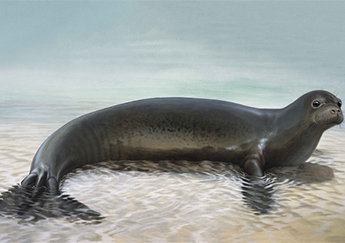 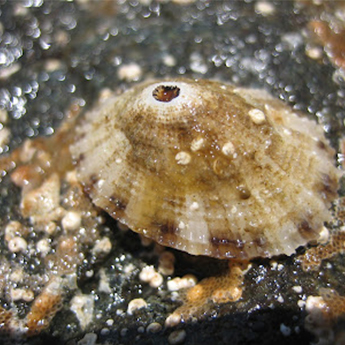 This was a unique sea snail species, which used to fill vast parts of the western Atlantic ocean.

The interesting thing about the Eelgrass limpet is that it exclusively fed on eelgrass, a unique form of seagrass.

Unfortunately, the eelgrass distribution and population began dying off during the 1930s, which meant despair for the eelgrass limpet.

The New Zealand Grayling was a popular food source not only for the the native Maori people, but for the Europeans who settled in New Zealand as well.

The unique thing about the New Zealand Grayling is that it was an amphidromous marine fish, meaning that it could live in fresh water or sea water. Not to be confused with anadromous fish who breed in fresh water and return to the sea afterwards. 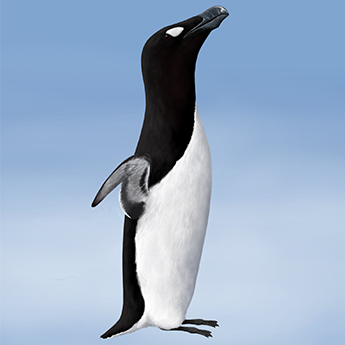 This unique flightless bird went extinct in the mid 19th century. Though the great auk looked a lot like the modern penguin, it was in no way related.

They were found throughout Canada, Greenland, and Europe throughout the Northern Atlantic Ocean.

Humans harvested the eggs of the great auk for food, causing it's extinction.

Historians say that even Neanderthals hunted and ate these birds hundreds of thousands of years ago.

Other extinct bird species include the pallas's cormorant and the Saint Helena petrel.

Jellyfish sometimes referred to as "sea jellies," are well-known species that have been around for more than 500 million years, according to recent evidence. Jellyfish are unique in that they are made of 95% water, and their bodies are soft. For this reason, it's been difficult for marine biologists to find fossil evidence of them unless they were preserved in fine sediment.

Beyond that, jellyfish don't have brains, hearts, or blood, which makes it hard to distinguish them from plants. In fact, jellyfish only have a very basic neuron network, which allows them to float around their environment slowly. The reason that jellyfish have been able to survive for more than 500 million years is that they don't respond to things like temperature, acidity, or high salinity levels, thanks to their lack of complexity. 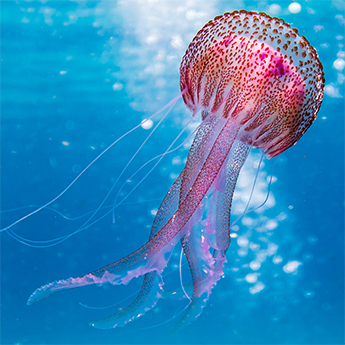 These elements have been the cause of extinction for large quantities of other species. Therefore, it is the basic form of the jelly has truly been its savior. 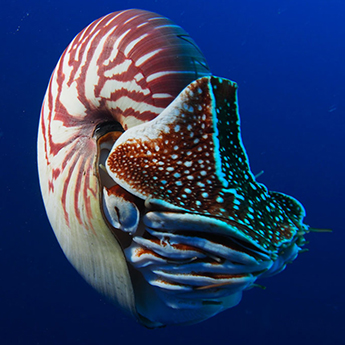 The nautilus is another marine species that has been around for more than 500 million years.

This mollusk thrived when the land was still in the formation process. 500 million years ago, there were likely more than 10,000 different species around.

As of today, only a few mollusk species survive in places like the Indian Ocean and the Pacific.

Nautiluses hunt for lobsters, crabs, and fish with their unique chemosensors.

With beak-like mouths, they're able to pry open the hard shells of crustaceans before they use their internal tubes to regulate the amount of air and water that pours into their shells.

Though not quite as old as the nautilus or jellyfish species, the horseshoe crab still dates back 450 million years.

This unique creature has survived the five mass extinctions and outlived the dawn of the dinosaurs. Interestingly, the horseshoe crab is that it isn't actually a crab.

In fact, scientists classify it under the same family as ticks, spiders, and scorpions, known as the subphylum Chelicerata. 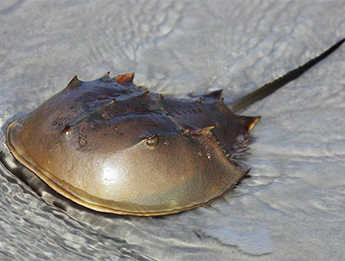 While it might look a bit frightening, the horseshoe crab is a harmless little guy. Its little tail is only used to turn itself in the water or back on its bottom if it accidentally flips over on its back.

FUN FACT: Horseshoe crabs have a total of ten eyes all over their bodies. 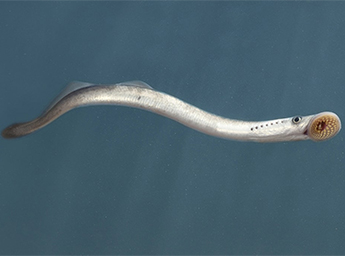 The Lamprey is a unique parasitic fish that came about more than 360 million years ago. This fish survived four mass extinctions, but their population has dwindled which is why they're mainly found in the Atlantic Ocean today. Lamprey fish do not have bones, which is why people compare them to eels or leeches.

Lampreys also don't have jaws so they use their mouths like a suction cup and cut up their food with their razor-sharp tongues. So yes, they do have small teeth, but their tongues are what you probably want to watch out for if you ever see one.

One fun fact about lampreys is that kings of England saw them as delicacies for thousands of years. But, unfortunately, they are uniquely vulnerable species with late maturity, slow growth, and low productive rates.

Until 1938, scientists thought the Coelacanth fish went extinct during the dinosaur age 65 million years ago. However, it was rediscovered in 1938, and scientists figured out that it had been around for more than 360 million years. Furthermore, these fish are pretty wild in that they can live for more than 60 years and grow more than six feet in length.

What truly sets this fish apart from the others is that they are connected to the evolution of four-legged amphibians. 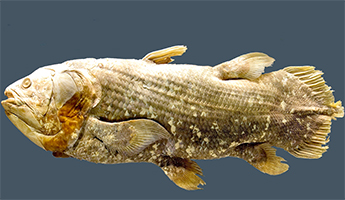 Coelacanths also have a single-hinged skull joint, which allows them to open their mouths very wide. They also have a unique rostral organ, which uses electrosensory powers to help them find prey. You won't find these characteristics in any other modern vertebrates.

Unfortunately, climate change, bycatch, and port construction have put this special fish on the endangered species list once again. 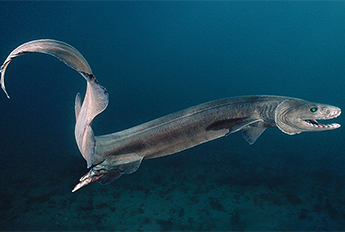 This species is 80 million years old and has been lurking in the deep shadows of the ocean ever since it first came around.

People began referring to them as frilled sharks due to their fluffy gills, though many consider them cousins of hammerhead sharks and great white sharks.

With hinged jaws and 300 pin-shaped teeth, these sharks lunge quickly at squid and fish, devouring them in a split second. Interestingly, these unique sharks haven't changed very much over 80 million years they've been in existence and they can be found at

the same depths as the deep sea ghost shark. While the frilled shark seems like a capable defender, the IUCN says that it has become critically endangered due to bycatch.

Final Thoughts - What We Can Learn From These Sea Creatures

If anything, the true lesson here is that we should learn from our past mistakes in order to protect animals from extinction in the future. With the introduction of the Endangered Species Act and people fighting for new regulations every day, we're finally taking steps in the right direction.