There is wide spread belief among us land dwellers that sharks never sleep. On the contrary, sharks engage in small, deep rest periods throughout each day. Although, the kind of rest they get is vastly different from the type of rest most animals get.

Dive in with us as we explore how sharks get the rest they need to remain one of the ocean's top predators.

How Do Sharks Sleep?

As of now, we don't believe that sharks curl up with a good book before sinking into a sweet dream at night. To understand shark sleep we need to adjust the way we think about sleeping. Webster defines "sleep" as a "natural periodic suspension of consciousness." Sharks do have restful periods. Undergoing deep sleep for eight hours at a time like us humans may not be an option for them, but they certainly do get regular breaks from brain activity.

Will A Shark Die If It Stops Swimming?

While this is true for many species of shark, it's not a blanket truth.

The sharks that need to keep moving all the time are referred to as obligate ram ventilators, and they include: 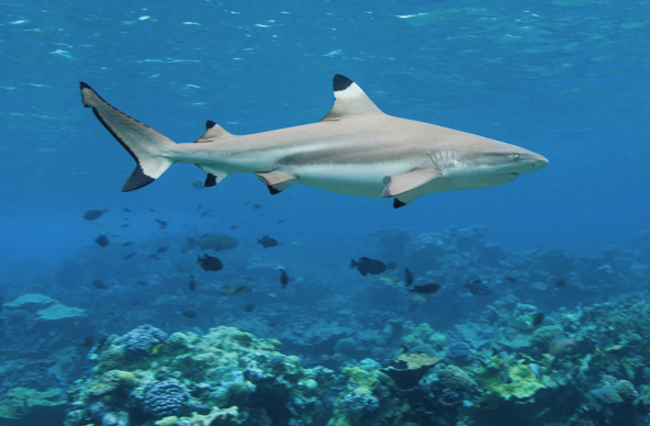 These sharks need to force water over their gills to continue breathing, and they do this by swimming constantly.

Why Do Sharks Have To Keep Moving?

Many sharks, but not all, have to swim constantly to keep oxygen containing water flowing in through their mouths and out through their gills. Beyond breathing, one of the most important reasons sharks need to swim to stay alive is so that they don't sink to the bottom of the water column.

In recent studies, marine biologists have learned that the spinal cord tells sharks to continue swimming, not the brain. This contributes to allowing sharks' brains to remain inactive during resting periods. Scientists are still working to gather more information on the subject.

Some sharks go immobile when it's time for sleep. They rest motionless on the ocean floor, eliminating the risk of sinking to the bottom of the water column. These species include: 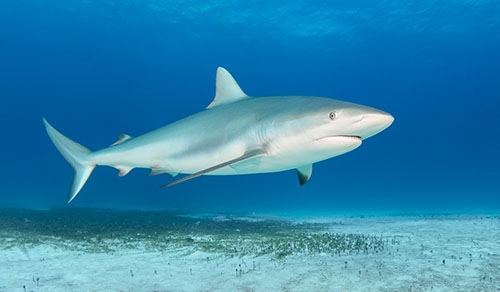 To move water through their respiratory systems while not in motion, the sharks listed above use spiracles.

Spiracles are openings located in between their gills and eyes on either side of the head. These specialized organs force oxygen-rich water to move through their gills so that they can breathe without having to move.

In doing so, they can take a deep rest on the seafloor without "suffocating."

It is important to note that while these bottom-dwelling sharks stop swimming, they must still ventilate in the same way pelagic sharks do.

Where Do Sharks Sleep?

Do Sharks Sleep At Night?

When do sharks sleep?

Well, unlike humans, sharks never get into a deep sleep. Instead, half the shark's brain will remain active while the other goes into a light sleep. So essentially, most shark species will oscillate between wakeful and restful periods over the course of a day.

Sharks will never go into a completely unconscious state throughout their lives.

It is also worth noting that most sharks are nocturnal creatures, meaning they actively hunt at night and sleep during the day.

Do Sharks Sleep With Their Eyes Open?

Yes, sharks sleep with their eyes open, but only because they don't have eyelids. A shark's eyes are always open, and its pupils constantly monitor the motion of the ocean around them.

In this way, sharks can protect themselves while they are "asleep."

How Long Do Sharks Sleep?

It's difficult to measure how long a shark sleeps because sharks don't go through deep sleep in the traditional sense. Sharks oscillate through active periods and restful periods throughout the day, resting for small periods at a time.

What Do Sharks Do When They're Awake?

During the time they aren't resting, they're mostly cruising and looking for food. The majority of sharks species are carnivores, and most of them love eating fish. And don't worry, sharks rarely attack humans. If there is a shark attack, it's usually because the shark has mistaken the human for a sea turtle or seal.

Our Other Awesome Shark Articles Include: