We know that you live the majority of your life on land, though that doesn't mean you should ignore the important facts about the seas and oceans. With more than 70% of our planet covered in water, many people think it's all the same thing.

While many people use the terms "sea" and "ocean" interchangeably, geographers and cartographers will tell you how important it is to differentiate them, especially as you discuss particular bodies of water.

Let's dive in and explore the difference, shall we?

When referring to large bodies of salt water that cover most of our planet, we typically use the words "ocean" and "sea" interchangeably. However, if you want to get technical, an ocean is one of the seven large salt water divisions on Earth, including the Pacific Ocean and the Atlantic Ocean, while a sea is a smaller section of those divisions, such as the Caribbean Sea or the Mediterranean Sea.

We like to think of the ocean as a massive, unbound body of water where the land on Earth acts almost like an island. We are the outliers when it comes to the oceans, divided by their vast expanse. 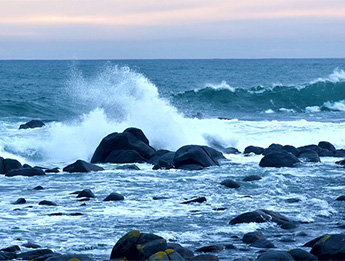 While you could technically say there is one large ocean on Earth (sometimes referred to as the "world ocean"), people often divide the ocean up and give it specific names:

When you count out all of these divisions, you end up with seven oceans rather than five.

What Makes A Sea, A Sea?

When people use the term "sea," they usually mean the same thing as "ocean." However, a sea is technically a division of ocean waters on Earth's surface, marked off by large boundaries of land. In essence, a sea is usually bound to a particular surface in one way or another, more often smaller landmasses instead of whole continents.

There are some very popular seas that fit the above definition, including the Red Sea, the South China Sea, the Arabian Sea, and the Mediterranean Sea.

Some of these large bodies of water are completely surrounded by land, though because of their size, we refer to them as seas. The Black Sea, for example, is an inland sea.

Of course, there are also seas out there that aren't as easy to categorize, which we refer to as liquid outliers. For example, the Sargasso Sea, a calm portion of the Atlantic Ocean, does not have any land boundaries. However, it sits between two ocean currents.

It's also important to note that some bodies of water do not have the word "sea" in the name, yet they are definitively seas. For example, the Hudson Bay is a sea that sits inland. We also consider the Bay of Bengal and the Gulf of Mexico to be seas as well.

To make matters even more confusing, there are some bodies of water that have the word "sea" in them, yet aren't seas by definition. For example, the Dead Sea and the Caspian Sea are saltwater lakes, not seas. Then there is the Sea of Galilee, which is a freshwater lake instead of a body of salt water.

It is also worth noting that the chemical composition of seawater differs based on location.  Without ocean currents, it's hard for a sea to regulate its water. Plus, water evaporates faster in the sea than in the ocean, leaving behind a much higher density of sodium chloride. 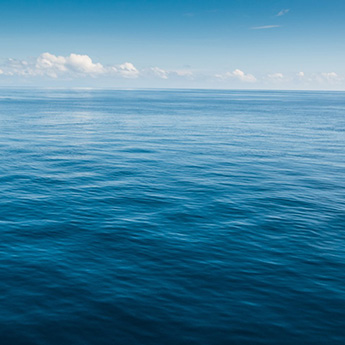 How Many Seas Are There?

According to the International Hydrographic Organization, there are more than 70 distinct bodies of water in the world that we refer to as "seas."

The Coral Sea, which is part of the Pacific Ocean, is one of the world's largest seas.

How Many Oceans Are There?

What Are The Seven Seas?

The "Seven Seas" is an outdated term initially used to describe trading routes on the global ocean. These seven seas are not concrete by any means. Instead, they changed throughout history based on time and place.

When the Americas were colonized, the idea of the seven seas changed once again, including the Gulf of Mexico and a few parts of the Caribbean.