Clams vs Mussels vs Oysters

Quite a few of us view clams, mussels, and oysters as seafood staples, though we may not know the differences between them.

Today, we'll clarify what sets these little shelled sea creatures apart from each other, as well as highlight the features they have in common.

Let's dive in, shall we?

Similarities Between These 3 Mollusks

Here's a quick overview of the similarities between clams, mussels, and oysters:

All three of these creatures are part of the mollusk family, which means they all fall under the umbrella of the phylum Mollusca family of invertebrates.

Clams, mussels, and oysters are what we refer to as "bivalves," which are the second-largest group in the mollusk family after gastropods.

These creatures got the name bivalves due to the fact that they have two-piece shells that connect with a solo hinge. 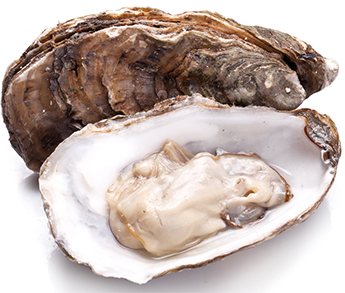 Scientists have discovered more than 10,000 bivalve species worldwide in both saltwater and freshwater environments.

These creatures are quite unique in that they are filter feeders. To eat and breathe, they must pump water through their gills. So they will take water into their gills and filter out tiny bits of food in the process.

Bivalves are pretty crafty in that they create their shells using calcium carbonate. As they grow, so do their shells. The downside to these shells is that the acidification of the ocean significantly impacts them. With carbon pollution becoming a significant problem, the ocean has become far more acidic in the past few decades, making it more difficult for these bivalve mollusks to build shells.

So, now that you understand what these tiny bivalve mollusks have in common let's see what makes them unique.

Difference Between Clams and Oysters and Muscles

If you were to look at these bivalve mollusks side-by-side, you'd be able to tell the difference between them.

Oysters have rough-textured shells compared to mussels and clams and are often gray, white, or brown. Compared to the other two, they are also a bit more irregular in terms of shape.

Mussels have black or dark blue shells with a unique sheen. In terms of shape, we would classify them as oblong.

Clams have oval-shaped shells and stout shapes. The unique thing about clams is that each portion of their shell is the same size. Often, their shells are white, brown, or light tan. However, if you look at the Maxima Clam, for example, you can see an extremely colorful shell.

The bivalve mollusk species are found in aquatic environments, as it is composed of filter feeders. The cool thing about this species is that you can find them all around the world, from the deepest parts of the Arctic to tropical waters.

Mussels and clams live in either saltwater or freshwater, while oysters are only found in saltwater. Clams have a single foot, which they use to burrow into soft sediment. As a result, you'll often find clams hiding in sand or mud. The Coquina clam is one of the most well-known clams, which can be found on sandy shorelines all over the globe.

While clams will often move around, mussels and oysters like to stay in one place. As adults, oysters will remain in one place. In large oyster reefs, they'll often attach themselves to other oysters. Mussels will stick to other mussels or rock using byssal threads, which are thin fibers it secretes.

Are Mussels, Clams & Oysters Good For You?

Yes, each of these mollusks provide plenty of health benefits!

You may have once heard that oysters are wonderful for increasing sex drive. But, of course, while it's true, it's not as simple as that.

One thing to note is that mollusks have a very high zinc content, great for reproductive health, though just as great for strengthening your bones and boosting your immune system. Mollusks can also help deter acne and get rid of rashes.

Here are a few of the most notable health benefits of mollusks:

What Is A Clam?

A clam is a bivalve mollusk with two shells that are equal in size. Their two shell sections connect with dual adductor muscles. Every clam has a single foot, which it will use to burrow into sand and sediment. Most edible clams have oval-shaped shells.

North Americans mainly enjoy eating clams in clam chowder, or steamed in a flavored broth. More so than anywhere else, you'll find clams in dishes in India, Japan, Italy, and North America.

Where Do Clams Live?

Clams are saltwater creatures that spend most of their lives buried underneath sand or sediment on the ocean floor. 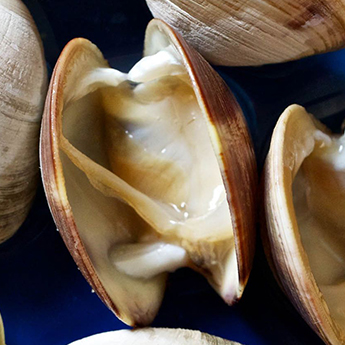 What Is An Oyster? 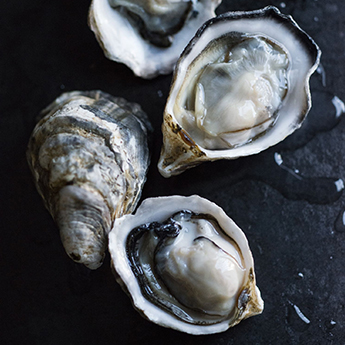 In addition, oysters have highly-calcified shells, which are more oblong than the other two edible mollusks.

Oysters are unique because they contain a small siphon in their bodies, which they can use to filter water and eat.

Where Do Oysters Live?

Oysters can be found in brackish and marine habitats. While they often attach themselves to surfaces and live in one place for a long time, they can move.

What Is A Mussel?

Mussels are bivalve mollusks with black, purple, or dark brown shells, which are silver on the inside.

Compared to clam shells, mussel shells are asymmetric and elongated, as well as less ovular.

Mussels tend to live in saltwater, though you can find them in fresh water as well. 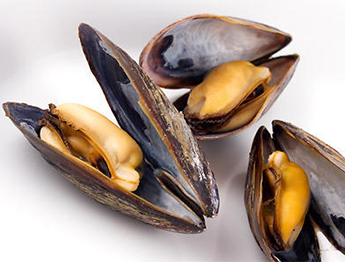 Where Do Mussels Live?

Mussels live in both saltwater and freshwater environments. They will use byssal threads to attach themselves to the substrate.

Oysters and clams are much more popular than mussels, as more people consume them. Let's look at an overview of oysters vs. clams.

Where Do Pearls Come From?

Pearls come from freshwater mussels and marine oysters. These bivalve mollusks will create pearls as a defense mechanism to deter irritants such as parasites, which enter their shells seeking to damage their fragile bodies.

A mussel or oyster will secrete multiple layers of conchiolin or aragonite over time to surround the irritant and this is how a pearl is formed. Conchiolin and aragonite are the same substances that their shells are composed of.

The end material is called "nacre" or mother-of-pearl. In commercial culturing, irritants will be placed inside the oyster or mussel to produce nacre.

Clams, Mussels, and Oysters, Oh My!

So there you have it, the main differences between clams, mussels, and oysters. Now go share these fun facts with your friends at the next seafood dinner! They are sure to be impressed.