The sea is one of the most complex environments on Earth, and to this day, there is still much about it that we don't understand. However, by looking at the various components that make up the sea, we can come closer to unraveling one of Earth's greatest mysteries.

We can better grasp the way the ocean works by analyzing it's chemical properties. Continue reading as we detail the chemical composition of seawater.

Seawater (Salt Water) And Its Elements

For the most basic understanding, seawater is simply a solution of water (H2O) and salt. However, when we collect small samples of ocean water break down the chemical formula into its elemental properties, we can see that seawater is as follows: 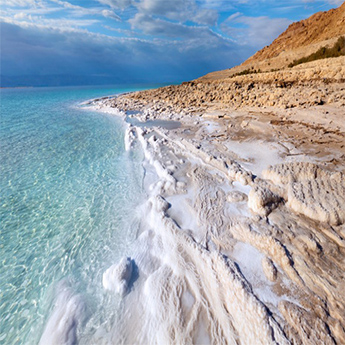 The smaller constituents and substances on this list can vary on the smaller side of the seawater chemical composition scale, including strontium, inorganic phosphorus, inorganic nitrogen, inorganic carbon, fluoride, boron, and bromide.

Seawater has an average salinity of 3.5%, which means dissolved salts make up 35 grams per liter of seawater.

While you would never want to go about drinking seawater, it's surprisingly not as salty as you would think. To give you a better perspective, freshwater bodies, such as lakes and rivers, have 0.5% salinity levels on average.

Differences in salinity come from freshwater mixing with seawater through the mouths of rivers or freshwater evaporating in hotter climates. Thawing and freezing of ice can impact salinity levels as well.

Salinity has a significant impact on marine animals. For example, a fish with a cellular salinity of 1.7% would dehydrate in salt water and swell in freshwater. Ocean fish spend their days ingesting salt in seawater, excreting any copious amount through their gills.

A freshwater fish, however, will excrete more urine and not drink large quantities of seawater.

Plankton makes up a high percentage of the ocean organisms and acts as the food for larger marine organisms. Without high salinity levels, plankton would not survive. These organisms, which create the shells of silicon compounds, require dissolved silicon salts in the soil to survive.

FUN FACT: The saltiest body of water on the planet is the Dead Sea, which is actually a lake. It has a salinity level of approximately 33.7%. This salinity level is ten times more than that of average ocean water. 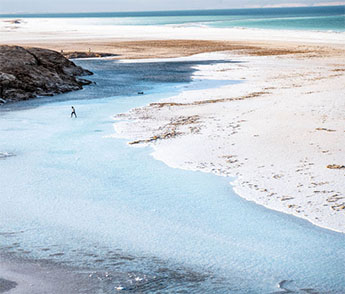 Because salt increases the mass of seawater, seawater has a higher density level than freshwater.

For this reason, you will float around in sea water or salt water and slowly sink in freshwater.

If you've ever swum around in the ocean vs. freshwater, you've probably found it more difficult to swim in seawater.

Seawater has a slightly alkaline composition, ranging between 7.5 and 8.4.

Unfortunately, climate change is negatively impacting the composition of the sea. As the oceans become more acidic, coral reefs are dying off.

Seawater covers most of the Earth's surface, and understanding it as best as possible means we can better preserve it. We hope this article gave you a better look into the depths of seawater. Time for a trip to the beach!