The phrase “Charlie don't surf” is a quote from the movie Apocalypse Now, which technically means that Vietnamese don’t surf. Although, it more deeply symbolizes U.S. victory in the Vietnam War and that the victor can do whatever they want on the defeated enemies' homeland, which in this case is to go surf their waves!

Understandably, this still might not make sense to you. That is because to fully understand this phrase, you need to know the context and back-story.

Continue reading below as we paint the whole picture behind this famous movie quote and explore it's impact on surf culture.

This 1979 film, featuring an all-star cast including Martin Sheen and Marlon Brando is about Sheen's character chasing Brando's character throughout Vietnam.

The military code letters "VC" were used during the Vietnam war when US intelligence officers would talk about Viet Cong over their radios.

So that they could be understood clearly over their radios, "VC" was spelled out as "Victor Charlie".

If the officers were referring to all communist forces, including both the North Vietnamese and the Viet Cong, they would simply say "Charlie".

Both "Charlie" and "Victor Charlie" became popular phrases in US culture.

Of course, these expressions did not go on to mean talk of the Viet Cong and the Vietnamese. 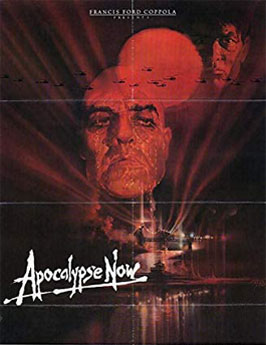 During the movie, Sheen's character meets up with a man named Lance B. Johnson, played by Sam Bottoms. Johnson is a gunner's mate. He also enjoys the sport of surfing. Johnson surfs during the Vietnam war in the Apocalypse Now film.

Sheen's character, Captain Willard, and Johnson meet up with a man named William "Bill" Kilgore, played by Robert Duvall. Kilgore is a Lieutenant Colonel. Kilgore is another surf fanatic. From the time they meet, Captain Willard, Johnson, and Kilgore form a surfing fanatics club.  The name of the beach that this surf trio made many memories on in the film was known as "Charlie Beach".

The trio prepared for an ambush during one of the scenes of this iconic film. During the scene, Kilgore instructed a subordinate to get the 8'6" Yater surfboard from a beach they called "Charlies Point". The subordinate was objecting because it was pretty harried in the area. That would mean the beach may have been filled with Charlie and Victor Charlie, military code words for the Viet Cong and Vietnamese.

Yet, at another point in the film, a helicopter is seen destroying a Victor Charlie village. Kilgore orders Johnson and his men to surf waves during this scene. The Apocalypse Now movie is one of the most popular surf movies of all time. It is also popular because of the references to the war.

These surfing scenes were not filmed in Vietnam, as it was not considered a safe place to surf in 1979 when the movie was filmed. Baler Beach in the Philippines was the actual location for the more essential surf scenes of the film. Some surfboards were left behind after filming, so local children took ownership of these surfboards and learned to surf. Not only did the children in the Philippines begin surfing regularly, but surfing became more popular around the world after the release of Apocalypse Now.

Now that Apocalypse Now is a cult classic, the area known as "Charlie's Point" in the movie is a tourist attraction.

What Was the Inspiration Behind the Famous Movie Quote? 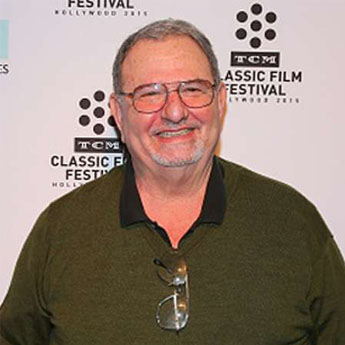 It is said after winning a battle, Sharone and his crew took to spearfishing.

After catching and and frying a few fish that they had spearfished, Sharone lifted a piece and told his crew, "We are eating their fish."

In a sense, Sharone was indicating that they had won the war and now could eat the fish of their one-time enemy.

When Milius wrote the screenplay for Apocalypse Now, he wanted to have that same message portrayed to the audience.

He came up with the line "Charlie Don't Surf."

Milius wanted the actors in the movie to understand the concept of the hippie era. He took one of them, Duvall, to Malibu. The field trip was for Duvall to have a clear understanding of the era and how the West played an essential role in shaping the Vietnam War.

Duvall developed the concept of how the hippie era controlled the Vietnam War in the US. During the filming, Duvall had a firm grasp of the surf lingo and surfing terms used in that time period.

The Surf-Inspired War Film Would Inspire Many Generations

The surf movie, Apocalypse Now inspired an entire generation to pick up surfing. But it didn't stop there. The second generation to watch the film after its initial release also began to surf because of the movie.

The phrase "Charlie Don't Surf" can be heard in other films and songs, and it became just as popular as the sport of surf itself.  The band The Clash first played a song titled "Charlie Don't Surf" live in 1980 which would prove to become one of their most well known songs.

While Charlie is no where near the beaches where the movie was filmed, Baler Beach is now a popular surf destination for locals and tourists alike.

We've got a list of the best surfing moves if you're looking for more surf influenced entertainment.