We're all familiar with the quintessential sports movie villain. With bad-boy charm, you're able to hate and respect them for all that they do. Bodhi has all of the right qualities for your surfing antagonist, which is why he goes down in history as one of the best surf movie characters of all time.

Come dive in with us as we explore Bodhi in both Point Break films. 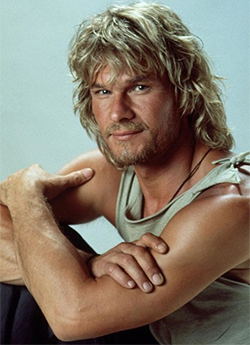 Bodhi, a surfer, bank robber, and leader of an extreme sports criminal crew, is the main antagonist in both Point Break action films.

However, Boddhi has many skills beyond surfing that we get to see during these films, including gunmanship and combat proficiency.

In the original, Bodhi spends his time robbing banks to fund his exciting yet dangerous lifestyle.

Throughout the latter half of the film, Bodhi attempts to kill FBI agent Utah over his desire to capture him.

Bodhi uses his skills to weed his way into worldwide financial markets in the remake, though he ultimately fails.

Bodhi's primary goal in the remake is to complete the Ozaki 8, which he succeeds in doing. 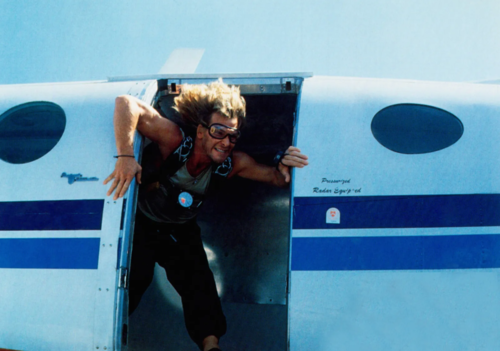 In the first film, directed by Kathryn Bigelow, Bodhi is portrayed by none other than Patrick Swayze.

He is introduced as a spiritual yet adrenaline-charged surfer in search of the biggest thrills. After meeting Johnny Utah (Keanu Reeves), a former football star-turned-FBI agent, he invites him into his posse of surfers, all while defending him against the mean gang of surf locals.

During this time, Johnny finds a clue after analyzing hair toxins from one of the bank robbers during a raid on one of the local surf gangs. Though this group of surfers is a group of criminals, are they the "Ex-Presidents" as Johnny expected?

When noting that one of the surfers in Bodhi's crew moons everyone the same way one of the culprits did after leaving the robbery, he begins to suspect Bodhi and his crew are the "ex-presidents."

Eventually, Johnny's suspicions are confirmed when he sees Bodhi and his pal Roach case a bank. At one point, Johnny gets a clear shot of Bodhi during a chase scene, though he never takes the shot.

After determining that Johnny is an FBI agent, Bodhi tries to manipulate him into going on skydiving adventures and death-defying surf trips. Then, he tries to get Utah to rob a bank with him by threatening to hurt his girl Tyler (played by Lori Petty).

Bodhi's time comes during the final fight scene at Bells Beach in Victoria, Australia. Bodhi had long talked about the "50 Year Storm," a storm that would produce lethal waves only twice in a century. Knowing he would not survive this wave, Utah allows Bodhi to go out into the surf, knowing that he won't come back alive.

It is during the 50-Year-Storm that we believe Bodhi dies.

FUN FACT: Anthony Kiedis, Red Hot Chili Pepper frontman, plays the character of Tone in the original film. This role was one of his few acting credits.

In the remake of the film, directed by Ericson Core, Bodhi is played by Edgar Ramirez.

Bodhi is given a new, hip haircut, though he is the same spiritual adrenaline junkie in search o the perfect wave. After getting in touch with Onno Osaki, an extreme sports athlete, he goes on a quest to complete the 8 Ordeals and reach Nirvana. Bodhi's justification for his quest is to show the world that they must change their ways to save the Earth, as it could turn people's attention back to the planet's beauty.

Bodhi links up with a crew of extreme athletes on his quest, including Grommet, Chowder, and Roach. Pascal Al Fariq, a wealthy playboy type, sponsors them on their quest.

After completing a few ordeals, Bodhi runs into Utah, an extreme sports motorcyclist, post-wipeout on a large wave in France where Utah got sucked into the wave.

After much animosity, Bodhi invites Utah into his posse.

After figuring out Johnny is a cop, he invites him on several death-defying adventures, including snowboarding, surfing, wingsuit flying, and rock climbing. Several scenes take place during the film, including the Life of Ice scenes, the bank robbery in Italy, the Master of 6 Lives, and the Ace of Ultimate Trust.

Bodhi eventually dies in a similar way to the first film, going out on a massive wave as Utah watches from a distance.

FUN FACT: Ramirez says that he never tried to go back and use Swayze's original Bodhi performance as source material, as he was a major fan of the original film and wanted to give people something fresh and new.

#1 "If you want the ultimate, you've got to be willing to pay the ultimate price. It's not tragic to die doing what you love."

#5 “Fear causes hesitation, and hesitation will cause your worst fears to come true.”

#6 “Look at it! It’s a once-in-a-lifetime opportunity, man! Let me go out there and let me get one wave, just one wave before you take me in. I mean, come on man, where I am I gonna go? Cliffs on both sides! I’m not gonna paddle my way to New Zealand! Come on, compadre. Come on.”

#7 "It’s basic dog psychology: If you scare them and get them peeing down their leg, they submit. But if you project weakness, that promotes violence, and that’s how people get hurt."

#9 "Back off Warchild, seriously."

... and possibly our favorite line:

What Is Bodhi Short For in Point Break?

Bodhi was short for "Bodhisattva," which is Buddhist for "enlightened beating."

While he is actually surfing in many of the film's surfing scenes, he did not surf in the last scene for the 50-year-storm.

Patrick Swayze did not have a stunt double for the car chases or fight scenes either.

Swayze broke four ribs on set while out riding waves.

FUN FACT: In many ways, Swayze was a real-life Bodhi, completing over 55 skydives to prepare for the film. 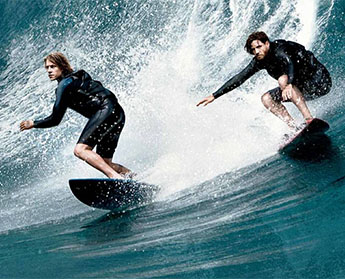 There is an uncut shot of Bodhi screaming "Adios Amigo!" while falling from an airplane. During this scene, Swayze is actually skydiving!

Did Bodhi Die At the End of Point Break?

In case you weren't sure, Bigelow, who directed the first iteration of the film, says that Bodhi kills himself at the end of the movie.

Point Break is definitely one of the top surf movies of all time, see our full list of the best surfing movies here.