For most people who enjoy animal facts, it's common knowledge that the Antarctic blue whale is the largest animal on the planet. However, size doesn't mean much unless you have something to compare it to.

Today, we're going to dive in and compare the size of this massive marine mammal to other whales and animals so you can get a better idea of just how large the blue whale species really is.

How Long Are Blue Whales Compared To Other Whales

As the largest whales, blue whales are between 70 and 90 feet long.

Just below the blue whale is the fin whale, which can grow up to 89 feet at its max.

However, on average, fin whales only grow about 70 feet long. 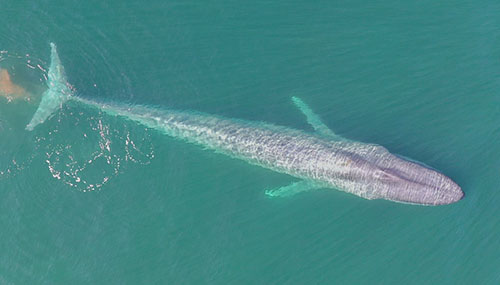 At maximum, sperm whales grow up to about 60 feet long, meaning even the largest sperm whale out there would just barely touch the length of the smallest blue whale.

Here's a whale size comparison list that will give you a better idea of different whales compared to the blue whale:

FUN FACT: The largest blue whale ever discovered was 110 feet long and weighed around 418,878 pounds.

Determining the difference between megalodon vs blue whale in terms of size is not set in stone, as the scientific community has been debating the exact size of the megalodon for years. However, the majority of reports conclude that the Megalodon was about 60 feet long, meaning the blue whale is significantly larger.

With that said, the Megalodon was much, much larger than the great white sharks of modern times. Researchers estimate the prehistoric shark was about 20 times larger than modern great whites.

FUN FACT: The largest Megalodon that ever lived was assumed to be about 250,000 pounds! 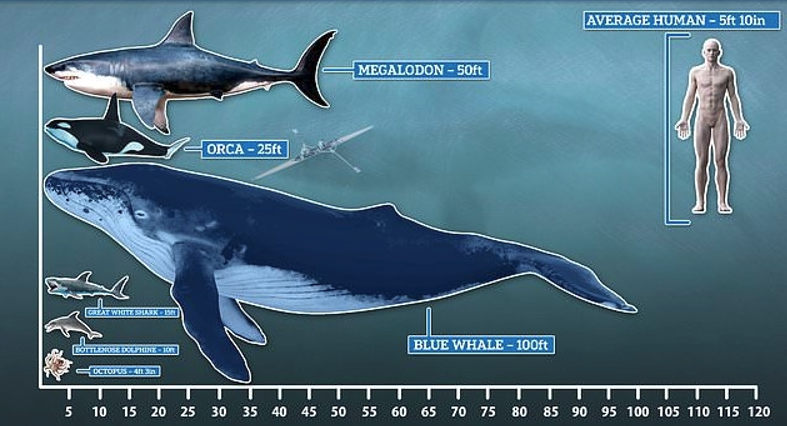 One of the best ways to gain perspective on the size of a blue whale is by comparing this species to ourselves. Even the tail of an adult blue whale is about 25 feet wide, which is almost five times the size of an average adult human!

One exciting way to think of the length of a blue whale is by placing it onto an imaginary baseball field. The blue whale would stretch from home plate just beyond first base. If you were to line people up from front to back, you could fit almost 80 people inside of a blue whale's body!

Does size matter in the blue whale community?

We're not so sure.

However, we do know that blue whales have the largest penises in the animal kingdom. On average, a blue whale's penis can grow anywhere between eight and ten feet long and is often about one foot around in terms of diameter. A blue whale's testicles alone can weigh up to 150 pounds, about the average weight of an adult male human!

To learn more about the Blue Whale Penis and 7 other weird animal penises, head over to our recent article!

Why Are Blue Whales So Big?

You'd think that these gentle giants would be much smaller, considering the fact that they only eat tiny crustaceans. However, it's actually the fact that they eat krill that makes them so massive. Specializing in eating krill is a unique task. Krill live in large swarms that blue whale must spend their lives locating and feeding on.

Throughout a blue whale's life, it will encounter many busts where it cannot find access to food. For this reason, blue whales need large energy reserves and thick, rich blubber.

If you thought adult blue whales were enormous, just imagine one of these whales giving birth to a 23-foot blue whale baby! Baby blue whales often come out at around 23 feet long, weighing between 5,000 and 6,000 pounds.

A blue whale mother must nurse her baby with milk, meaning she needs to produce more than 50 gallons of milk each day to keep her baby alive!

How Long Do Blue Whales Live?

If you're curious about how long whales live, the blue whale can live anywhere from 70 to 90 years in the wild. Though it is the largest animal in the animal kingdom, it is not the longest-living. The longest-living whale goes to the bowhead whale, which researchers believe can live well over 200 years old.

Whales die from a multitude of causes including old age, poaching, starvation, and becoming accidentally beached on land.

How Fast Are Blue Whales Compared To Other Whales?

Because of its massive body, the blue whale is not a very agile creature. On average, they will swim at about 5 mph when feeding. When traveling, a blue whale will swim at around 12 mph. When interacting with other whales or trying to avoid danger, a blue whale can swim up to 31 mph.

Most whales move at pretty similar speeds. However, the fin whale is one of the fastest whales in the world, moving at average speeds of 23 mph. 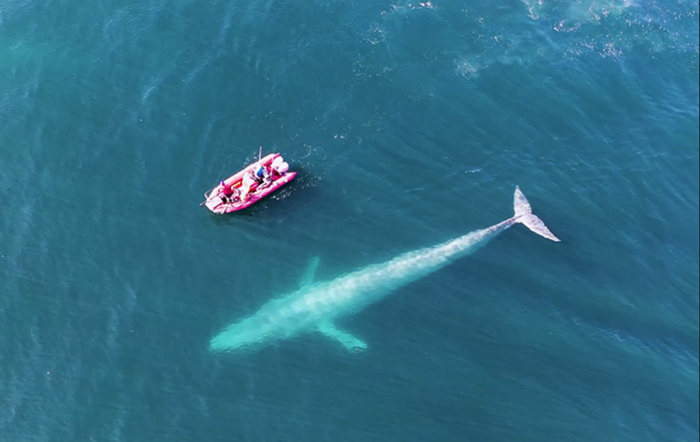 How Loud Are Blue Whales Compared To Other Whales?

Baleen whales are some of the loudest animals on Earth, and the blue whale is the loudest.

Beyond having the loudest "voices," the sounds of blue whales can travel for many miles through the ocean, helping them to communicate over vast distances.

The blue whale call can reach up to 180 decibels, which is just about as loud as your average jet plane.

How Big Is a Blue Whale's Tongue?

While not all blue whales have tongues of the same size, the average size of a blue whale's tongue is around 8,000 pounds. So, to put that in perspective, their tongues weigh just a bit more than a female Asian elephant.

How Much Do Blue Whales Eat?

Many scientists estimate that blue whales will eat about 4% of their body weight each day to maintain health. During the feeding season, a blue whale must exceed its daily food requirements so that it can store its excess energy as blubber or fat.