Back in 2003, scientists came across a Blobfish (Psychrolutes Marcidus) swimming around off the coast of northwestern New Zealand during their deep-sea NORFANZ expedition. The marine biologists on board the ship named this Blobfish "Mr. Blobby."

Today, Mr. Blobby resides in the Ichthyology Collection of the Australian Museum. The real question many have is,

Let's learn more about the world's "ugliest animal," shall we?

What Is The Blobfish?

The blobfish (scientific name: Psychrolutes Marcidus) is a Psychrolutidae family fish, sometimes referred to as a fathead sculpin. Blobfishes are found in many regions throughout the world in the deepwater of the Pacific, Indian, and Atlantic Oceans. Most often, they are found in the deep sea between 100-2,800 meters.

Blobfish float slowly along the bottom of the sea, looking for small forms of life that they let float into their mouths as food. Its unique blob body composition allows it to float deep beneath the water's surface without much effort. 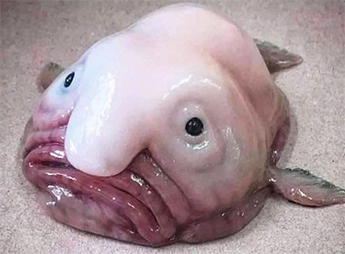 The diet of the blobfish consists primarily of crabs and mollusks that are in its way.

Unlike much of the other fish in the ocean, this species does not have a gas-filled swim bladder, allowing it to live deep off the Australian coast without succumbing to extreme pressure.

Because blobfish are only found deep along the seafloor, scientists are still confused about many aspects of their biology. For example, science still doesn't know how long the fish lives or what it's reproductive habits are. However, we know for sure that they live primarily around New Zealand, Australia, and Tasmania.

Can You Eat Blobfish?

Blobfish do not have any muscle in their body. So while you could technically eat a Blobfish, it would feel like eating a massive spoonful of Jello.

Blobfish do not have any teeth in their mouth, meaning you will never have to worry about one of them biting you. Beyond its lack of teeth for biting, rarely would you ever even encounter this fish in the water, so there's no reason to worry about it.

Why Do Blobfish Look Different Underwater? 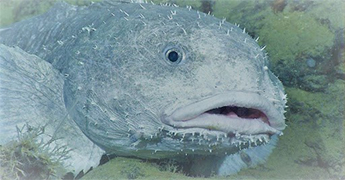 Blobfish live anywhere from 2,000 to 4,000 feet under the water. At the bottom of the ocean, the pressure shapes them to look like just about any other fish.

However, as they get closer to the surface, the pressure starts to decrease, giving this fish its blob-like form.

It is hard to tell how many blobfish there are in existence right now because they are rarely seen. Scientists believe that they are in a population decline due to commercial fishing. To catch crustaceans and orange roughy, fishermen will often use trawlers.

Blobfish are often caught in these same nets, which becomes a significant problem for other fish species in the same food chain. The good news is, a fair portion of the blobfish habitat has been shut off to fishing by the Australian Fishery Management Authority.

The Ever-Growing Popularity of The Fathead Sculpin

Life as an ugly blob may seem hard, but considering it is one of the most well-known fish in the world thanks to meme culture, the species hasn't done too bad for itself. In all, we think the world may have been a little harsh on the blobfish.

You'd probably look ugly if you had to live thousands of feet beneath the water's surface too!

If you want to catch a glimpse of the world's most popular Psychrolutes, you'll need to take a trip out to Australia and get a ticket to the Australian Museum. However, you might get also get lucky enough to spot one when diving around the deep.

Celebrate this little gelatinous fish by cranking up Michael Hearst's Blobfish tune and pay your respects to one of the sea celebrities!

Are There Sharks In The Great Lakes
January 4, 2022