Do you've ever spend time looking out over the horizon thinking,

How in the world do marlin get so big?

We do. Which is why we did some deep digging to find out more about the largest marlins ever caught.

Catching a big marlin is every angler's dream, and some of these avid fishermen were able to land marlins so big that they shook the fishing community to its core.

If you dare, come dive in with us as we take a closer look at the world record biggest marlin ever caught.

The world record Pacific Blue Marlin catch went to angler Jay de Beaubien, who caught this world-record blue marlin on May 31, 1982, while sailing off the coast of Kahawai Point, Kona.

This world-record Pacific blue marlin weighed 1,376 pounds and took less than one hour to catch! 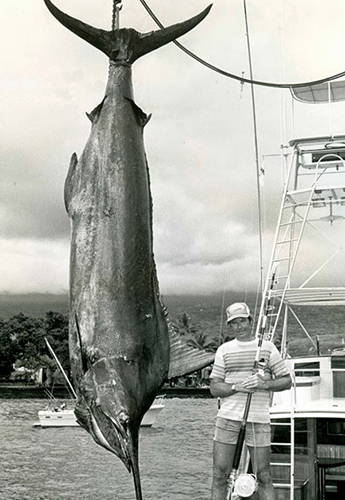 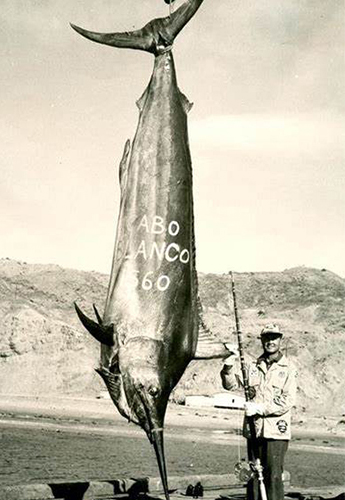 The world record for the largest Atlantic blue marlin ever caught went to Paulo Amorim, who caught this 162-inch beast in Vitoria, Brazil, on February 29, 1992.

This particular marlin weighed in at 1,402 pounds and 2 ounces.

Amorim caught this Atlantic Blue marlin with a pink and white Mold Craft Super Chugger, making him the most recent record-breaker in largest marlin ever caught.

Alfred Glassell Jr. made history on August 4, 1953, when he caught the world record black marlin outside of Cabo Blanco, Peru.

This black marlin weighed 1,560 pounds and took about an hour and 45 minutes to catch.

Many believe this catch will stand as a world record for the long run!

This momentous marlin also claimed its place our list of the Biggest Fish Ever Caught. 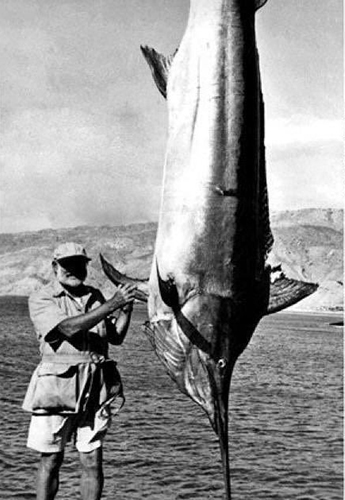 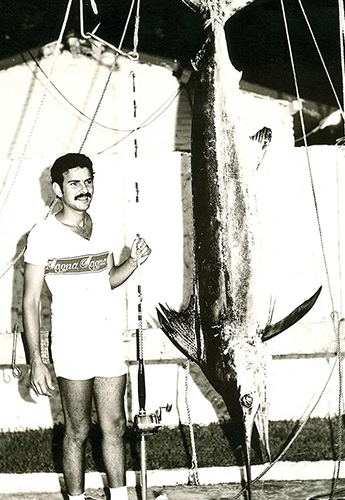 Evandro Coser, an avid Brazilian angler in his time, caught this 181-pound, 14-ounce white marlin off the coast of Vitoria, Brazil.

Striped marlin are some of the fastest fish in the ocean.

Bill Boniface, a native New Zealander, caught this 494-pound large striped marlin while boating off the coast of Tutukaka, New Zealand, on January 16, 1986. 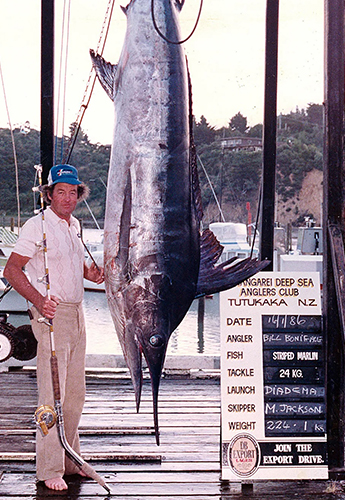 While these anglers didn't break any world records, their catches are still incredibly impressive, making their names worth mentioning.

Peter Ganz caught a 1,400-pound Atlantic blue while off the coast of the Azores Islands in the Portuguese Archipelago. If this fish was only two pounds more, he would have beat the world record that Paulo Amorim set.

Ganz decided not to haul the fish but instead decided to tag it, revive, and release it back into the water. This was one of the largest marlins that had ever been caught and is a legend for many recreational anglers. 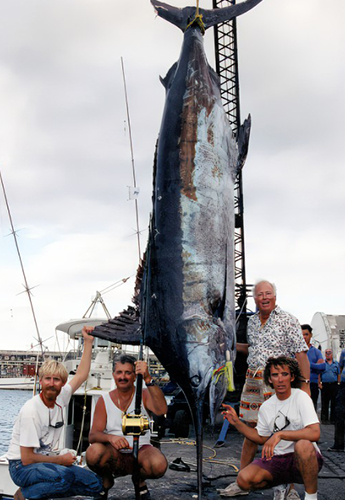 While fishing off the coast of the Azores in the Atlantic Ocean, just near the island of Faial, Delbrel was able to reel in a 1,189-pound Atlantic blue marlin.

Melton was boating in Madeira when he reeled in a 1,083-pound Atlantic Marlin, though he caught this massive fish with an 80-pound tackle.

The very first thousand-pound marlin that was ever reeled in was thanks to Jack Harrington, who caught this fish, weighing 1,142 pounds, while boating off the Oregon inlet. This marlin was the biggest blue marlin caught for many years!

Do you have what it takes to catch a world record marlin?

A large marlin represents the biggest benchmark for anglers chasing large fish. As a competitive angler, why wouldn't your dream be to catch the world's biggest fish?

As of today, there have been many super close catches with fish weighing as much as 2,000 pounds, so the world records are still out there to be had!