You're probably wondering where you can see the biggest fish in the world. While sharks are some of the largest specimens in the ocean, we're instead looking at other species of Chondrichthyes, as well as Osteichthyes, which include more than 28,000 species of fish.

Some of the largest shark species on Earth include the Whale Shark, the Basking Shark, the Great White Shark, and the Tiger Shark (sea tiger).

However, for today, come dive in with us as we learn more about the world's biggest fish.

The 7 Biggest Fish In The World

The giant oceanic manta ray has been found in the southern regions of South Africa and the northern regions of New Jersey. Scuba divers seek to swim alongside these massive marine life species fairly often. 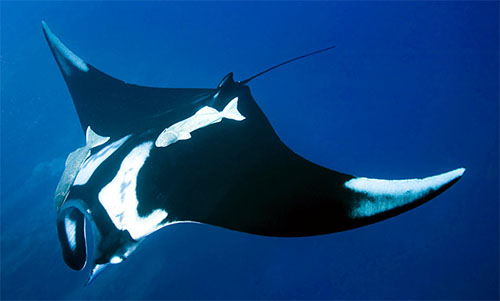 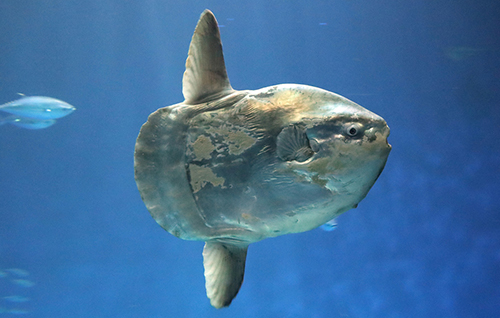 The Ocean Sunfish, otherwise known as the Mola Mola, is the second biggest fish on Earth. You will often find ocean sunfish in temperate and tropical oceans around the globe.

The ocean sunfish can grow up to 10 feet in length with thin bodies and fat heads. A female ocean sunny can produce 300 million eggs at once, more than any other vertebrae in the world. The Taiwanese and Japanese consider this bony fish a delicacy. However, its massive size has caused many boating accidents after jumping out of the water.

The Southern sunfish, otherwise known as Ramsay's sunfish, the bump-head sunfish, or the short sunfish, can grow up to 11 feet in length and 2.3 tons in weight.

Although they're definitely not the fastest fish in the ocean, while lying on their sides, the Southern Sunfish will use its massive fins to move quickly through the water.

Along with most other fish on this list, this species is highly elusive.

You can find these fish diving deep in cold water to catch their prey, though they mostly live in warmer waters. 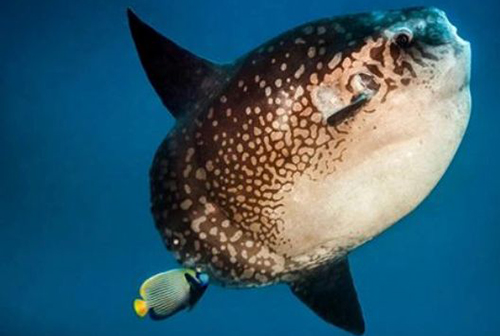 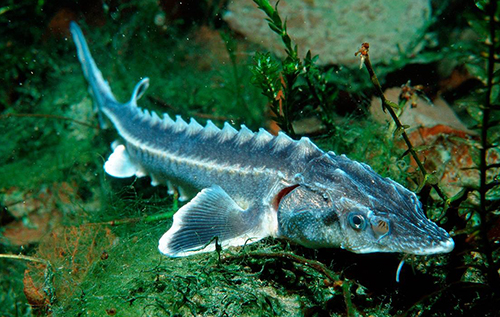 Otherwise known as the Huso Huso, the great sturgeon grows more than 24 feet in length and weigh more than 2 tons.

You will mostly find this large bony fish in the basins of the Black and Caspian Seas. However, commercial anglers will often target these massive fish due to the rare Beluga caviar that the female Beluga produces.

The Sharptail Mola can grow up to 9.8 feet long and can weigh up to two tons. In many ways, the Osteichthyes look like elliptical sunfish, though it has a sword-like protrusion in the center of its tail.

Because of how elusive this species is, scientists have little knowledge of its behavior.

While they don't know many of its specific locations, they know that it typically lives in temperate or tropical waters. Many anglers have caught the Sharptail Mola around the Gulf of Mexico. 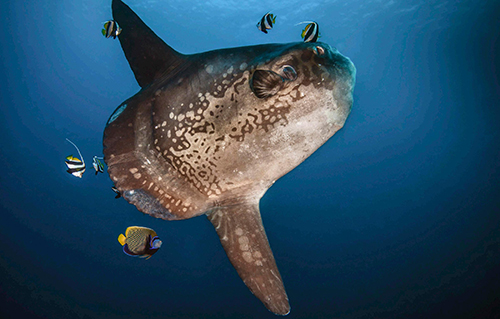 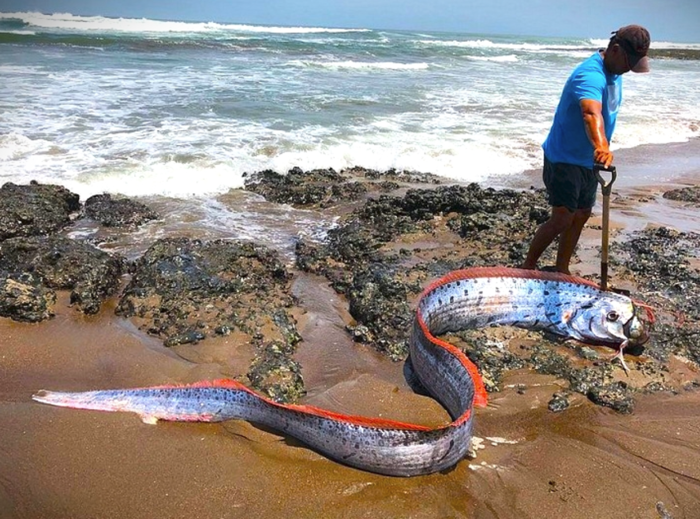 However, scuba divers have found this Giant Oarfish at around 36 feet in length, and the largest recorded in history was 110 feet long!

Compared to other large fish, the Giant Oarfish is one of the most elusive large organisms in the sea. They often live at depths down to 3,300 feet.

They are also called Pacific oarfish and streamer fish.

The Hoodwinker Sunfish, which people often refer to as the "sunfish," is the sixth largest fish in the world. With a flat, elliptical shape, this fish can grow up to 7.9 feet long and weigh up to 1.87 tons. However, it wasn't until 2014 that scientists reported this massive fish when they found it swimming off the coast of New Zealand.

As of today, people have seen the fish around South Africa, Chile, and Australia. However, because the fish will often dive hundreds of feet to the bottom of the ocean to catch prey, researchers have difficulty studying it. 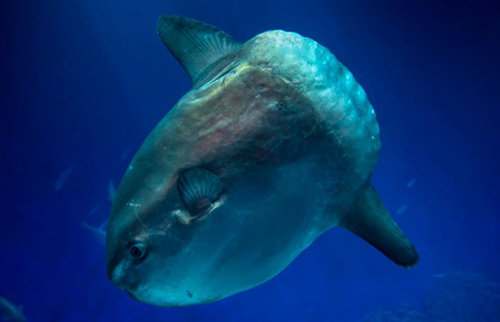 Biggest Freshwater Fish In The World

Biggest Beta Fish In The World

The Giant Beta fish is the largest version of beta in the world. These are simply supersized versions of regular beta fish, which are made by breeding extremely large beta fish until they grow larger and larger.

Biggest Koi Fish In The World

The world's largest koi fish was found in 2007, which weighed about 90 pounds.

This very large fish was fittingly named "Big Girl" and is three times larger than any other species of Koi found in the United Kingdom.

On average, the koi fish is around 12 pounds.

Biggest Gold Fish In The World

Head over to our Biggest Goldfish In The World article to see pictures of these beauties!

Biggest Angler Fish In The World

While the angler fish might look pretty ferocious, this fish species is relatively small. The largest angler ever caught, which was a Black Seadveil, was only 9 centimeters long.

Largest Living Species In the Ocean

The largest species in the ocean is the blue whale. These mammals are one of the largest animals to have ever existed on Earth. A blue whale can weigh upwards of 300,000 pounds and can grow over 100 feet in length.

According to the International Game Fish Association, the biggest fish ever caught beside a shark was an Atlantic Halibut back in 2004. Thomas Nielsen caught this 418-pound beast back in 2004 off the coast of Vannaya Troms, Norway. This specimen took over an hour to catch.

Want to check out 2 other elusive fish species? Head over to our recent articles on Blobfish and Skilfish!