History Of The Longboard Surfboard 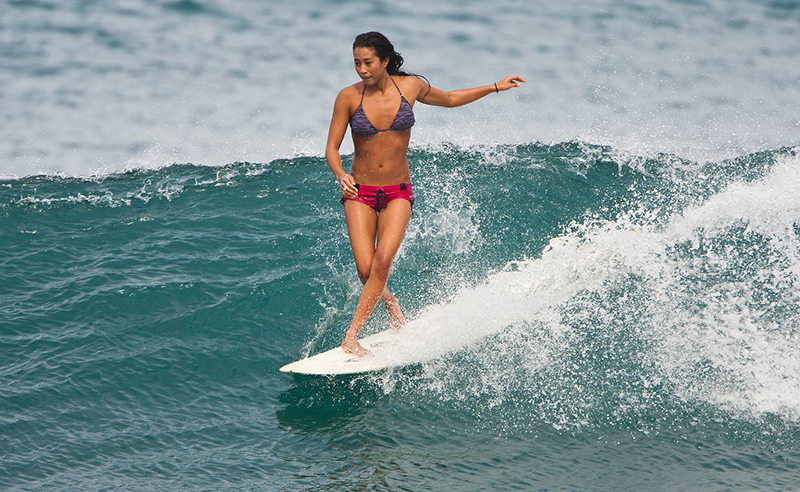 While shortboarding came around just recently, humans have been crafting large floating vessels for quite some time. Now while longboards have evolved over the years, their history runs quite deep, making for a very interesting story.

Come dive in with us as we explore the unique, spiritual, and exciting history of one of the greatest gifts in surfing: The longboard.

Although the origin of surfing is generally agreed upon, the timeline is more vague. However many thousands of years ago it occurred, the Polynesians were the first to explore this deeper connection with the ocean. In order to move atop the waves, they created boards from wood. Little did they know, they were creating the first version of the modern longboard - the olo board. Only the ruling class rode olos, and their use was a spectacle for the whole town to watch. Although it’s unclear whether the Polynesians rode olo boards in barely breaking waves suited for their large length, or in huge surf suited for their narrow width, they clearly displayed that necessity is the father of invention. The Polynesian creation of surfing symbolized their connection with the ocean, their desire to be one with the waves. This respect passed through generations of surfers, and is still a noticeable quality of Polynesian culture. Even as surfing declined when the Polynesian Islands were colonized, the idea of connectedness with the ocean that these people found has lived on. Although you don’t see many 20 foot longboards in a modern lineup, the Polynesians are accredited for the creation of the board (and the sport). 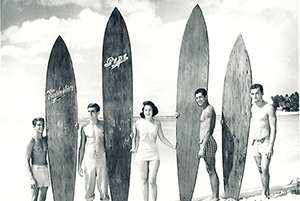 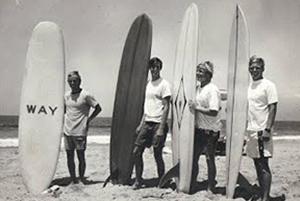 Returning to Their Roots

Imagine a Waikiki beach packed full of women in high-leg bikinis and men in aloha shirts, playing ukulele, observing a few surfers in matching board shorts. They’re gliding around, leashless, on big redwood surfboards that they’re dancing all over. This classic surf scene is characteristic of the revival of Hawaiian surfing in the early 1900’s. The revival of surfing at Waikiki set the precedent for the classic longboarding seen in 1960’s Malibu - gliders, pigs, toes on the nose. Although, the first days at many famous Hawaiian spots were also ridden by giant, leashless boards. Since surfers didn’t have many options in these days, Hawaiians learned how to surf big boards in even bigger waves. Hawaiian watermen displayed their superior understanding of the ocean by longboarding some of the heaviest, deadliest waves on Earth. These surfers were humbled by the oceans power, and they respected the wisdom of the more experienced - lessons that are imperative to surf culture.

The Era Typically Titled Something About Miki Dora

When the surf craze took flight in the United States, many of the lessons passed down through Polynesian cultures were lost. Aside from the inevitable mass production of boards, Miki Dora himself may be the best symbol for the American influence on Polynesian surfing culture. While Dora was an inspiring surfer, he definitely brought his own idiosyncrasies into the sport (as many did in this era). There are accounts of him checking the surf in white tennis shoes, dragging his board up the beach by the fin, and waxing it with crayons. Miki Dora’s longboarding was one of the most beautiful spectacles of surfing that has ever been seen, but surfers like Dora were icons of the California surf craze. For better or for worse, once surfing caught on in the US, the rest was history.

Miki Dora is not to blame for the changes that longboarding faced when it reached the United States. Change is natural, and it has continued to impose upon the origins of the sport to this day. Regardless of the constant flux in surf cultures, it is worth noting that the origins of longboarding were not limited to icons like Dora, Endless Summer, and Windansea. Instead, the origins of longboarding began thousands of years ago and were a vital aspect of Polynesian culture. I’m not insinuating, in this article, that longboarders are inherently more respectful of the ocean and of one another than shortboarders are; but, I am noting the long history behind this type of surfing, and the values that came with it. Learning about the history and the culture behind this beautiful sport may inspire more lineups full of respectful surfers - regardless of their board. 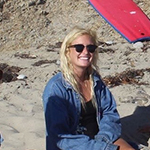