While there are many famous waves in the world, none of them provides surfers with endless, near-perfect barrels quite like Banzai Pipeline.

Of course, the first step to riding one of the world's most legendary waves is gaining a better understanding of it. Respect the ocean, young paddle-wan!

Come drop in with us as we explore the most iconic surfing experience on Oahu's North Shore: Banzai Pipeline.

A Deep Dive Into Banzai Pipeline

Banzai Pipeline is just west of Ehukai Beach Park on the North Shore of Oahu.

Ehukai Beach Park is one of the most gorgeous stretches of the North Shore. If you visit Ehukai Beach Park during the winter, you can walk out to the edge of the water and see people surfing Banzai Pipeline.

How To Get To Ehukai Beach

Most surfers get to Ehukai Beach from Waikiki.

You can start by heading down to Kuhio Ave, hopping on the 52 bus, and heading to Haleiwa Town.

Once in Haleiwa Town, you can hop on the Oahu Bus 60 or 88A, which will take you to the various beaches on the North Shore.

Your bus driver will let you know once you've reached the area to hop off for Banzai Pipeline. 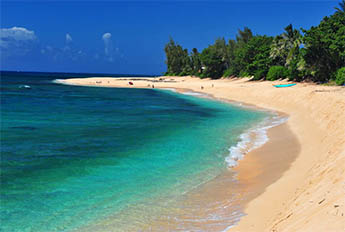 Why Banzai Pipeline Has Such Legendary Status

The beauty of surfing Pipeline is that the face has several different faces.

The one that every surfer is after is known as "Pipe" or "First Reef and is a legendary left-hander. Some surfers, however, take the right-hander breaking off the peak known as "Backdoor." Some of Pipeline's sister waves include Second Reef and Third Reef, which come about when major swells hit the region's underwater caverns and shallow lava sea bed. 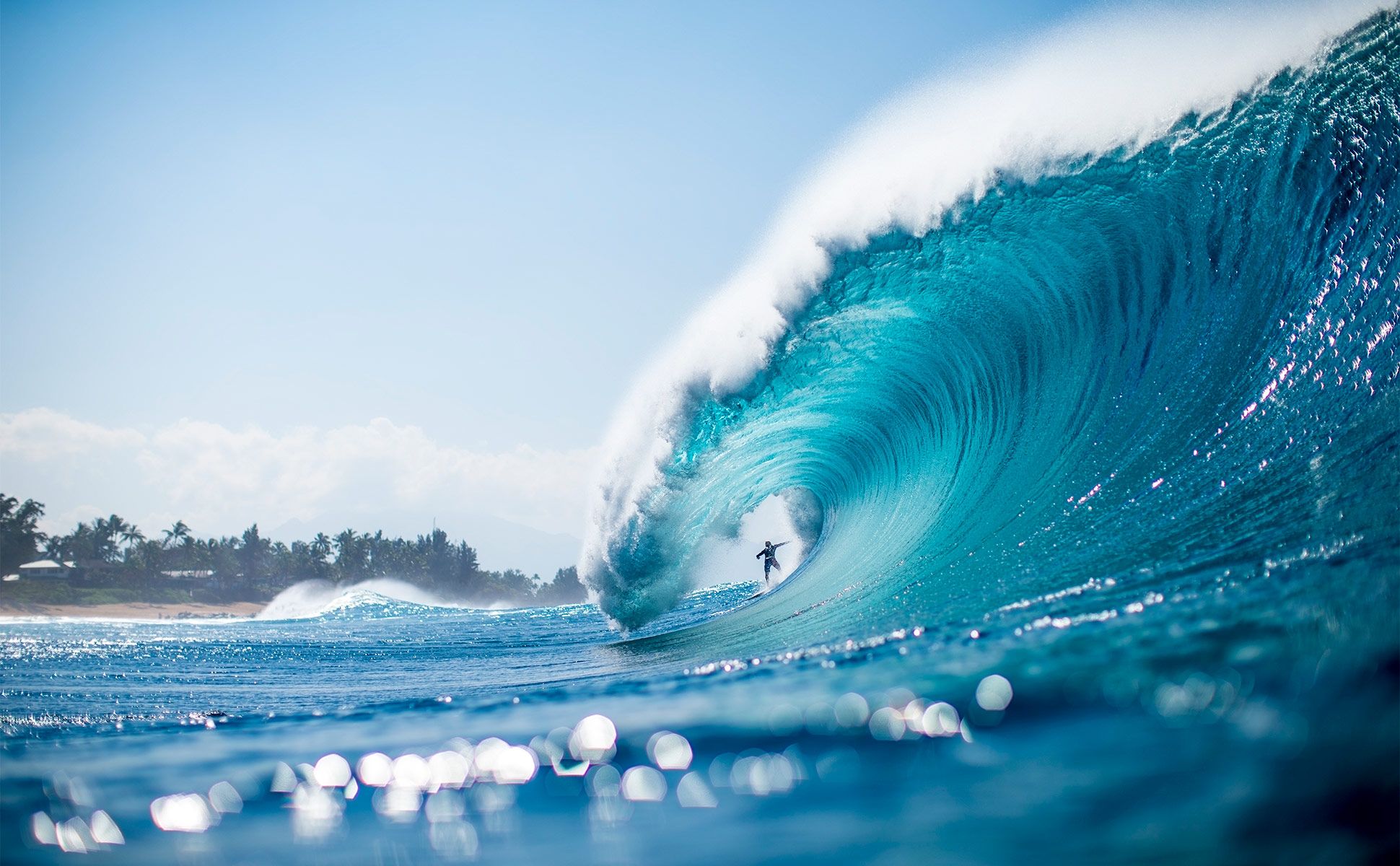 One of the reasons this wave has major legendary status is that it is the final point on the Triple Crown of Surfing, one of Hawaii's specialty surfing events. Some of the past winners of this event (known as Pipe Masters) include:

Beyond Triple Crown winners, many riders have taken home the title of "Mr. Pipeline," a title given only to those who consistently ride Banzai Pipeline and have mastered the secrets within the ultimate wave. Some of the receivers of this title include:

Some of our other favorite events besides Pipe Masters include Da Hui Backdoor Shootout and Volcom Pipe Pro.

The first person ever recorded surfing Pipeline was Phil Edwards back in 1961. Phil Edwards was filmed by his surfing buddy Bruce Brown back in 1961, opening up a brand new surfing chapter for the North Shore of Oahu. You can watch this legendary Banzai Pipeline ride go down in Brown's classic film, "Surfing Hollow Days." 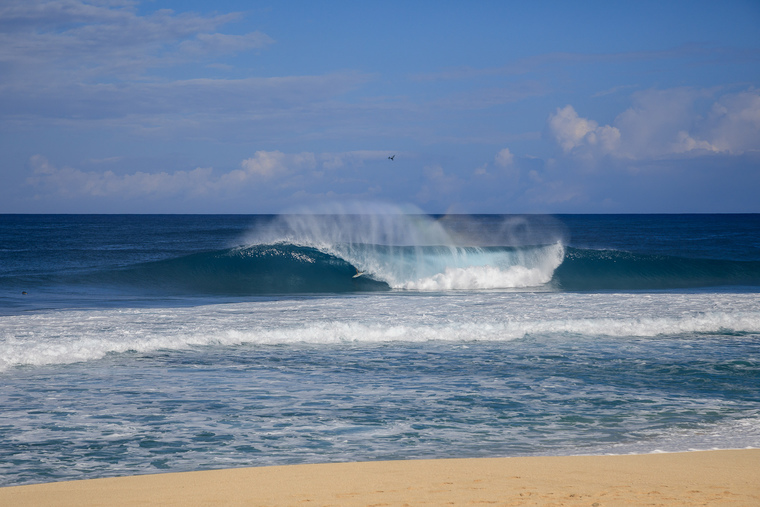 "The World's Deadliest Wave" Below The Surface 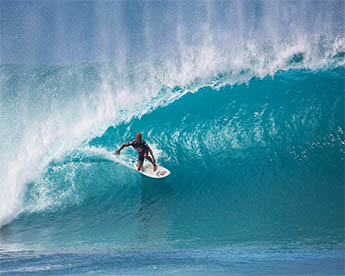 While Banzai Pipeline may be the premier tube-riding destination of the world, the wave has a sort of darkness to it.

Banzai Pipeline is one of the deadliest and most dangerous waves in the world and has claimed the lives of many surfers, not to mention it has sent hundreds of surfers to the ER.

This barreling wave breaks south of Sunset Beach on the North Shore of Oahu throughout the year and is one of the biggest and heaviest waves in the world.

A list of the surfers who died surfing this deadly wave include: 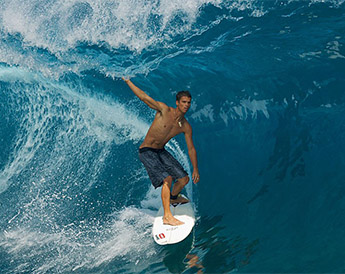 First Reef is the wave you've most likely seen pictures of, which breaks on an insanely shallow reef. When the swells get into the triple-overhead mark, there becomes a shallower roll-in entry-point before moving into the main bowl.

However, when swells get into the XXL range, the Third Reef break comes about. It is during this break that you'll see MASSIVE crowds, making the wave almost un-surfable.

So yea, the shallow reef isn't the only hazard. You'll also have to keep an eye out for aggressive Hawaiian locals and trigger-happy noobs who will send their boards flying at your noggin.

Lastly, it's not uncommon to see sharks swimming around near the waves, which is why we recommend surfing in groups if you can.

If you're planning on surfing Pipeline for the first time, make sure you are very confident in your ability to ride barrels and know how to deal with ultra-crowded lineups. To put it simply, if you're not the best barrel rider at your local break, you're probably not ready to surf Banzai Pipeline. However, if you feel confident and prepared to take on the ultimate wave, the best time to hit Banzai Pipeline is between December and March.