Because they spend their entire lives underwater, it can be shocking to discover that whales are mammals.

While they look far more similar to fish than they do us, whales are one of the 6,495 mammal species on Earth today!

Join us as we explore the ins and outs of the whale world!

What Is a Mammal?

Before we dive in to the whale details, it's important you know what mammals are. The class Mammalia lives with the subphylum Vertebrata. While all mammals nurse their young with milk, there are three separate groups, including eutherians, marsupials, and monotremes.

Eutherians give birth at a relatively late stage of development, nourishing their young during the pregnancy stage with placentas. Examples include humans, bears, giraffes and whales. Although marsupials also have placentas, their young are much less developed at birth than eutherians, so babies must rely on the mother's pouch and milk for protection and nourishment. 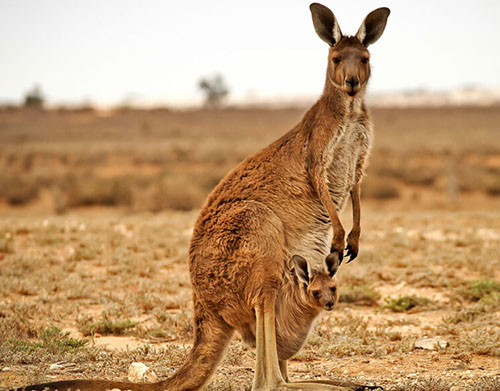 They are mostly found in Australia, and include koalas, kangaroos, wombats and opossums. Lastly, we have monotremes, which are mammals that lay eggs, including spiny anteaters and platypuses.

Fun Fact: most all mammals, no matter their grouping, from the tallest giraffes to the tiniest mice, and even the largest whales have exactly 7 cervical vertebrae in their necks.

1.) Mammals are different from other animals in that they have hair or fur. While most mammals have a thick coat of hair or fur, others have less obvious coats.

2.) Mammals have three middle ear bones that we refer to as ossicles, which are made up of the stapes, incus, and malleus. These bones transfer energy to the inner ear from the eardrum.

3.) Another important mammalian factor is the fact that they all have mammary glands. The word "mammals" comes from the Latin word "mamma," meaning "breast." Mammals use their mammary glands to produce milk.

4.) All mammals are warm blooded, meaning they have the ability to regulate their own body temperature, no matter the environment. Their bodies maintain a higher temperature than their surroundings.

5.) Sweat glands assist in lowering the body temperature of mammals. Just like humans, mammalian animals' skin surface gets cooled by the evaporation of water in the form of sweat.

7.) A specialized brain region called a neocortex. Perception and cognition are centered here. The neocortex is the seat of consciousness, also responsible for social and emotional processing.

8.) While not all mammalian teeth look the same, all mammals have specialized teeth. These include incisors, canines, molars and premolars. The diet of the individual mammal species will predict what type of teeth they have, as these teeth are specialized to the type of food they eat. What whales eat, which differs by species, determines whether or not they are equipped with baleen or teeth.

Why Are Whales Mammals? 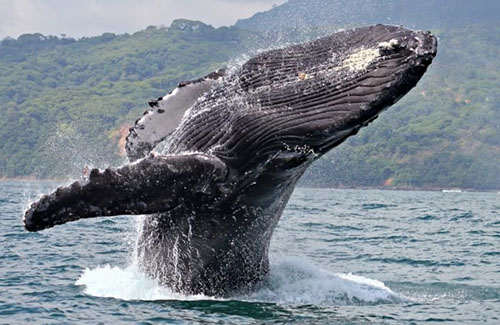 Just like humans and other mammals found on land, whales have the mammalian distinctions listed above.

One thing unique aspect to whales is that while they're born with minimal hair, they continuously lose that hair as they get older.

As they grow, insulating fat around their bodies increases and reduces the need for the small amount of hair that they're born with.

A few other marine mammals include walruses, seals, otters, and dolphins.

Fun Fact: Even though they don't spend the majority of their lives under water, polar bears are considered marine mammals as well!

How Do Whales Breathe

Whales can store much more oxygen in their muscles and blood than land mammals can. This is due to the higher concentrations of myoglobin and hemoglobin that whales have.

The purpose of this extra oxygen storage is so that their muscles and organs remain oxygenated while they hold their breaths for long periods of time as they dive underwater.

Whales that dive deep withstand enormous amounts of pressure from the water above them, and their lungs have the ability to collapse and compress while they are at the depths, allowing them to survive. 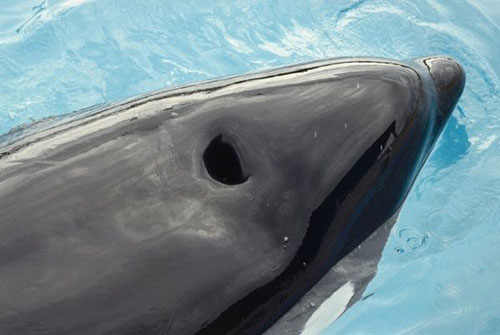 Because of this amazing adaptation, whales never have to fear nitrogen narcosis as human divers do. The reason a whale will never get the bends is because their compressed lungs prevent excessive nitrogen to be taken up.

Their lungs are also much more muscular and efficient than land-dwelling mammals. For perspective: the most athletic humans can exhale 10% of the air in their lungs at any given time, while whales can exhale 90%. They do this to clear their lungs before taking up a new big amount of fresh air.

In addition, whales can absorb 90% of the oxygen in the air that is taken in through their blowholes, while humans can only absorb 5%.

How Are Whales Different From Fish?

Because they're warm blooded, ultra thick layers of blubber keep whales insulated from cold waters. This is especially true for the Antarctic and Arctic ocean dwellers. Many whale species have blubber up to ten inches thick! Whales need fair amounts of food to maintain body heat and energy as well.

Fish generally have thin skin. Cold-blooded fish do not need to maintain their body heat like whales because they are naturally able to adjust to changes in temperature. Fish also have antifreeze proteins in the blood, preventing their blood from freezing in extremely low temperatures.

However, one of the strongest physiological distinctions between whales and fish is that fish have gills and whales do not. Fish use their gills to extract oxygen from the water around them, allowing them to live in the water for their entire lives without having to go above the surface.

Whales have blowholes, which connect to their lungs. Unlike fish, these animals cannot extract oxygen from water. This means that to survive, whales must come to the surface frequently to get oxygen. 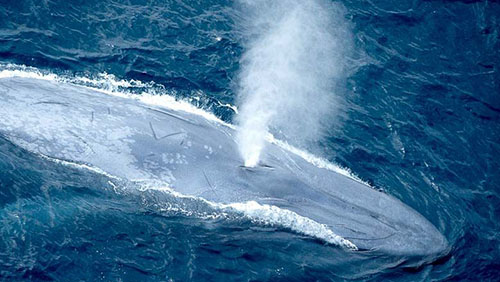 Many whales stay below the surface for more than 90 minutes at a time. However, some must come up for air every 20 minutes or so.

If a whale takes water into its lungs or spends too much time below the surface, it can suffocate and drown. Learn more in our recent article: How Do Whales Die. The same thing goes for fish who spend too much time above the surface of the water.

Lastly, when it comes to bone structure, whales and fish are much different. Scientists believe that whales evolved from land-dwellers over millions of years. The way that the whale's spine curves give scientists evidence that they once ran on land instead of swam. Plus, whales swim by creating propulsion, moving their flukes and tails up and down.

On the other hand, when fish swim, their spines move from right to left. Plus, the fastest fish have streamlined bodies that turn and move quickly in the water.

Whales have bones in their flippers, unlike fish, which look a lot like the bone structures of their land-dwelling ancestors. Scientists believe that this is an explanation as to why whales breathe air and are warm-blooded.

It should also be noted that whales have bones made out of relatively inflexible material that keeps blood healthy and flowing. Plus, their bony skeletons keep them protected from other predators.

Whales give birth to live young, only one calf at a time. They can get pregnant every two to five years. Whales are unique in that their mothers care for them anywhere from several months to several years after birth. Similar to dolphins and porpoises, mothers feed baby whales milk during their first years of life so that they grow up healthily before they eventually get out in the world and learn to hunt on their own.

Most fish species don't provide a lot of love for their young. Baby fish have to fend for themselves and rely on the nutrient sack that was attached to them at birth until they can survive and hunt without help.

Some species of fish lay tens of thousands of eggs at a time! This optimizes their chances of passing on their genes to future generations. Most of these offspring die naturally, and many get eaten along the way. The lucky ones live long enough to eventually reproduce and allow the family legacy to continue.

Lastly, it is important to note that fish have vertically-oriented tails. To swim, they must move their tails side to side in a slashing motion. On the other hand, whales are more like seals and dolphins in that they have horizontally-oriented tails. Whales swim by the rolling up and down motion of their tails which propels them forward and also allows them to breach.