The scientific community classifies animals throughout the animal kingdom into different groups based on different characteristics. The fish species is one of the most impressive in the world as there are more than 34,000 species of fish living in fresh and saline waters throughout the globe.

But what family does the fish species belong to?

Are fish amphibians, reptiles, mammals, or something all their own?

Come dive in with us as we find out more!

Is A Fish An Amphibian?

Some of the most popular amphibians include toads, frogs, and salamanders. These species often have to keep their skin wet, which is why they periodically return to the water. They also lay their eggs in water to keep them moist until they hatch.

The unique thing about amphibians is they begin their lives with gills, very similar to fish, though they eventually develop lungs, allowing them to live on land. 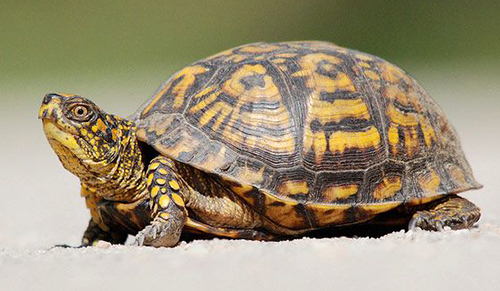 Fish are not reptiles either.

Many people get reptiles and amphibians confused, though reptiles are a class all their own. Reptiles include snakes, turtles, alligators, and lizards. All reptiles have lungs they use to live and breathe on land. Unlike amphibians, reptiles do not need to keep their skin wet.

Reptiles also produce amniote eggs, which are rich in calcium carbonate. With an ultra-hard shell, these eggs aren't in danger of drying out no matter where they are.

In this regard, reptiles have a big advantage over amphibians in that they can lay their eggs on land, much safer from predators who live in rivers, lakes, and oceans.

So, What Family Do Fish Belong To?

Let's start with the fact that there are seven classes of living species that are vertebrates. These vertebrate animals are distinguished from the rest of the animal kingdom in that they have a specific skeletal system, reproductive system, and general environmental adaptation. 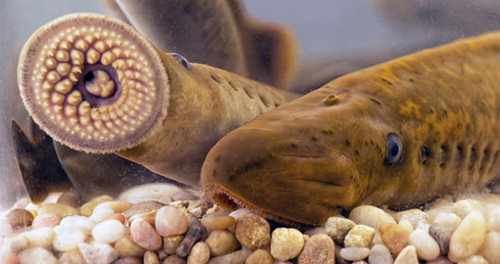 Agnatha is a class consisting of jawless fish. Some of the unique characteristics of this ancient fish species include paired fins and a lack of jaws.

Rather than jaws, agnatha fish have cyclotomic toothed mouths that they use to bore into the sides of their prey so they can suck out the blood. Agnatha fish do not have internal skeletons made of regular bone like humans.

Agnatha fish are very similar to sharks in that they are primarily made out of cartilage.

Some of the most popular fish in the agnatha class include lampreys and hagfish. 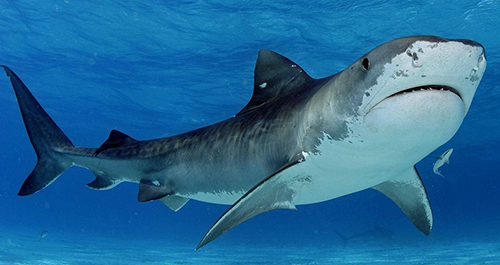 Chondrichthyes are unique in that they have skeletons made of cartilage, which is the material found in your ears and nose. However, these fish often have calcified cartilage in their spinal columns and other parts of their skeletons for more protection. 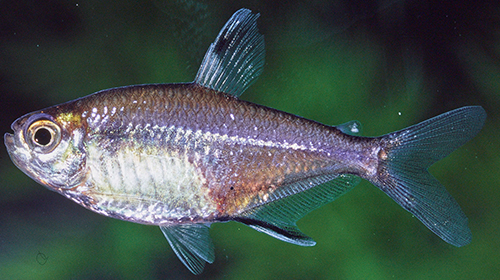 The largest class of fish is the class Osteichthyes, which is composed of more than 20,000 bony fish. With more than 20,000 species in this class, it exceeds the different kinds of all other kinds of vertebrates combined! Also, when you consider the fact that about 80% of the Earth's surface is water, it makes it a bit more believable.

Most bony fish have unique physical adaptations that let them retain their buoyancy. For example, they use special organs called swim bladders, which are gas-filled chambers in their bodies that keep them floating in the water.

These aquatic animals also have the operculum, which is a unique bone found on each side of a fish, acting as a security chamber for its gills. By simply moving its operculum, a fish can breathe without swimming.

The majority of bony fish are ray-finned fish, meaning their skeletons are thin and flexible. However, there are also lobe-finned fish, which have ultra-muscular fins supported by their bones.

Unfortunately, there are only one species of lobe-finned fish living in the ocean today — the coelacanth. Many scientists believe these unique fish are the ancestors of tetrapods or four-legged land animals.

FUN FACT - It was thought that coelacanths had gone extinct until a fisherman caught a live one off the coast of South Africa in 1938. It wasn't until 1997 that another live coelacanth was discovered in an Indonesian market.

How Do Fish Differ From Other Animals?

As you now know, fish are considered animals, though they don't belong to the families of reptiles and amphibians.

Fish are very unique creatures with characteristics that set them apart from other land animals and aquatic animals. For starters, fish live in water and spend their entire lives there. They have gills, scales, and fins too.

With that said, there are other types of aquatic life that we don't consider fish either. Dolphins, whales, starfish, and jellyfish might spend their lives in the ocean, though they do not belong to the fish class.

Starfish and jellyfish are invertebrates, meaning they do not have backbones.

Dolphins and whales, on the other hand, are mammals. Mammals are unique in that they conceive their young through the reproductive tract. Once their young are born, mammals nourish them with milk. The mammal body, similar to the bird body, is warm-blooded. Regardless of their environmental conditions, they can maintain a relatively stable core body temperature. The warm-blooded mammal body is very different from the body of cold-blooded animals in that way.

The Evolutionary Link Between Fish and Other Animals

Scientists believe that the fish species was established before all other species. Per the evolutionary theory, it is believed that different classes, including birds, mammals, reptiles, and amphibians stemmed from fish. About 400 million years ago, the lobe-finned fish started evolving into aquatic animals that primarily lived on land, but relied on water for reproduction. Lobe-finned fish that still exist today are the coelacanth and the lung fish.

Cold-blooded reptiles eventually came into the fold. It is estimated that 300 million years ago the first vertebrate reptiles existed. Unlike the amphibius tetrapods that came before them, reptiles no longer had to have water available for reproduction and were much better suited for life on land.